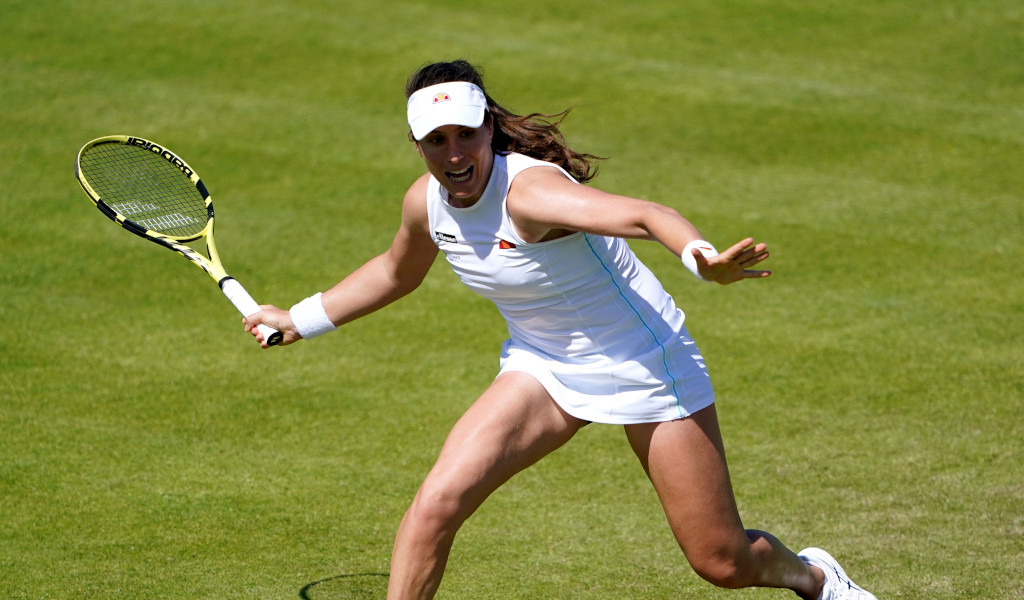 Johanna Konta enjoyed the special occasion of playing in front of home fans for the first time since 2019 in her routine win at the Viking Open.

The British No 1 has not played in this country since her Wimbledon quarter-final loss two years ago, but thrilled the 400-strong crowd in Nottingham in a second-round victory over Lesley Pattinama Kerkhove.

Konta won 6-1, 6-3 in little over an hour to book her place in the last-16 of the first grass-court tournament of the summer.

And to do it in front of a modest, but partisan home support made it feel even more special.

But who did it best? THREAD 🤔 pic.twitter.com/y9f0H0uYf6

“It was really nice. It is so nice to be playing at home, on the grass,” Konta said. “Playing in front of a home crowd – there is no other way to explain it for me, it makes me very happy and it is very enjoyable. I feel very grateful.”

Konta, who was able to begin her grass-court campaign early after a first-round loss at the French Open, was happy with her first outing on this surface since that last-eight defeat to Barbora Strycova at SW19 in 2019.

“I thought it was a really great match to play,” she said. “It was tricky. The first match on grass is always quite tricky just to find your bearings and just to try to play on a new surface.

“She was also hitting quite flat, and very low to the ground, so I was definitely getting the best of what grass can offer in terms of getting low bounces. 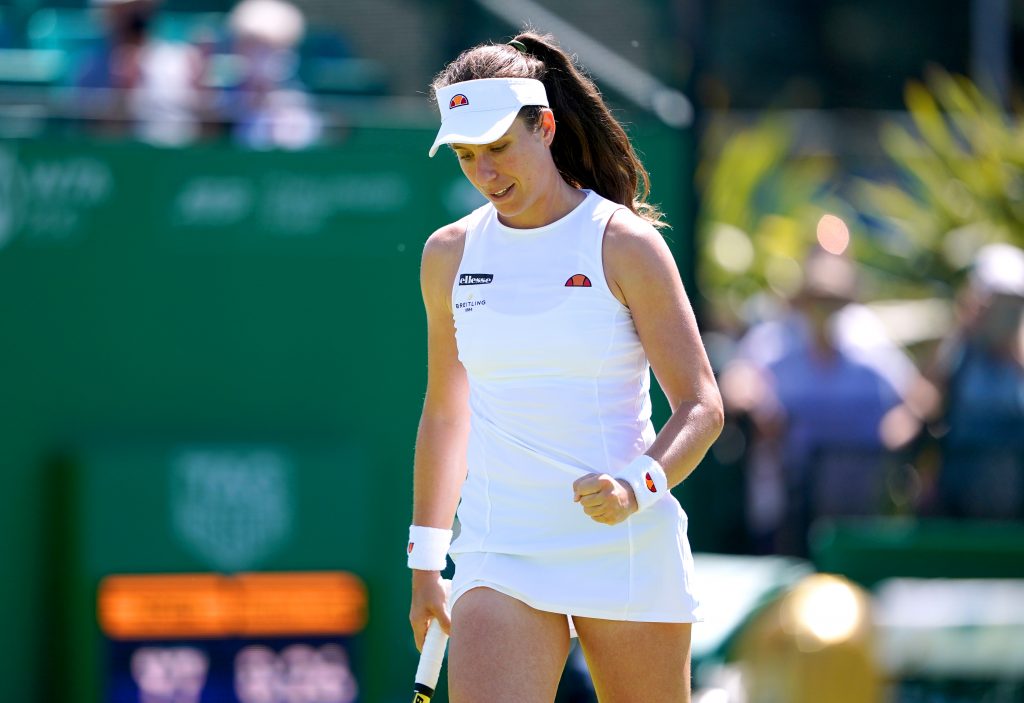 “I think overall I was pleased I was able to compete and win that match to be staying here and getting another opportunity to play another one.”

The 30-year-old sent her support to fellow Brit Francesca Jones, who left court on a wheelchair during her first-round loss on Monday.

Jones has a congenital condition which means she has three fingers and a thumb on each hand, three toes on one foot and four toes on the other, and she suffered full body cramps.

Konta is someone who has had to retire from matches several times recently, so knows how Jones is feeling.

She said: “Obviously I have had my own difficulties when it comes to things. And it can just leave you feeling quite vulnerable and shocked.

“So I am sure that she was in a lot of physical pain but then I am sure she also had a bit of shock on what happened.

“But Fran is incredibly resilient, honestly she is brilliant. She is incredibly funny and witty so I think for her, more than anything, it will be water off a duck’s back and she will just keep moving forward like she always does.”