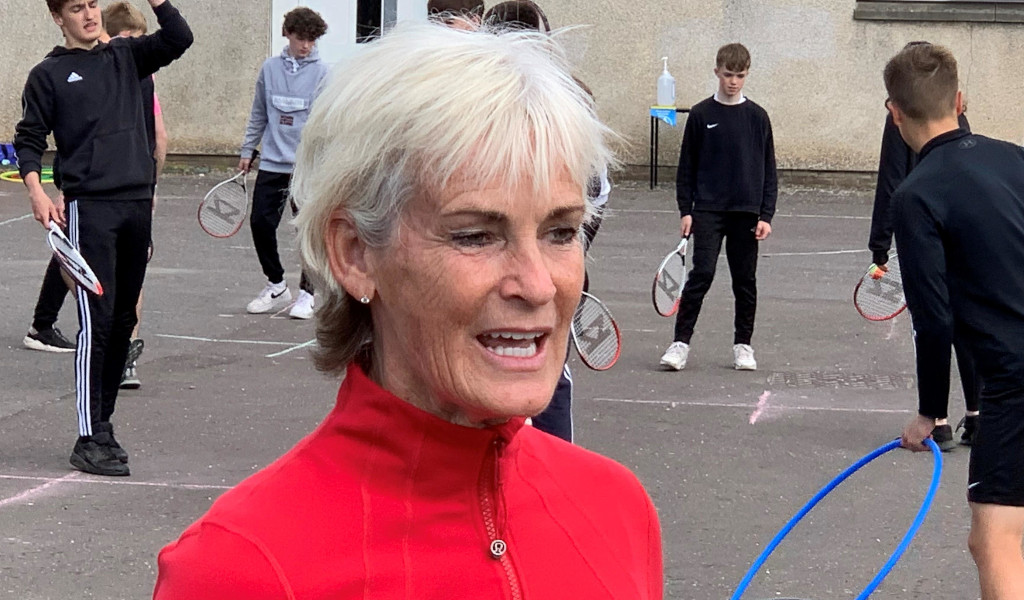 Judy Murray knows more than anyone about the elite level of Scottish tennis but is determined to grow the sport’s grassroots throughout the country.

The tennis coach is mother to former world number one Andy Murray and Jamie Murray, former doubles world number one, and is preparing for another trip to Wimbledon to cheer them both on later this month.

In the meantime, the Scot is promoting the tennis resource she developed for Education Scotland, which support teachers and practitioners to deliver tennis in a fun, stimulating and engaging way in terms of games and exercises to develop skills, for children and young people age five to 18.

Speaking at Perth Grammar school, in the midst of a playground demonstration of her programme, Murray explained her idea. 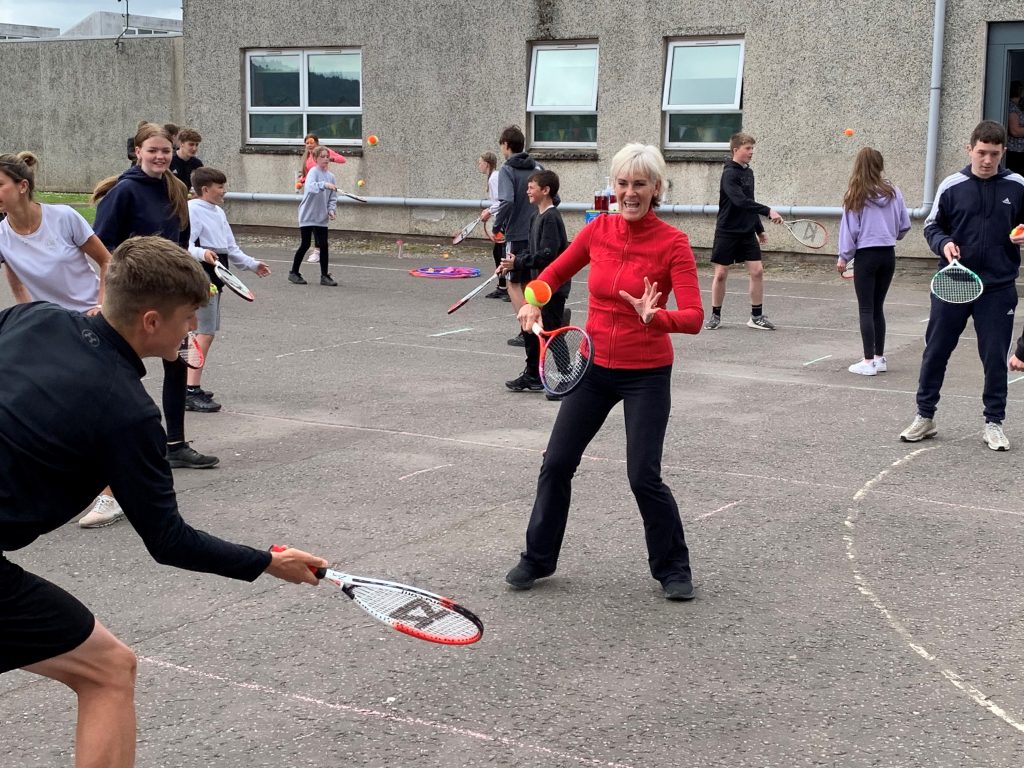 She said: “We launched it with Education Scotland a few weeks ago. It is perfect timing, summer term when people are thinking about tennis and obviously coming up to Wimbledon.

“Obviously I want there to be a great legacy from Jamie and Andy’s success in terms of many more people across the country being able to play and taking it into the schools is absolutely crucial because it gives every child an opportunity.

“Very few state schools have tennis courts now and if teachers are thinking ‘we can’t do tennis’ then no, you can absolutely do tennis.

“I have created it so every school is able to deliver it. Teachers are the key and everything is adapted to whatever school space they have.

“I have always thought that to create more activity you have to create more workforce. This makes tennis accessible and affordable to many children across Scotland.

“I would love to see more champions coming out of Scotland but right now, I believe the starting point is stacking the grassroots.

“Success would be for many more children starting in schools and exiting into the local club and getting to play the game competitively through club teams and I would love to see many more school teams have a fixture list for tennis.”

Murray admits she is “absolutely” looking forward to the day when a trip to Wimbledon is not racked with the tension of watching her offspring, both of whom are closer to the end of their respective careers than the beginning, do battle.

She said: “When I say that to people they say, ‘oh, no surely not’.

“I can’t wait to be able to go back and watch a match where I don’t care who wins or loses and it doesn’t give me that awful knot in my stomach, or the nauseous feeling or the heart attack that is almost about to happen.

“I am going down (to Wimbledon). It is the jewel in the tennis crown.

“As a British player, of course you look forward to it, even though it brings unbelievable pressure and expectation.

“It is a very special place to both of them, they both have won titles there and are members of the club so fingers crossed.”