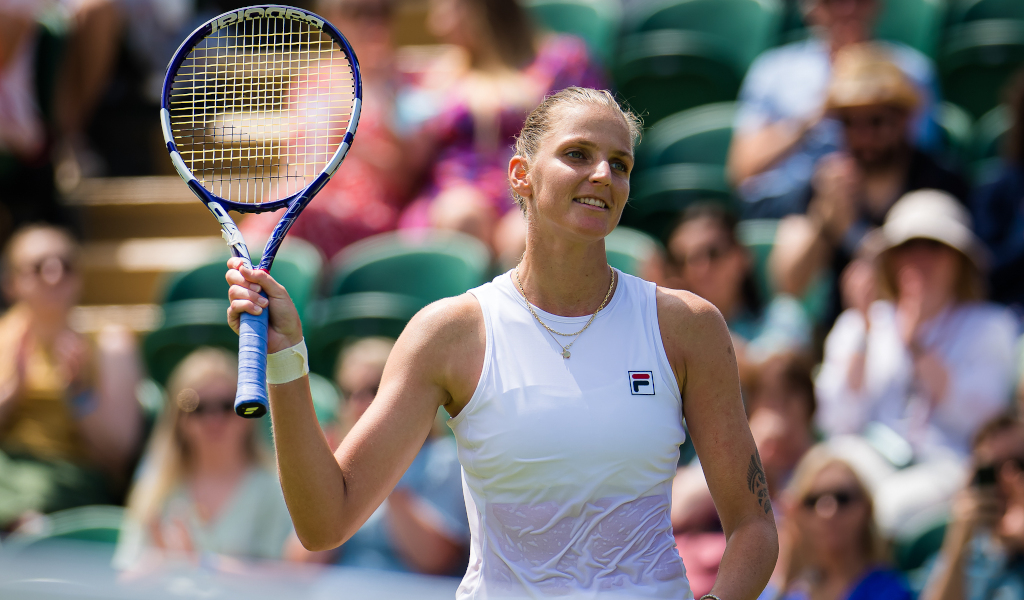 Karolina Pliskova described her first Wimbledon semi-final as feeling “like a dream” after a run of poor form.

The Czech former world No 1 had never been beyond the fourth round at the All England Club but is yet to drop a set and eased to a 6-2, 6-2 victory over surprise package Viktorija Golubic in the last eight.

Pliskova has been tipped as a future Grand Slam champion ever since she reached the US Open final in 2016 but she has never made it that far at any of the majors since and came into Wimbledon under the radar after a disappointing season.

Flying into her first #Wimbledon semi-final@KaPliskova powers past Viktorija Golubic 6-2, 6-2 on No.1 Court in one hour and 21 minutes pic.twitter.com/NJ88BeJV5a

Losing her first match at Eastbourne last month saw her drop out of the top 10 for the first time in five years, and she admitted negative comments had got to her.

The 29-year-old said: “Not that I would really read all the messages and all the comments, but sometimes you just see something or some articles. I think they can be quite brutal.

“I was five years in the top 10. Then one week I’m not in the top 10 and it’s like huge drama, especially in my country. I think these things, they just don’t help.”

Pliskova had failed to get past the fourth round at any slam since reaching the last four at the Australian Open in 2019.

Karolina Pliskova to go all the way at Wimbledon? Place a bet with Planet Sport Bet.

She has now made the semi-finals at all of the slams, and said: “It means a lot, of course. Especially after not really having many good weeks before Wimbledon, it feels like a dream a bit.

“I believed at some point I will find my game. I’m just happy it worked out well in these two weeks. Of course, it was my last grand slam missing the semi-final, so I’m happy now I have all of them.”

Golubic, ranked 66, was playing in her first grand slam quarter-final at the age of 28, with her scalps here including American duo Danielle Collins and Madison Keys.

Her one-handed backhand is a real crowd pleaser but ultimately Pliskova was far too solid, sweeping through the match in 81 minutes.

Golubic withstood pressure on her serve early in the match but Pliskova, whose clean strikes were no doubt helped by the roof being across Court One, kept pressing and won seven games in a row from 2-2 in the opener to 3-0 in the second.

Golubic belatedly began to assert some pressure on the Pliskova serve – the eighth seed has only been broken three times this tournament – but three break points in the seventh game were all met with strong deliveries and the match was over soon after.

The Czech, who takes on second seed Aryna Sabalenka in what will be a hard-hitting semi-final, said: “It was almost perfect. I would find some mistakes for sure.

“I think I did well. I think I did exactly what I needed to do to beat her. I was super focused and just trying to play every point, not to give her that many easy balls because I know she doesn’t really miss much. My serve was extremely good today. These conditions are perfect for me.”