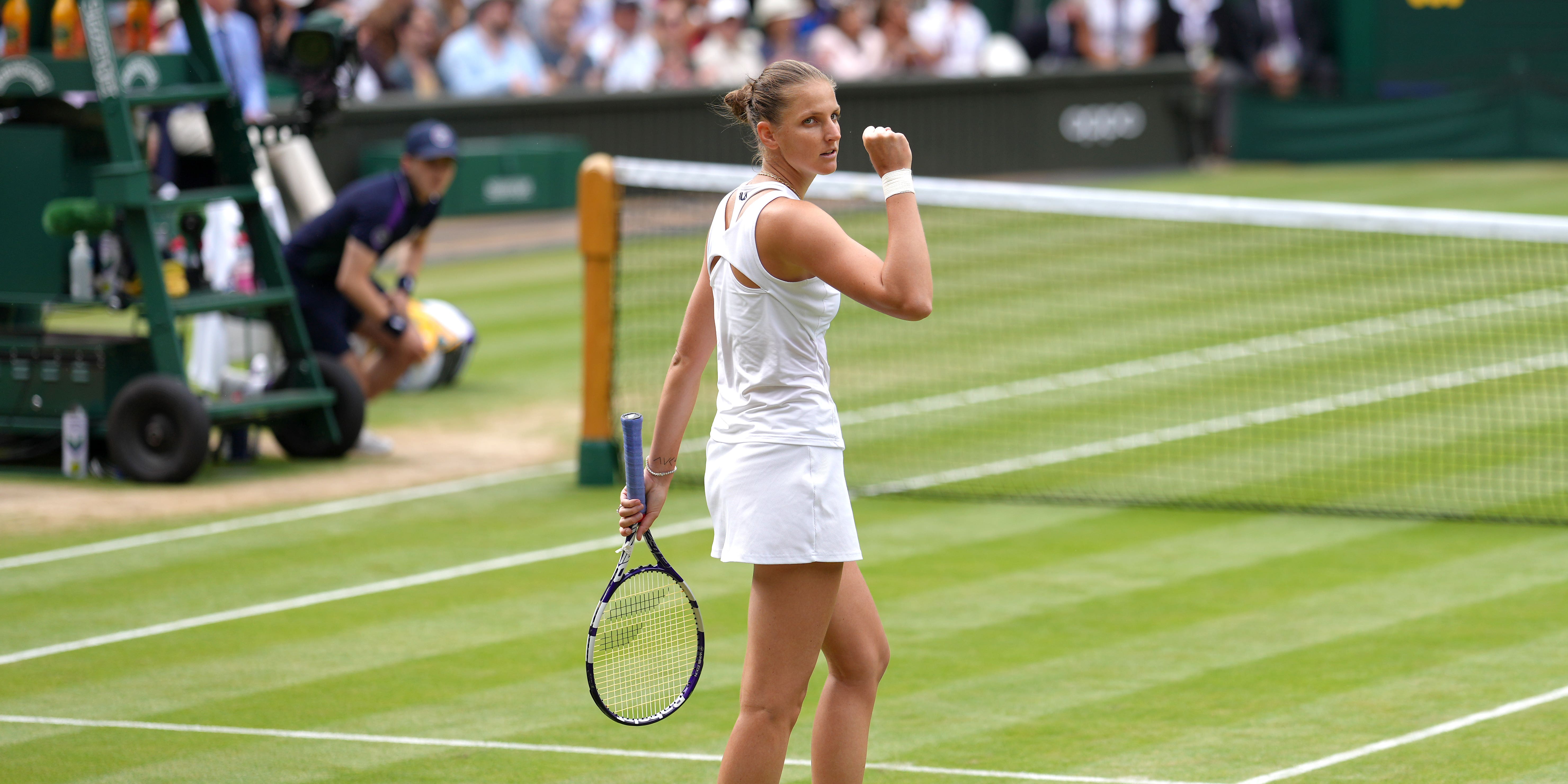 Karolina Pliskova admitted she has surprised herself after reaching a first Wimbledon final.

The former world number one had no form to speak of when she arrived in SW19, having won only one match since she was double-bageled by Iga Swiatek in Rome in mid-May.

Pliskova’s slump has seen her drop out of the world’s top 10 for the first time in five years, but a three-set victory over Aryna Sabalenka means she now has a chance to claim a first grand slam title when she faces Ashleigh Barty in Saturday’s Centre Court showpiece.

“I think still half, like, I can’t believe it because somehow, coming into this tournament the dream was to make the second week, of course, because I was not in the second week for a while,” she said.

“I never thought about maybe going into the final. There are so many amazing players in the draw.”

She actually posed the main threat in the first set, forcing eight break points in total, but each time Sabalenka’s powerful serve got her out of trouble.

Sabalenka, by contrast, had not got near the Pliskova serve until the eighth seed made a mess of a volley with the entire court to aim at.

A delightful Sabalenka drop volley then brought up a solitary point for the set – and an untimely Pliskova double-fault gift-wrapped it for her.

Pliskova finally landed a punch at 2-2 in the second, bringing up another three break points and nailing the first with a perfect return to the feet which Sabalenka could only scuff into the net.

The 29-year-old backed up the break with three aces to take a 4-2 lead, confidently served out the set and made an ideal start to the decider with a break and an easy hold.

She held her nerve down the finishing straight, clinching her place in the final with an ace.

“So I’m super proud about the way I handled the situation out there, the second and third set, and that I served out the match.”

Sabalenka, 23, has at least laid some grand slam demons to rest having never gone beyond the fourth round in one before.

The second seed from Belarus said: “I think her serve was a big challenge for me today. I felt like I had opportunities in the second set when she didn’t make a first serve for four points. I didn’t return her second serves.

“Overall I did everything I could today, but she just played really good, I mean, too good. I did my best. It’s tough. A tough loss.”