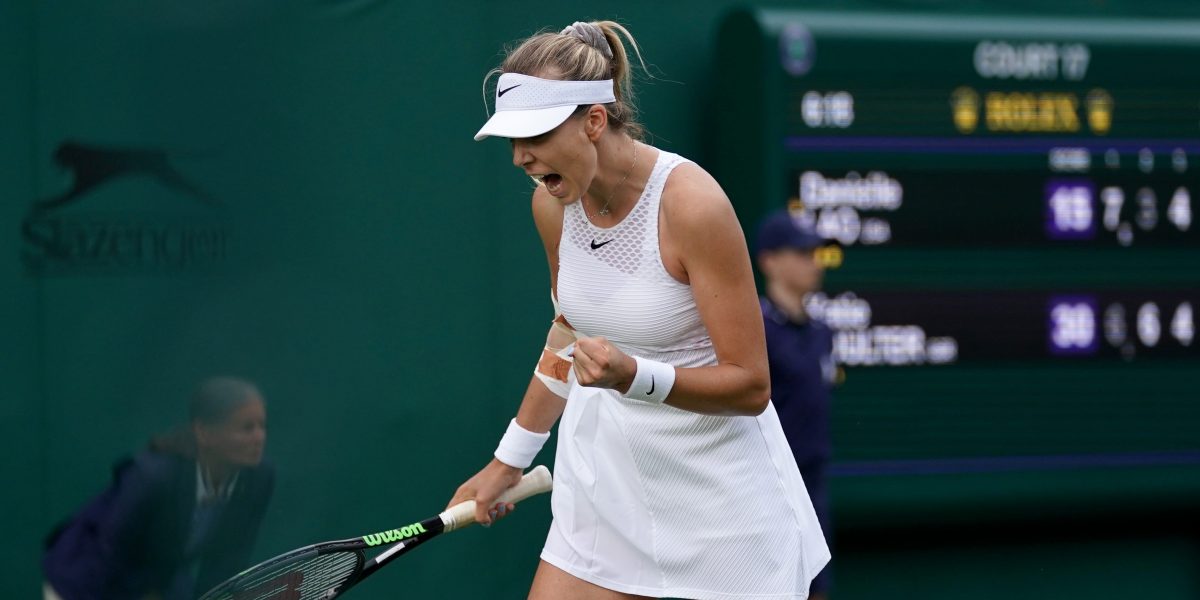 Katie Boulter marked her return to Wimbledon by becoming the first British winner of the 2021 tournament.

The 24-year-old missed the Championships in 2019 with the back problem that plunged her out of the top 100 after a breakthrough season the previous year.

It was attack against defence as Boulter, who had her right elbow strapped, unleashed her powerful groundstrokes.

But Lao did a good job keeping the ball in play and, although Boulter fought back from 2-5 and then 4-6 in the tie-break, it was the American who clinched the opening set.

Boulter finally made the breakthrough she was looking for midway through the second set but then trailed 3-1 in the third before winning five of the last six games.