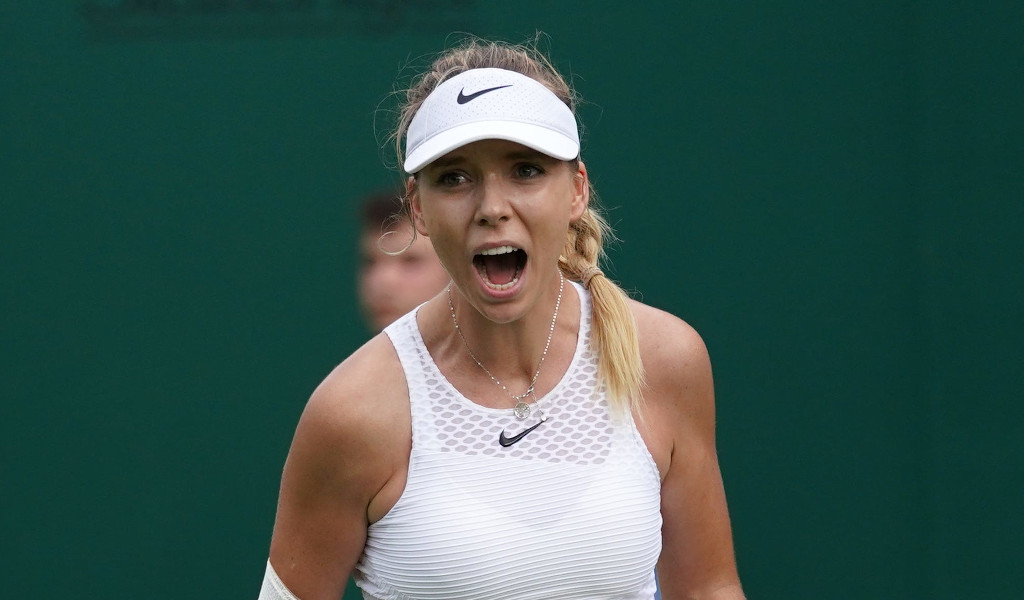 Katie Boulter got Britain on the board at Wimbledon with victory over Danielle Lao, while Jack Draper showed his potential by taking a set off Novak Djokovic.

Boulter, who next faces second seed Aryna Sabalenka, said: “Obviously, having been absent for a couple years, it really means so much. Ultimately it wasn’t pretty out there. I knew it wasn’t going to be. But I fought so hard, found a way. I feel like that’s what tennis is really about.”

Nineteen-year-old Draper found himself making his Wimbledon debut on Centre Court against the man going for a 20th grand slam title and third in a row at the All England Club.

He said he would embrace the occasion and certainly did, demonstrating what makes him such an exciting talent by clinching the opening set before Djokovic fought back to win 4-6, 6-1, 6-2, 6-2.

He said: “I didn’t want to give him too much respect. I wanted to win the match today. I wasn’t looking to put in a good performance and lose. 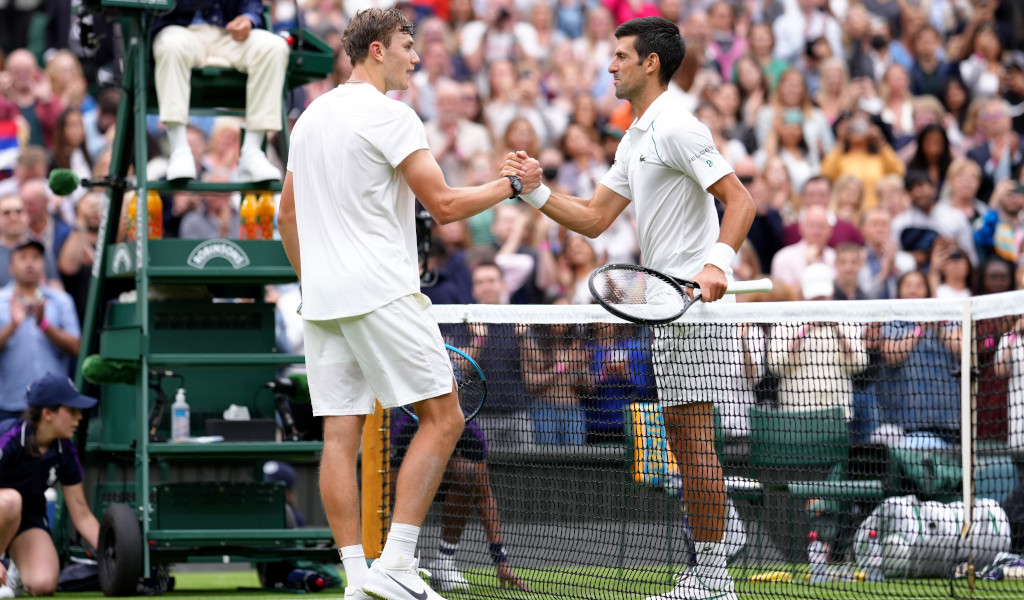 Katie Swan was the first British woman to come through Wimbledon qualifying in 20 years.

But her stay at the Championships was a short one after a straight-sets defeat against experienced American Madison Keys.

Swan, 22, said: “I’m obviously disappointed not to come through. But Madison is a great player and I knew it would be tough. 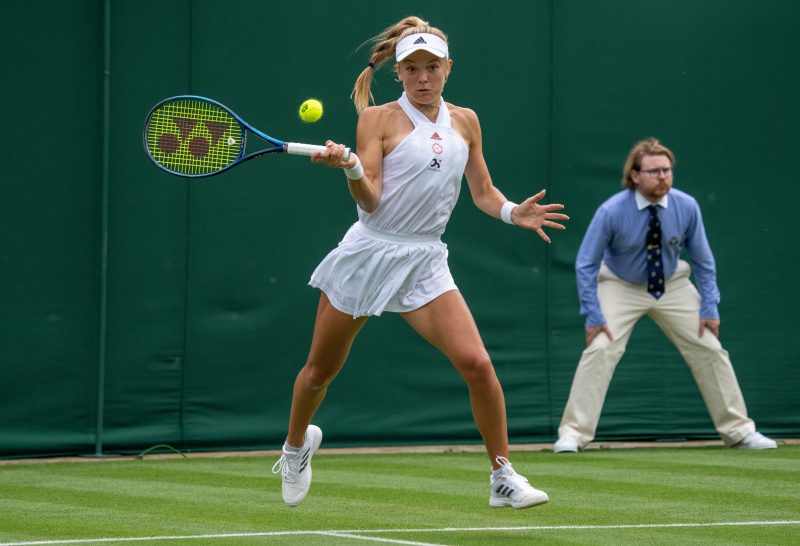 “With some nerves going into the match, it was tough to get into it. I felt like I missed some chances – they were few and far between and, when I did get one, I didn’t execute it. Positives to take but I’m disappointed.

“I played on Court Three a few years ago and got destroyed, so I think I did myself a bit more justice.”

Burrage said: “I have been looking forward to this for a long time and actually thought that’s why what happened in the match happened.

“I underestimated how nervous I was a little bit. I knew I would be nervous obviously, first Wimbledon and my first main draw at a slam. It is new territory for me. I didn’t handle it the best.”