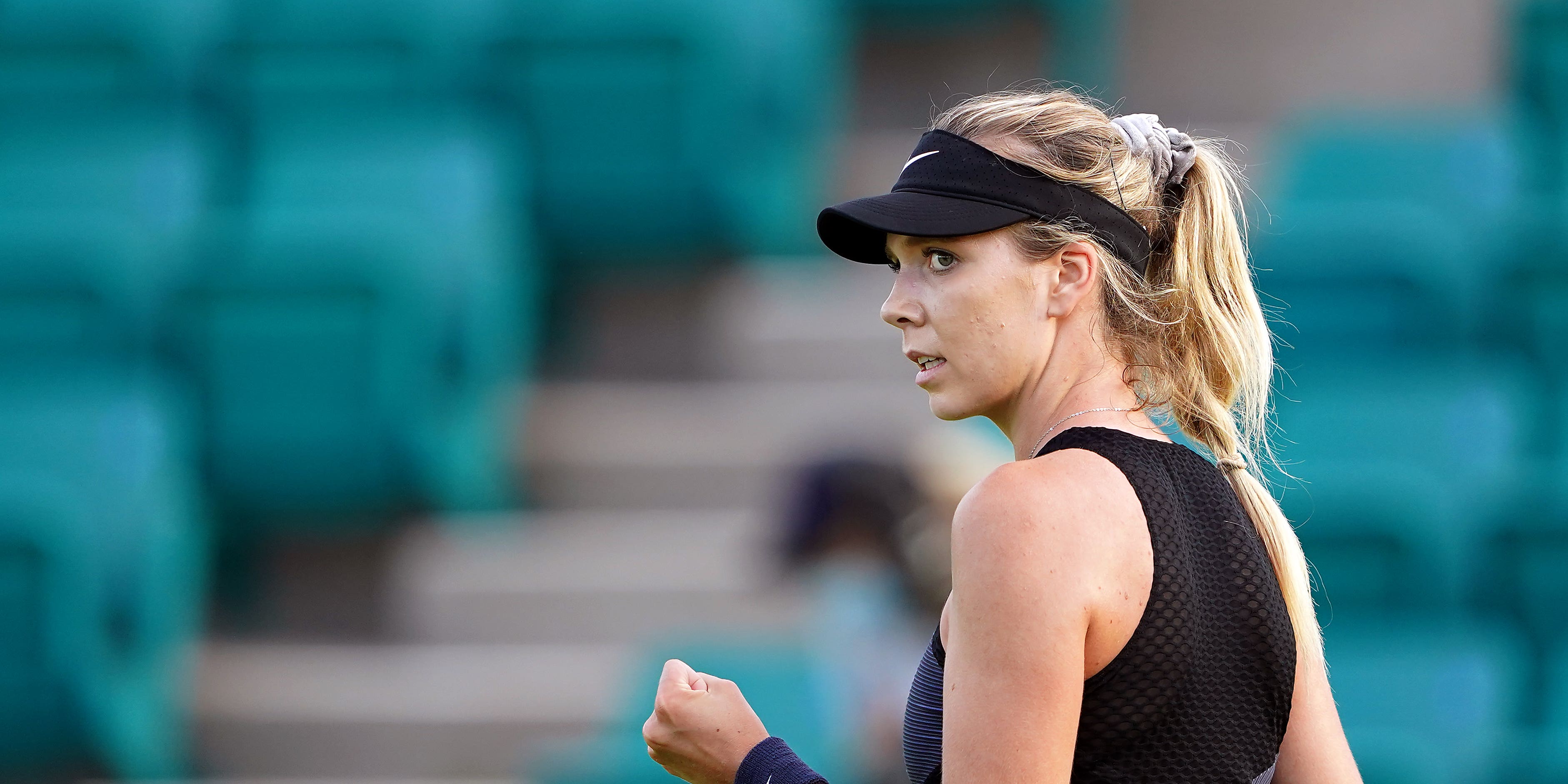 Katie Boulter believes she can reach new levels after kicking off her grass-court season with a first-round win at the Viking Open in Nottingham.

The 24-year-old is making important steps on her road back from a serious back injury, which put the brakes on a promising rise in her career, having recently broken into the world’s top 100.

And she is excited about what could be to come.

“I am getting closer to where I want to be, I want to get my ranking up, that’s my number one goal and get back to where I was and push forward from there,” she said.

“I feel my game is in a good place, I feel stronger than I ever have before and I hope I can go a lot further this year.

“I put a lot of work in behind the scenes that people don’t see, I really feel it will pay off eventually and hopefully that will be soon, but I have got to be patient.

The 24-year-old, currently ranked 143 in the world, was too good for the teenager, winning 6-3 6-4 to set up a meeting with Lauren Davis.

There was heartbreak for fellow Brit Francesca Jones, though.

Jones, who suffers from a congenital condition which means she has three fingers and a thumb on each hand, three toes on one foot and four toes on the other, was on course for the second round in Nottingham as she led Georgina Garcia Perez 3-1 in the deciding set of their first-round match.

But a medical timeout for the Spaniard resulted in Jones suffering from full body cramps and she could not recover as Garcia Perez claimed a 4-6 6-3 6-4 win.