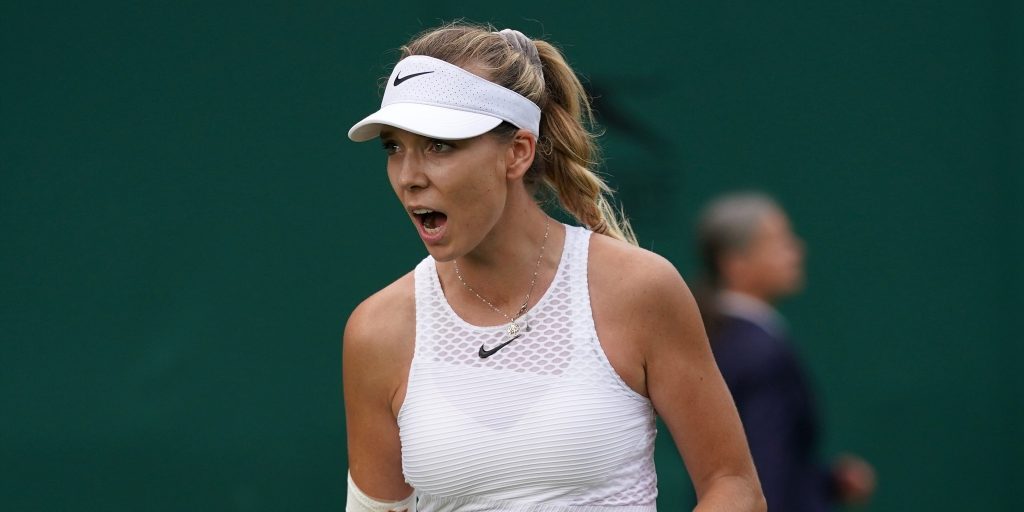 The hard work paid off for Katie Boulter as she marked her return to Wimbledon by becoming the first British winner of the 2021 tournament.

The 24-year-old missed the Championships in 2019 with the back problem that plunged her out of the top 100 after a breakthrough season the previous year.

Boulter said: “I worked so hard behind the scenes, which most of you don’t see. So hard every single day. I’ve been through some really tough moments. I found a way through them because I’ve had some amazing people around me.

“Obviously, having been absent for a couple years, it really means so much. Ultimately it wasn’t pretty out there. I knew it wasn’t going to be. But I fought so hard, found a way. I feel like that’s what tennis is really about.”

It was attack against defence as Boulter, who had her right elbow strapped, unleashed her powerful groundstrokes.

But Lao did a good job keeping the ball in play and, although Boulter fought back from 2-5 and then 4-6 in the tie-break, it was the American who clinched the opening set.

Boulter finally made the breakthrough she was looking for midway through the second set but then trailed 3-1 in the third before winning five of the last six games.

“I think the first set was pretty tough,” said Boulter. “But I was also quite nervous. Before the match I didn’t really have those feelings. As I stepped on to the court, I felt the crowd again, it kind of came back to me a little bit.

“I thought I did a good job to get back into it, having been 5-2 down. I’m a little bit disappointed I didn’t get the first set, considering the momentum that I had.

“I’m a fighter. I’m not going to go anywhere. I felt like I loosened up a little bit in the second set and played some good tennis.

“It definitely feels pretty special to be back home. It really does make a difference for sure. I saw some GB flags out there, which made me smile for sure. To have my family out there, it means everything to me. It really helped me get over the line today.”

The victory earned Boulter a shot at second seed Aryna Sabalenka, to whom she lost a tight match at the Australian Open in 2019.

“I’m super excited to get out there already,” said Boulter. “I know what to expect. I know she’s a power player. It’s going to be really difficult. She’s ranked what she is for a reason.

“Ultimately all I’m going to do is go out there, enjoy myself, put my game on the line, see what I can do. I’ve got absolutely nothing to lose. I think it’s going to be a really good match.”