‘I felt like I never really got going,’ says Katie Boulter after early Australian Open exit 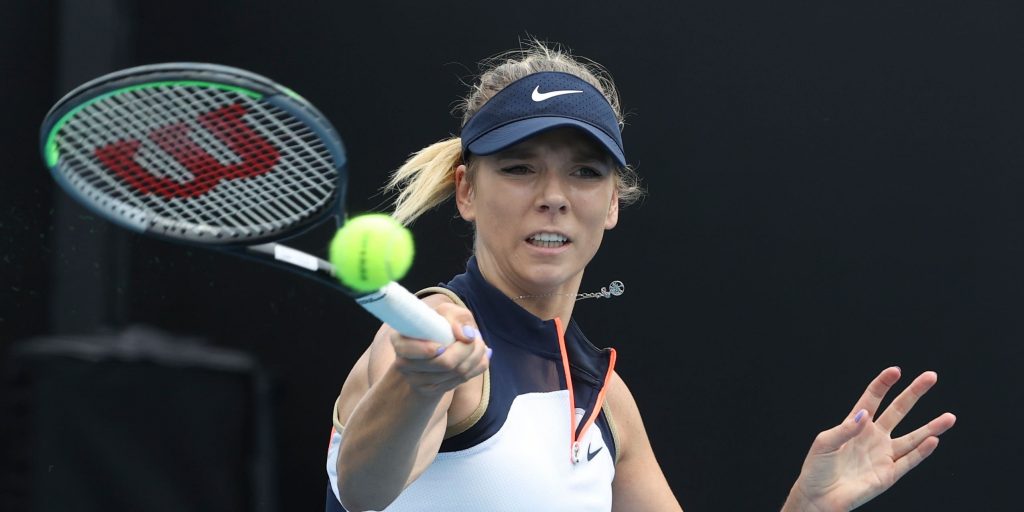 Katie Boulter was upset with her performance in a first-round loss to Daria Kasatkina at the Australian Open.

Boulter came into the tournament with confidence high after a strong week last week, claiming two victories at the Gippsland Trophy and taking a set off Naomi Osaka.

That raised hopes the 24-year-old British No 9 could make an impression at the year’s first grand slam but she was caught cold and fell to a 6-1, 6-4 defeat by Kasatkina.

Boulter said: “I’m pretty disappointed with today. I felt like I never really got going, I felt quite uncomfortable out on the court. I put a lot of pressure on myself when really there was absolutely no need to.

“The conditions were slightly different today, it felt heavier, the ball was bouncing higher. She has a different kind of swing to a lot of girls and I really struggled to just get some rhythm and get into the match and compete. I’m pretty upset about it.”

She began to find a foothold in the second set and saved four match points in fighting back from 2-5 to 4-5 only to drop serve again.

A back injury in 2019 after she had broken into the top 100 was hugely unfortunate and Boulter now finds herself having to work her way back up from her current mark of 315.

Travel restrictions mean putting together a schedule that will enable her to play as much as possible is a difficult challenge, but Boulter remains confident she can work her way back towards the top of the game.

“I’ve worked so hard on my body so firstly I really hope that I’m going to stay fit, I believe that I am, and that’s my number one goal for this year as it is any year,” she said.

“The more positive weeks that I get, then the more I feel like I’ll get toward my goal. I believe that I’ll get there eventually and I will keep working hard.”