Kyle Edmund has US Open in his sights after Wimbledon return 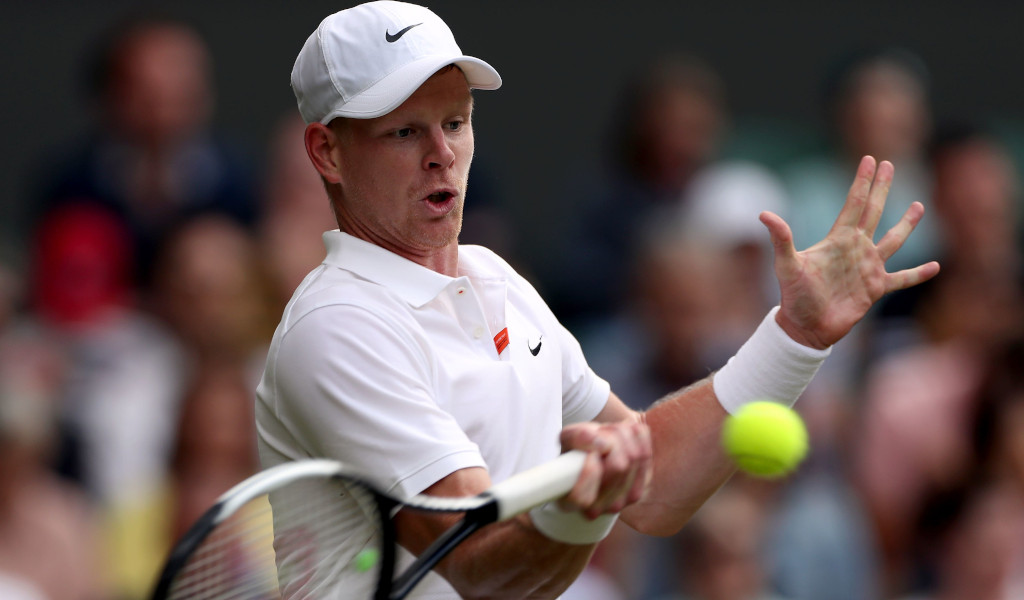 Kyle Edmund leaves Wimbledon ready to begin his comeback for real in the United States later this month and believing that he can get back to the top of the game.

The former British number one and Australian Open semi-finalist made his long-awaited return in mixed doubles at Wimbledon after three knee operations and 20 months on the sidelines.

Edmund has targeted a second-tier Challenger event in three weeks for his first singles tournament back and hopes to play at the US Open at the end of August using his protected ranking reserved for those who have been out for significant periods.

The 27-year-old said: “I’ve just got to get that mindset playing again, the tennis fitness. I’m training two to three hours anyway so I just need to continue to do that, in terms of having the slam in mind at the end of that swing.

“That means I have to be ready for five sets and I’ve not played a match like that in a long time, so that is the aim. And the idea is to not just get through that physically, I want to play and win but, with what I’ve had in the last 18 months, I want to be in a good place afterwards.”

Edmund had struggled with knee pain since the end of 2018, the season in which he brilliantly made the last four in Melbourne and peaked at 14 in the rankings.

By late 2020, he was forced to take the surgical route and, after two small operations and one major one, he is finally pain free again – something he admitted he began to doubt would ever happen.

“I would genuinely have struggled to see that in January,” he said. “It was only in February that it started improving. It was great to be on the court pain-free and thinking about tennis, thinking about being there rather than ‘how am I going to hold up? How is my knee doing?’.”

Edmund knows it will not be easy to get back to where he was and that he needs to be patient but, with players competing at the top well into their 30s, he feels time is still on his side.

“I wouldn’t say I took anything for granted but, when you don’t have what I had before, you definitely appreciate it a lot more,” he said.

“When I started going on court again, I just feel lucky to be able to do that. It’s crazy to think, I’m not trying to ask for much, I just want to play tennis.

“In terms of actual performance and talking rankings and wins and losses, that is ultimately the goal. What you have tasted before, you get the bug for it. You have the slams, getting to the latter end of slams, that I’ve done properly once, winning the tournaments, all those sorts of things.

“I want to do again, knowing it will take work and there will be some days where it is a bit crap because I’m not going to win all the time, no matter how much you want to.

“With everything I’ve been through, I’m ready. Starting off with Challengers and I’m motivated to do that. I know that I have to build up again, that’s the nature of it.

“I’m looking forward to it, it’s been a long time just thinking about it, feeling sorry for myself. Now it’s a good position to be in to go and do that.”