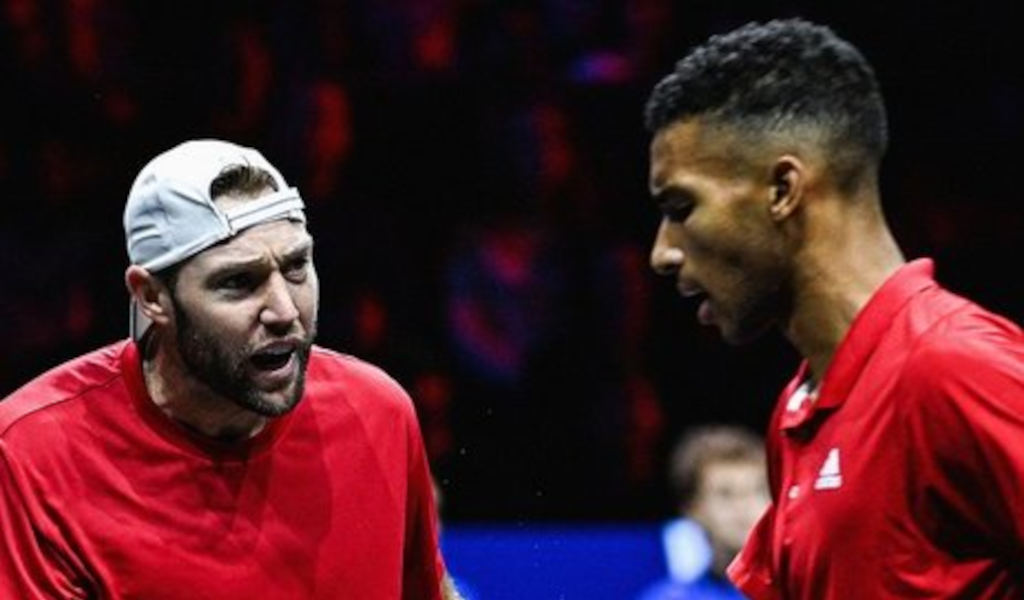 Jack Sock and Felix Auger-Aliassime helped Team World make a winning start to the final day of the Laver Cup in London by downing Andy Murray and Matteo Berrettini in a doubles contest.

Team Europe held an 8-4 advantage after Saturday’s action but their lead was cut to a single point after a thrilling clash opened up proceedings at the O2 on Sunday.

Murray and Berrettini took the opening set but Auger-Aliassime produced a number of sumptuous shots alongside doubles specialist Sock to earn a 2-6 6-3 10-8 victory in one hour and 35 minutes.

It leaves everything to play for ahead of the upcoming singles match between Auger-Aliassime and Novak Djokovic, with John McEnroe’s Team World still holding out hope of winning a maiden Laver Cup title at the fifth time of asking.

Asked on-court if his team believed, Sock insisted: “Hell yeah, why not!

“I was glad I was able to contribute. We got bombarded again first set but we were able to slow things down, turn it around and Felix served excellently.”

Canadian Auger-Aliassime, ranked 13th in the ATP’s singles rankings, was unable to take part in the interview due to the fact he was set to take on seven-time Wimbledon champion Djokovic in the second match.

Sock and Auger-Aliassime were able to turn the tables though, with quick reflexes from the latter securing an early break and another forced a 10-point tie-breaker to decide the match.

It was Team World who held their nerve with the pressure on. Murray and Berrettini each served up double-faults before Sock’s excellent drop shot sealed victory for the visitors.

Auger-Aliassime had a Sunday to remember at the Laver Cup and it left Team World on the brink of a stunning comeback victory.

The Young Canadian beat Novak Djokovic 6-3 7-6 (3) in London after teaming with Jack Sock for a 10-8 Laver Breaker win over Andy Murray and Matteo Berrettini in doubles.

Having trailed 8-4 heading into the final day, Team World now leads Team Europe 10-8 since three points are awarded for victories on Sunday.

If Frances Tiafoe defeats Stefanos Tsitsipas in the ensuing encounter, Team World will get their hands on the Laver Cup for the first time in the event’s five-year history.

“It was one of my best performance of my career,” Auger-Aliassime said courtside.

READ MORE: A closer look at the incredible career of Roger Federer