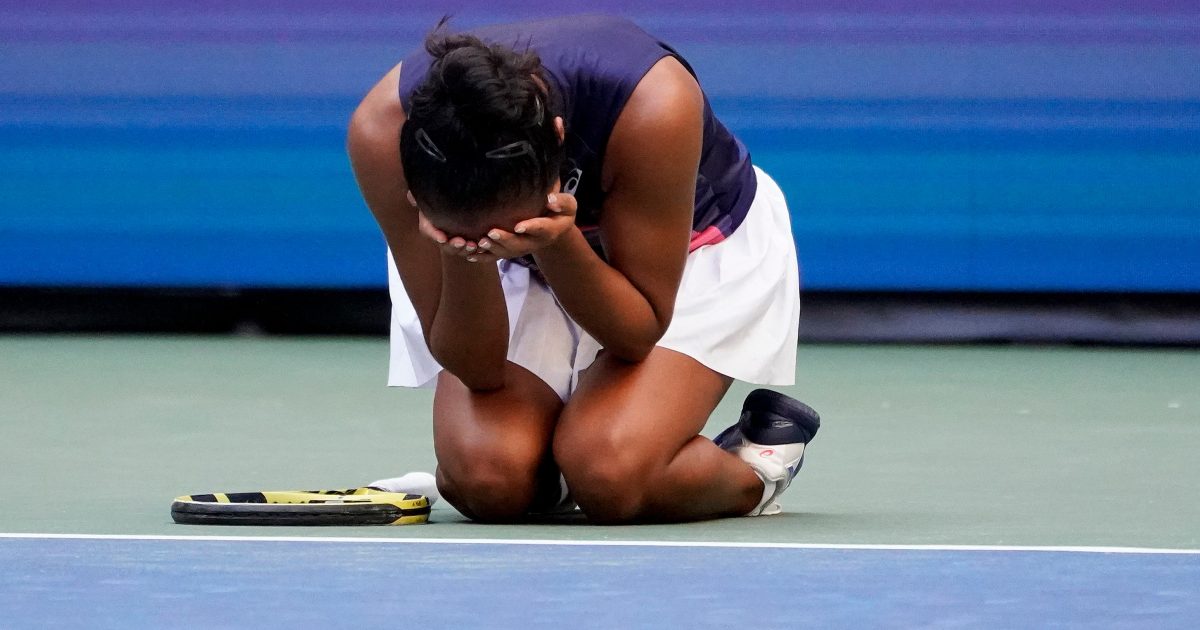 Canadian teenager Leylah Fernandez continued her stunning giant-killing run at the US Open with victory over Elina Svitolina to reach her first Grand Slam semi-final.

Fernandez, who turned 19 on Monday, had already taken out two former champions in Naomi Osaka and Angelique Kerber and she added fifth seed Svitolina to the list to become the youngest semi-finalist at Flushing Meadows since Maria Sharapova.

The young Canadian has demonstrated ferocious ball striking, immense athleticism and a tremendous competitive zeal in her run, and it was the same here, Fernandez failing to serve out the match but coming through in a tie-break for a 6-3, 3-6, 7-6 (7-5) victory.

It was another sensational match at a tournament that keeps hitting new heights, and Fernandez said: “I honestly have no idea what I’m feeling right now. Throughout the whole match I was so nervous.

“I was trying to do what my coach told me to do. Thanks to the New York crowd, cheering me on, fighting for me and never giving up, I was able to push through today.

“Svitolina, she’s a great player, she fought for everything, she runs for everything. I’m honoured to have a fight with her. I just told myself to trust my shots, trust that everything’s going to go well. Even if I lose, I’ve got to go for it, and I’m glad I did.”

Fernandez has become a big crowd favourite and there was a first glimpse of what has already become a trademark celebration – part exhortation to the stands, part fist pump – when she broke Svitolina to lead 4-2 in the opening set.

Svitolina, who had not dropped a set through four matches, has reached the latter stages of grand slams many times without ever really threatening to win one.

It has been an excellent summer for the Ukrainian on and off the court, though, with her wedding to fellow player Gael Monfils followed by a much treasured Olympic bronze medal.

Monfils cheered from the stands alongside Svitolina’s British coach Andrew Bettles as the fifth seed mounted a second-set recovery, cutting out the errors and moving into a 5-1 lead.

Back came Fernandez, who had chances to get back on serve at 5-4, but Svitolina quelled the teenager’s fire to level the match.

The momentum and experience was with Svitolina but Fernandez has been tearing up the script all fortnight and, as she had against Kerber, she saved her best for the deciding set.

Fernandez was everywhere and, although Svitolina hit back straight away after being broken for 3-1, the Canadian struck again and opened up a 5-2 lead.

Svitolina, though, was not finished, showing terrific mental fortitude of her own to get back on level terms and force a deciding tie-break.

Nerves were on display from both, with Fernandez opening up a 4-1 lead only to help Svitolina level at 4-4.

A net cord on a passing shot helped Fernandez bring up a first match point, and Svitolina blazed a return long as the tournament of the teens continued.