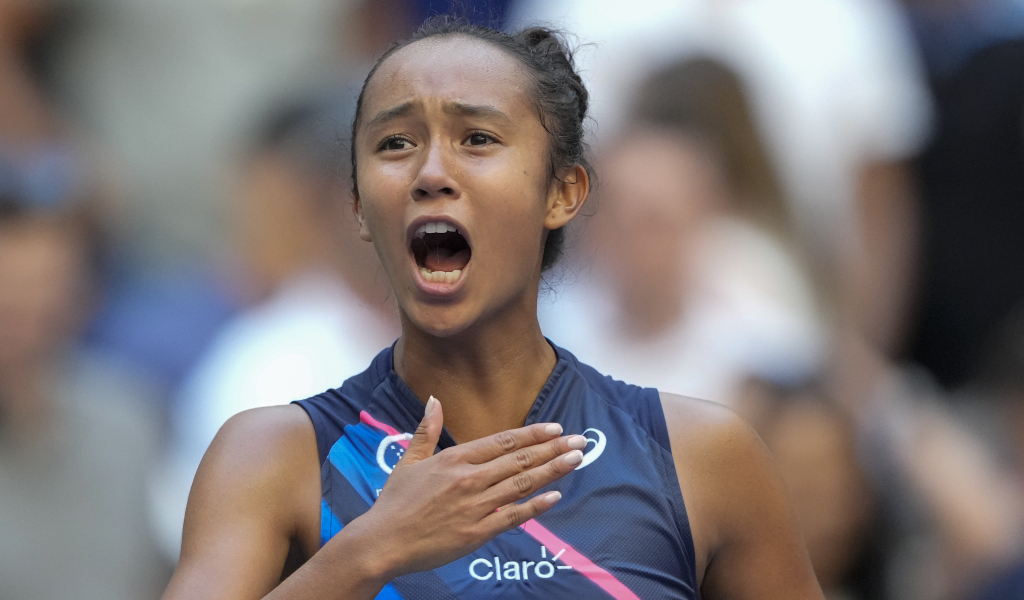 Emma Raducanu’s US Open final against Leylah Fernandez is an inspiring moment for the women’s game, according to the young Canadian’s coach and father.

The pair will meet at Flushing Meadows on Saturday evening in the first all-teenage Grand Slam final for more than 20 years.

Raducanu and Fernandez are just two months apart in age and share an immigrant background, with Raducanu born in Canada to a Romanian father and Chinese mother before moving to the UK aged two while Fernandez has Ecuadorian, Peruvian and Filipino heritage.

Jorge Fernandez, a former footballer who moved to Canada as a young child, said: “I see they’re both bringing a type of game that is not common right now on the circuit.

“I see that they bring a flair that is very unique for them. I’m glad that they’re touching the Asian community. I think that’s a huge opportunity in the women’s game.

“I think it’s just positive for the game. Obviously I want Leylah to win. That goes without saying. But I just think that the match-up and what we’re seeing, those two ladies are touching a lot of young girls.

“I’m getting messages about, ‘Please pass this to Leylah’, little girls saying, ‘You’re making us believe’. This can only be good for the tennis game and the WTA altogether.”

Jorge, who taught himself the game, has been Fernandez’s main coach since she was dropped from the Canadian system as a young child.

But he stayed at home in Florida instead of travelling to New York and will watch the final on TV.

“It’s always been that way. It’s nothing new. It’s working, so let’s not ruin it. The last time I showed up to a final it was Acapulco when she made it to the final and she lost it. I was hating myself for a good two months afterwards.

“She knows that I’m supporting her from afar. I’ve mentioned in the past I’m in her heart and she’s in mine. When all of this is done, everybody who’s seen it from the stadium, fantastic. But I’m going to look at her right across the kitchen table when we’re going to have dinner and we’re going to be OK.”

Fernandez had never been beyond the third round at a slam before but she has put together a phenomenal giant-killing run, taking out two former champions in Naomi Osaka and Angelique Kerber and top-five seeds Elina Svitolina and Aryna Sabalenka.

The scenario in the final is different, though, with Fernandez finding herself as the more experienced and higher-ranked player.

Jorge praised Raducanu, saying: “Emma made the final because she earned her right to be in the final. Nobody gave it to her. What she did was absolutely fantastic, as well.

“If you focus on the fact that it’s a final, you’re playing another warrior in front of you, I don’t think the age, who it is or the ranking should even matter.”

Raducanu is being coached in New York by Andrew Richardson, who was one of her formative mentors at Bromley Tennis Centre and was chosen to accompany her to the United States rather than Nigel Sears, who had guided her to the fourth round of Wimbledon.

Under the guiding hand of her father Ian, Raducanu has sought advice and instruction from a variety of coaches, rejecting perceived wisdom that too many voices hinders development.

Coach Matt James, who oversaw Raducanu’s progress for two years until last autumn, told the PA news agency: “It is quite different.

“I was lucky enough to do two years with Emma and we had different people coming in, almost consultants and people that would give their advice, and that’s just how they wanted it. Her dad and Emma just wanted the knowledge.

“She’s a bright girl and she can remember it and process it, and almost seeing it as the more the better rather than hearing the same thing over and over. They’ve stuck to their guns, which you’ve got to respect because it’s obviously worked out pretty well for them.”

James was part of Raducanu’s team at Wimbledon and has been rubbing his eyes with disbelief watching her performances from home.

The Welshman is now National Tennis Centre coach for the Lawn Tennis Association, which supports Raducanu through its Pro Scholarship Programme.

He said: “Just immensely proud watching her play and compete like she’s doing. It’s almost too much now. Going into the final it’s almost making it too much to believe.

“Up until then it’s kind of like, ‘Yeah, Emma is a pretty special talent’, but now saying out loud that she is in a grand slam final is just really bizarre and just more than we all expected I think.

“We knew that the tennis was there but to keep going physically and mentally for nine matches now (including qualifiers) is just quite incredible for her and the team that’s out there with her.”