Liam Broady sweeps past Marco Cecchinato in opening round at Wimbledon 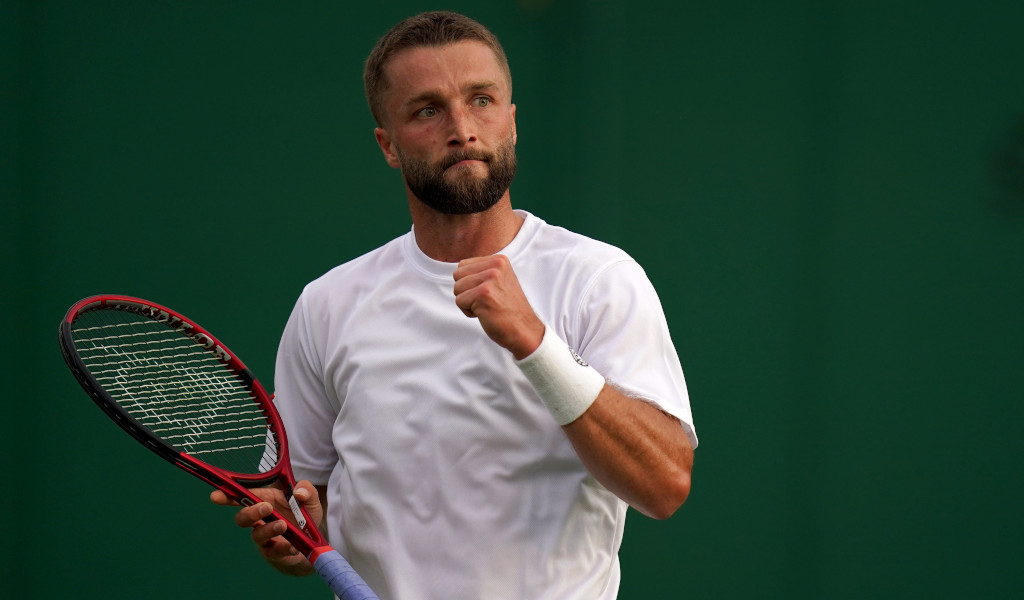 Liam Broady registered just his second win at Wimbledon as he swept aside Marco Cecchinato in straight sets.

The British number five beat the Italian 6-3, 6-4, 6-0 to continue what has been an impressive year.

Having survived break point in the opening game, a crucial break at 4-3 allowed him to take the first set.

The match was decided in the latter part of the second set as, after holding off Cecchinato in two of his own service games, he got the crucial break to lead 5-4.

Serving to go 2-0 up he had to fend off another attack on his serve, saving three more break points to eventually take the set.

That broke the Italian’s spirit and the third set was a rout, with the 27-year-old setting up a tie with either ninth seed Diego Schwartzman or Benoit Paire in the next round.