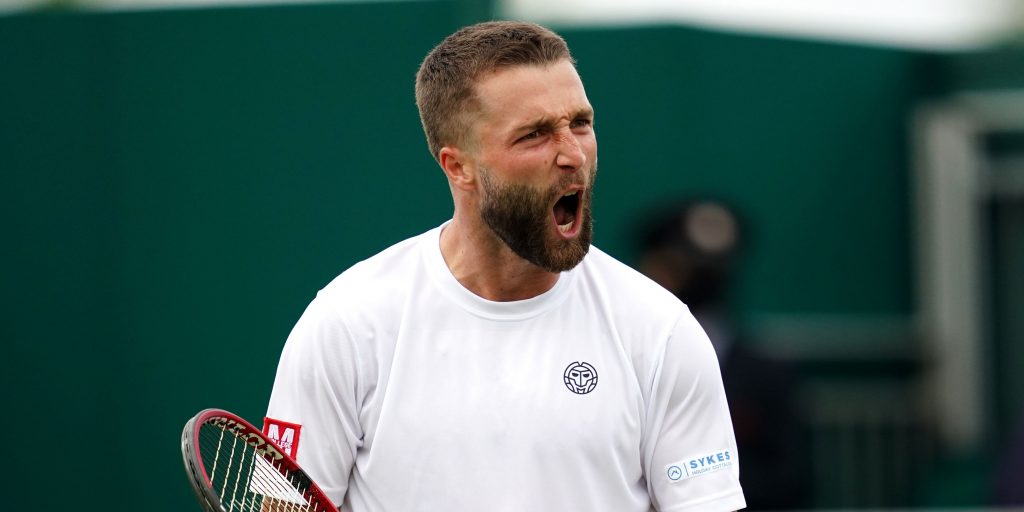 Great Britain’s Liam Broady has set his sights on a place in the top 100 by the end of the year after his Wimbledon journey ended with a second round defeat to Diego Schwartzman.

The ninth seed progressed 4-6 6-2 6-1 6-4 but that told only half the story with the Court 12 crowd treated to three hours and 14 minutes of exceptional tennis.

Broady came close to taking the match into a decider which would have seen both players forced to finish the encounter on Thursday and that may have let some of his family watch him live in singles action.

It was not to be for the world number 142 though who will turn his attention to qualifying for the US Open and continuing his fine form after already reaching two Challenger event finals in 2021.

“My mum, oldest sister and her two daughters are actually on the train down to watch at Wimbledon tomorrow (Thursday) which will be fantastic for them, so I think I need to make third round for my family to watch me but maybe next year, we’ll see,” Broady said.

“Qualifying for the US Open will always be a target and that is probably the slam I have done the worst at in the past.

“I will go out for the US swing, try to play more of the ATPs and just learn as quick as I can and hopefully that will be in time for the US.

“Top 100 by the end of the year is definitely a goal now and a very real goal, so aiming for the main draw at Australia by right would be a good target.”

Back in April the Stockport-born ace reached a career best of 137 after he was close to quitting the sport three years ago.

Recent weeks at Queen’s Club and Eastbourne, where he has faced Adrian Mannarino, Frances Tiafoe and Alex De Minaur, whetted Broady’s appetite for Wimbledon before the wildcard sealed only a second win at the All England Club on Monday with a victory over Marco Cecchinato.

It set up a second-round meeting with world number 11 Diego Schwartzman but the Briton was not overawed and just lacked the experience to make the most of his 18 break points.

Only three were taken despite 30 winners being hit by Broady, who made six successful challenges against a player that reached the French Open semi-finals last year.

The 27-year-old added: “Queen’s and Eastbourne were fantastic experiences and again here against Diego. These are the guys I want to play against, the guys you learn the most against and learn where you need to improve.

“I feel a better player now than I was two or three months ago even if my results might not show it because of the calibre of player I am facing is greater than I am used to.”

A 53-minute opening set was a sign of things to come on Court 12 and even though the third went the way of Schwartzman by a 6-1 score, that almost lasted an hour – coming in at 49 minutes.

Broady admitted the match required a lot of energy, but thanked the home support he received with those present full of noise in a back and fourth battle.

“The intensity Diego brings to court physically and mentally is pretty scary. I have not played against many players at that level before and that is why he is where he is,” the British number five admitted.

“In the fourth set I started to lean on the crowd a little bit and try to get them involved. They really helped me find a second wind and I hope everybody enjoyed themselves, I certainly did.”