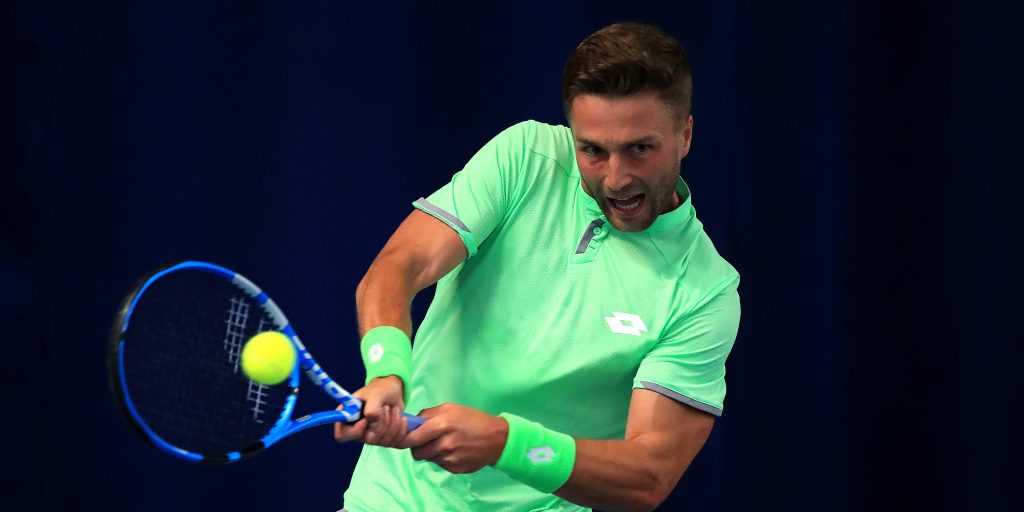 Murray was among the few people in the stands for the match at Roland Garros and provided vocal backing for British number six Broady as he defeated Marc Polmans 7-6 (5) 6-4 in the third round of qualifying.

It is the first time Broady has successfully made it through qualifying at a slam and he will play in the main draw of one of the four major tournaments for the first time outside Wimbledon.

Broady said: “I started the match pretty bad and then Andy showed up and I think it definitely did help a lot because he is a very loud supporter and for anyone, when Andy Murray’s watching, it can be a bit disconcerting.”

Broady also credited the impact of the Battle of the Brits events, organised by Jamie Murray during the summer, for helping to foster a more supportive environment among British players

“You can’t fault Andy as a tennis player or a human being,” said Broady. “To get to know him a bit better over the last couple of months has been absolutely fantastic.

“During the Battle of the Brits events and since we came out of lockdown I think a lot of the British players have got a lot closer. We’ve got a couple of group chats on WhatsApp and everyone’s been so supportive driving me on, giving me tactics for the players I’ve been playing.

“The abuse that I got at the second Battle of the Brits especially probably made it easier to remain calm in stressful situations that’s for sure.”

The second event, which pitted two teams of British players against each other, got particularly rowdy at times, which worked well for Broady but less so for British number one Johanna Konta.

Broady was behind a cardboard cut-out of Konta that was paraded at the presentation ceremony after the world number 13 decided not to participate in the full event.

Speaking before the US Open, Konta said: “It’s kind of a decision and choice they made and I think it reflects more on them than me.”

Broady insisted no offence had been intended, saying: “It was just a little tongue-in-cheek joke, I was just having a little play around with my mates.

“It was never intended to upset Jo and I saw the comments that Jo made in the US. I’m very close with her coach, Dan Smethurst, so I’ll probably have a word with Dan or Jo over the next few days hopefully.”

This was the 12th time Broady has played in a slam qualifying event, the third time he has reached the final round and the first time he has emerged victorious.

The 26-year-old said: “It feels a bit strange, normally I’m leaving disappointed but it felt a bit different this time. I felt more like I’d earned my place here, I was playing well.

“I had a couple of good results on the clay in the Challengers leading up to this and kind of just grew into qualifying with each and every match and now the tournament can start.

“I think naturally I probably quite suit playing on the clay but maybe I’ve never really approached it with that much confidence because obviously historically British players tend not to do so well on the clay.”

Broady is guaranteed prize money of at least 60,000 euros (approximately GBP 54,000), the biggest pay day of his career.

He said: “The cash never really comes into my mind when I’m playing these tournaments. I know obviously the sums get quite large but I’d be playing this tournament for free.

“It will obviously help with my scheduling for the year and how many weeks I can take my coach with me and maybe my physical trainer.”

Harriet Dart will not be joining Broady, though, after losing 7-5 6-2 to Romania’s Irina Bara in the second qualifying round.