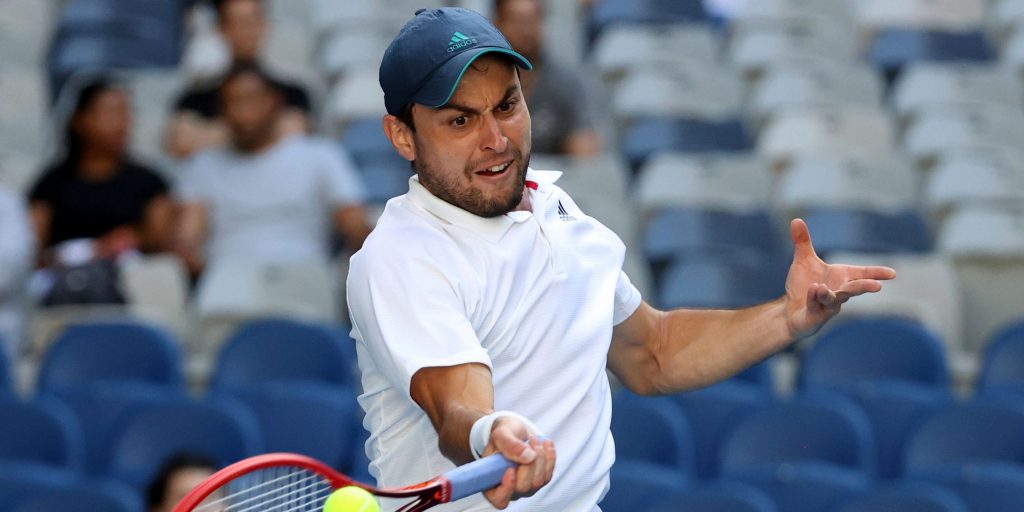 The 27-year-old qualifier, ranked 114 in the world and playing at his first Grand Slam, stunned Argentinian ace Schwartzman 6-3, 6-3, 6-3 on the John Cain Arena.

Including qualifying Karatsev has now played six matches at the tournament and dropped only one set.

And he showed nerves of steel as he closed out the match of his life with an ace down the middle.

Karatsev suffered a serious knee injury in training in 2017 which kept him out for six months.

He was a member of Russia’s triumphant ATP Cup team last week, as a doubles player, but did not play a live match due to the form of singles stars Daniil Medvedev and Andrey Rublev.

Karatsev said on court: “I had a big injury on my knee but after two years I recovered.

“The ATP Cup was great, we have unbelievable players in Daniil and Andrey, and it gave me a lot of confidence when we won.”