‘I did have to pinch myself a little bit,’ says Leylah Fernandez as spectacular US Open run continues 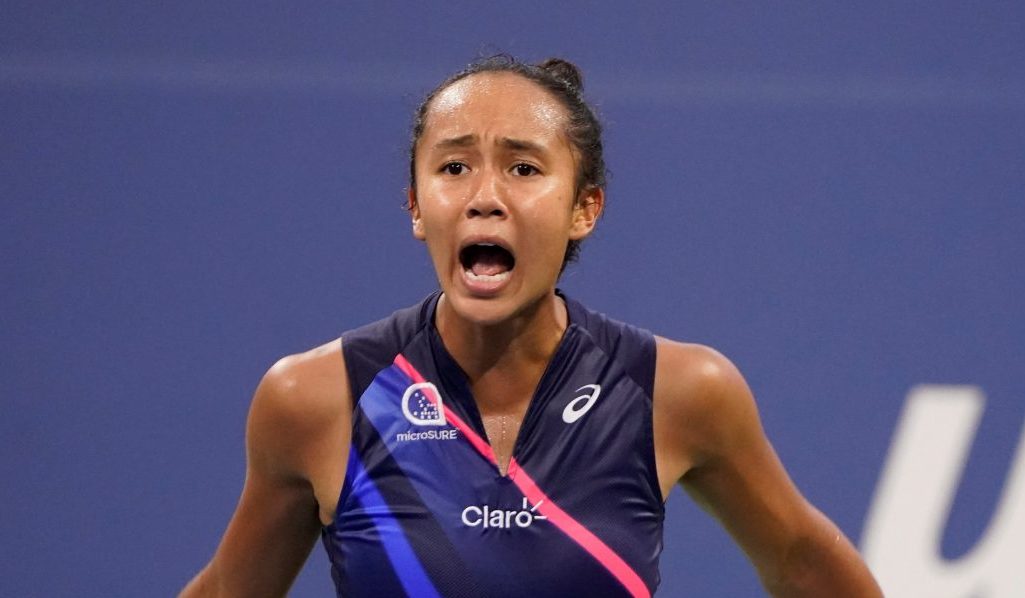 Leylah Fernandez admits she has had to pinch herself after she booked her spot in the US Open quarter-finals.

The Canadian, who celebrates her 19th birthday on Tuesday, followed up her stunning third-round win over Naomi Osaka by dumping out a second former champion in the shape of Angelique Kerber in the fourth round.

Fernandez had never gone past the third round at a Grand Slam before and she is enjoying the moment.

“I did have to pinch myself a little bit to see that it actually happened, but I knew that my tennis, my level of tennis is there.

“I was lucky enough to get the win today and just getting this experience. It’s my first quarter-finals in a Grand Slam. I’m just going to enjoy it at 100 per cent, and tomorrow is going to be a new day.”

The victory, which sets up a last-eight tie with Elina Svitolina, means that her birthday celebrations may have to be low key.

She added: “Well, tomorrow I’ll be focusing on the doubles match, but today I think we’re just going to have a nice little dinner with my team and my family here in New York.

“I’m glad that my older sister and her fiance and also my cousin were able to come and watch my match, so we are just going to go celebrate at a nice Italian restaurant we have been going to every night.”

Svitolina swept past former Wimbledon champion Simona Halep to book her spot in the quarter-finals.

Ukrainian Svitolina is yet to drop a set this fortnight and recovered from a break down to take the first against the 12th seed.

Halep hit back from one break down in the second but Svitolina broke the Romanian’s resistance by converting a third break point to win a pivotal seventh game.

The Olympic bronze medallist, still searching for a first Grand Slam title, went on to wrap up a 6-3, 6-3 victory.

“It was a great match, I was excited going into it because I know what a big fighter Simona is,” Svitolina said in her on-court interview.

“I knew I would have to play my best and I’m extremely happy with the win.”

Defeat continued a below-par set of results for Halep at Flushing Meadows as she was in the second week for only the second time and has just one semi-final appearance to her name in 2015.

The 29-year-old has endured an injury-hit season and said: “I’ve been a little bit tired after three good matches here.

“When you don’t have many matches, you always are a little bit stressed before the match. But overall I think I did a good job here and I’m looking forward actually with positive thoughts.”

Second seed Aryna Sabalenka must be quietly eyeing her first Grand Slam title after going under the radar.

Sabalenka, who reached the Wimbledon semi-final, made it to the last eight in New York for the first time after beating Elise Mertens 6-4, 6-1.