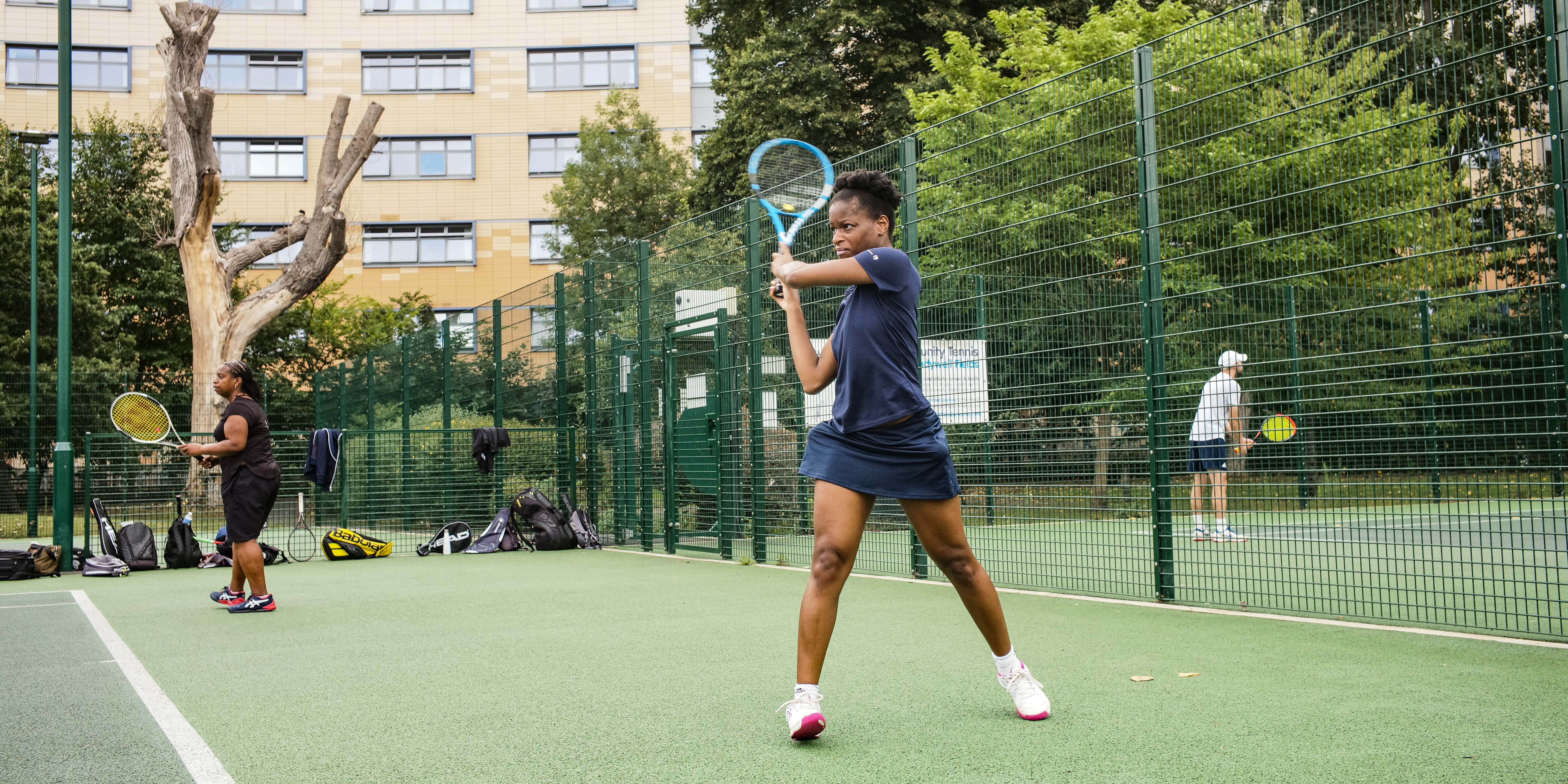 The strategy aims to drive change to ensure that all areas of tennis across Great Britain reflect their communities.

Lloyd has made broadening access to the sport a priority since taking over the role in 2018, with the release the following year of a five-year mission entitled Tennis Opened Up.

He told the PA news agency: “I think we have made progress. This is another step in that journey.

“Whether it was signing up to the Sporting Equals charter on race equality right at the very outset and all of the pieces that we’ve put in place since in trying to open up our sport – for participation, for our coaches, our venues, through our volunteer workforce – I do believe we’re making progress but, equally, we’ve got a long way to go.

“And there are areas where, at this moment in time, individual audiences within our wider community don’t all necessarily reflect the diversity of society.

“That’s what this is about recognising and trying to drive the right culture and attitude and behaviours through our entire tennis community. It’s an incredibly important moment in bringing all of that work and consultation and listening together in one coherent, clear and ambitious plan.”

The LTA has analysed current diversity data across the sport to get a broad picture of where it stands, with coaching and the volunteer workforce at clubs and other venues showing up as sectors where significant progress needs to be made.

“In terms of our coach workforce and coaches from ethnically diverse backgrounds, we are not where we need to be,” said Lloyd.

“We are trying to put in place targeted interventions to help try to improve that number over time, albeit recognising that we don’t control the appointment of those coaches.

“But the diversity of our player base broadly reflects the ethnic diversity in this country, and we’re also proud of the fact that gender equality in tennis has led the way relative to many sports.”

The strategy sets out five key areas of work with 25 commitments to drive change, underpinned by 46 priority actions.

For coaching, that includes grants through coach development centres aimed at encouraging those from underrepresented groups to sign up, as well as subsidised female taster courses.

The first area of work is in leadership and governance. Last summer, Lloyd wrote an open letter admitting the organisation had not done enough after it was highlighted that the LTA board did not include anyone from an ethnically diverse background.

On Thursday, the appointments of Sanjay Bhandari and Anil Jhingan as non-executive directors were announced. Bhandari is the chairman of Kick It Out while Jhingan brings experience of leadership roles in the media and entertainment industry and is also on the board of Formula E.

Lloyd said: “We’ve been blessed with a very strong board with a number of directors that operate at the very top of their industries.

“An area that tennis has been proud of is gender balance and our non-executive directors have been equally represented in that sense but an area we haven’t perhaps had that breadth of representation is those from ethnically diverse communities.

“We’re not appointing Sanjay and Anil singularly for those reasons because their corporate backgrounds speak for themselves and they bring a wealth of experience from different businesses and industries but, obviously, as an example, Sanjay’s experience with Kick It Out will be of particular importance and highly valuable to this area of our work.”

The appointments follow those of seven new board–nominated representatives to the LTA Council and the establishment of the IDEA (Inclusion, Diversity, Equity and Accessibility) Group.

Lloyd said: “There’s no doubt all of these steps will help improve the work that we do. Anybody that knows me personally, I’m not about ticking boxes, that’s not who I am, that’s not the way I work.

“We’ve set out very clearly what the commitments and the actions are. We’ve set ourselves a timeline over the next two to two-and-a-half years, so it’s not like this is a 10-year strategy.

“We want to be focused on this and we want to move quickly, we want to try to ensure that we support our wider tennis community and they know we mean business, and we want to bring them on the journey with us.”