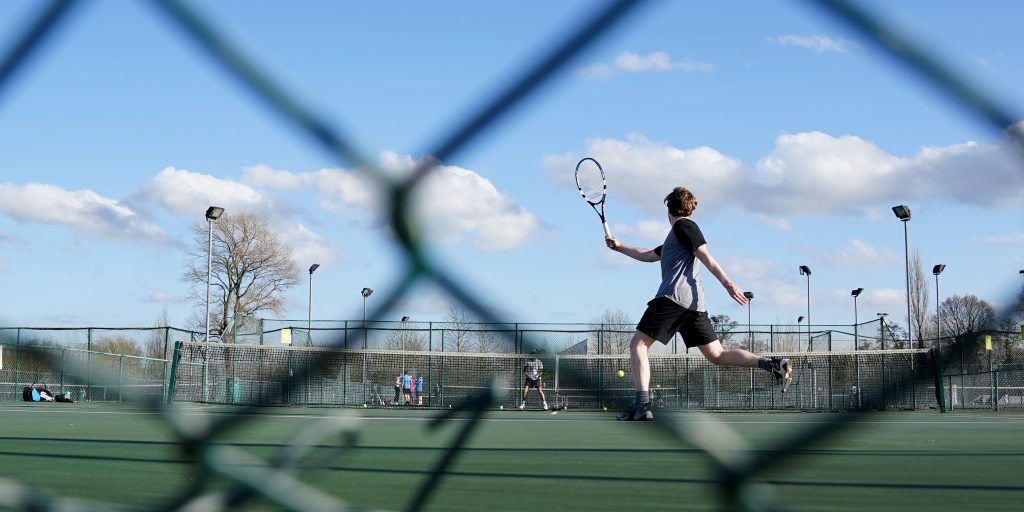 Bourne, who has previously worked for UK Sport and the England and Wales Cricket Board, is now six months into the role after succeeding Simon Timson and was speaking publicly for the first time.

When Timson launched the LTA’s new performance strategy in 2018 it was with the vision of making Britain one of the most respected nations in the world for player development within 10 years.

Given the consistent underachievement of the organisation in that area, it was a bold statement, and there is little sign yet of it coming to fruition, but Bourne is happy to pick up the baton.

He said: “I believe very deeply in the potential of British players and I believe if we continue to commit to the level of stability in the right areas, and push on the things that we know really make the difference, we have a brilliant chance to do some very successful things.

“My experience tells me these things often don’t progress in a linear fashion. A lot of the work that the team has done I think has really set the foundations for us to continue to be successful moving forwards. Certainly we want to have more players in the top 100 than we have now.”

Britain currently only has five players in the top 100 in men’s and women’s singles compared to 27 for the USA, 15 for France and Spain and 12 for rising force Italy.

The LTA currently supports around 310 players in its performance pathway but central to the system are two very expensive national academies based at the universities of Loughborough and Stirling that support a small number of players through heavily subsidised places.

Opinion is split about whether this is the right approach but Bourne is a supporter and believes consistency of approach – another thing the LTA has pointedly lacked – is key.

“It’s still very early for those centres,” he said “We are committed to maintaining a consistency. The principal reason being, if we want to be a successful nation for player development over a long period of time, we need high-quality training environments in the UK for our players to choose.

“We aren’t just going to sit back, wait five years and see what happens. It’s very much about us working with those centres. We’re constantly looking to learn and improve those environments.”

Italy’s growth in the men’s game in particular has come on the back of a commitment to hosting a lot of tournaments at all professional levels.

The number of tournaments staged in Britain has dwindled in recent years and a reversal of that approach has been top of the wish list of most players.

“We have to look at other ways to support the players this year,” said Smith. “But from 2022 we need to get more tournaments on the calendar, there’s no doubt about that.”

Smith, meanwhile, expects Dan Evans to push on into the top 20 after his brilliant run to the semi-finals of the Monte-Carlo Masters.

“He’ll get so much confidence,” said the Scot, with Evans matching his career-high ranking of 26 this week.

“It’ll benefit him whether he has even more good results on the clay or whether that starts to come to fruition on the grass or the US hard-court swing. I think he’s just moving in such a good direction.

“I can say first hand, just spending a couple of weeks around him in Miami recently and having seen him whenever he’s been at the NTC (National Tennis Centre), his operating standards are unreal, they’re so good.

“On and off the court, he’s ticking every single box and giving himself the best chance to perform at a high level. He’s got to look to get to that top-20 stage, which he absolutely can do. He’s in a really good position, both singles and doubles.”