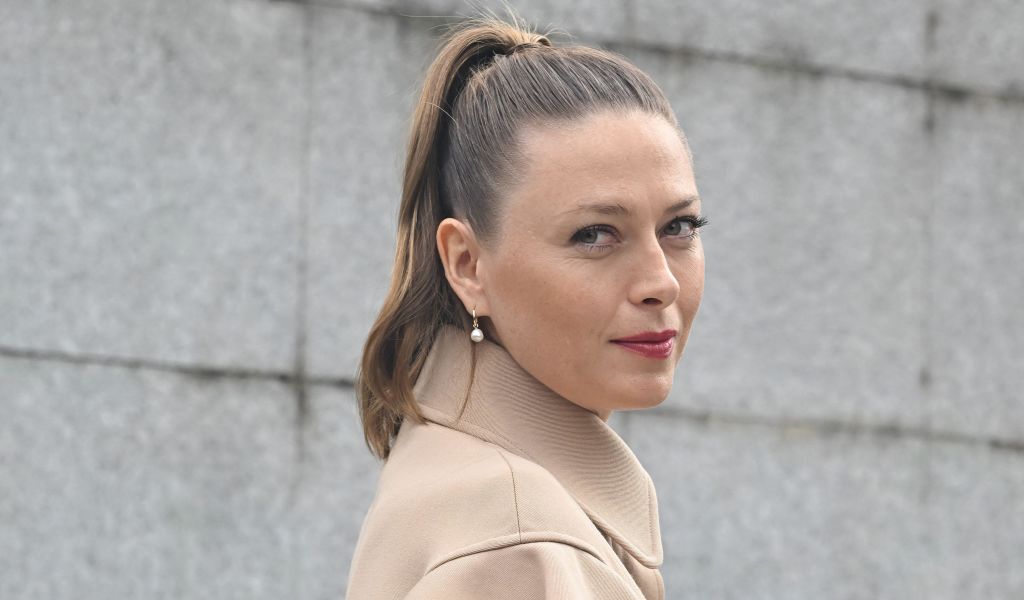 Former world No 1 Maria Sharapova has not made too many public appearances since her retirement from tennis in early 2020, but she has delighted her fans by opening up about her new-born son Theodore.

Sharapova exited tennis as one of the true greats of the game, as one of only ten women to win all four Grand Slam titles in the open era.

She also won 25 top-tier titles on the WTA Tour and was one of the highest-paid athletes on the planet throughout her remarkable career.

Now Sharapova’s life is moving in a very different direction with fiancé Alexander Gilkes, after the pair welcomed their first child into the world in July.

“I call him Theo, or T Rex. There are so many little names I call him. It’s very sweet and it’s the best,” said Sharapova.

“It’s really the best. Everyone tells you that, but until you really experience it and you are sleepless… you haven’t got this.”

Sharapova has spoken candidly in an interview with New Beauty, as she spoke about finding her way as a new mother.

“I wanted this for a really long time,” she stated. “But I’m still trying to figure out the balance. As soon as I think I have something down, I realize I don’t!

“I was really ready for motherhood. It was something that I dreamed of forever.

“I have a really good relationship with my own mom—we’re really close and share a lot—and I’m an only child, so I felt like I was ready to have a child of my own and pass along my own experiences.

I’m really excited to watch this little boy grow up, although that is still incredibly hard because I’m still mostly trying to figure things out! Every day is a new day and every time you think you have something down, you realize you don’t.

“There’s always something new to learn and about them and about yourself. That’s incredibly beautiful, but it’s also challenging.

“Sport is very challenging, too, because it keeps your feet on the ground every single day.

“Particularly, as it was for me, tennis was something I had to play every single week and whether I won or lost in one week, I had to turn around and prove myself the next week.

“It was very demanding—you can never feel too comfortable or too confident in what you were doing. I don’t know if that’s the best answer, but both roles are very hard, but in different ways.”

Sharapova spoke about her love of fashion and design in an extended interview, with the arrival of her son clearly changing her perspective on life.

“My (daily) routine is mostly praying, “Please make this nap good, so I can have a really good morning!” But he’s actually a pretty good sleeper. I’ve been fortunate with that,” she added.

“I also think so much of any routine is the way you eat. Since I’m breastfeeding, I’m always hungry.

“I think everyone handles their body different post-birth, but I feel like I always have to eat now, which wasn’t the case during my pregnancy, so it’s all an interesting balance.

“Now, I feel like I constantly have to make milk, so I need food! It’s a strange balance and I’m still figuring it out, but your health always starts with what you eat.

“It’s hard, but I’ve tried to make it a habit of having a really good morning breakfast.

“Usually, I’ll make steel-cut oatmeal, I’ll cut up some fruit add some flax seeds and chia, and a little bit of honey. That’s pretty much the start of my day.

“This has literally been the fastest year of my life. It’s like we blinked, and it’s over.

“I’m excited about this stage of motherhood. I feel like I’m just getting through the first few months of a little baby’s life. It feels a bit like an alternate reality and now I feel like, “Okay, this is life. He’s here.”

“I’m excited to see the next year unfold and to also see how I find my balance with work.

“Now, when I walk out of the house, I really think twice about if where I’m going is somewhere I really need to be. I’m interested to see what choices I’ll make with that work-life balance.

“It’s never going to be 50-50, I know that already, but I’m excited to tread into it because I really do love to work. I also love my family.

“I know a lot of women face it—there’s this unique challenge of finding that right balance that works for your family. I don’t know the secret, but I’m ready to work on it.”