‘I would rather play than watch her match,’ says Matteo Berrettini about partner Ajla Tomljanovic 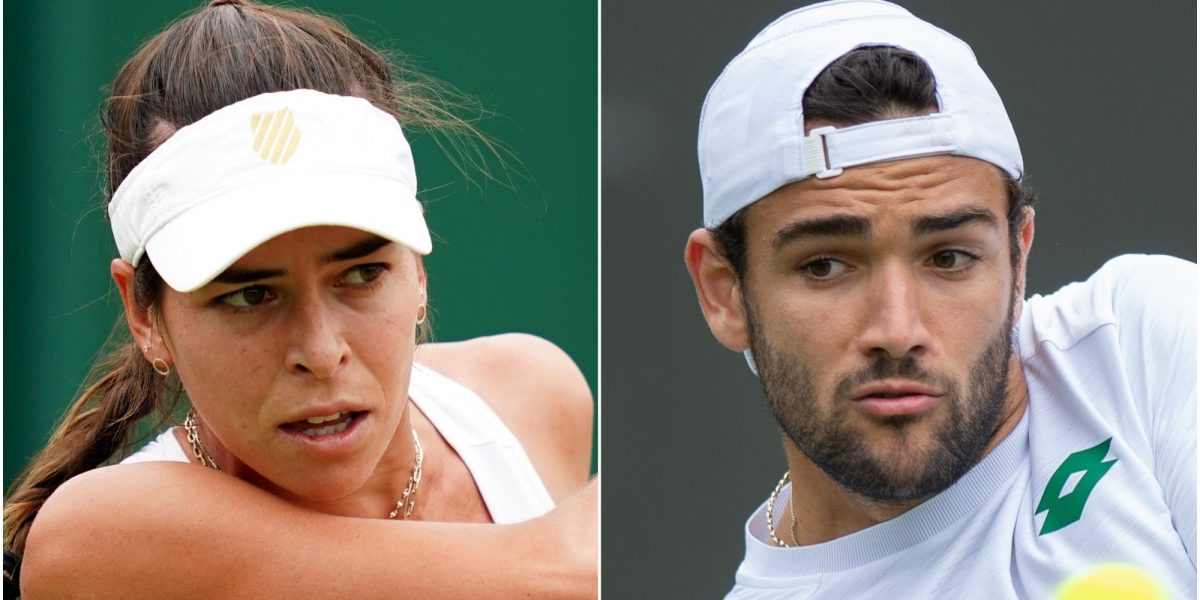 Matteo Berrettini admits he gets more stressed watching girlfriend Ajla Tomljanovic play than he does during his own matches.

Fortunately for the Italian, both were playing at the same time when they won their third-round matches to reach the second week at Wimbledon.

Berrettini faces a nervous afternoon on Monday, though. He takes on Ilya Ivashka of Belarus at 11am, giving him plenty of time to finish up before Tomljanovic faces Britain’s Emma Raducanu third on Court One.

He told the Wimbledon Channel: “I feel like 10 times more stressed watching her match than when I’m playing my match. So I like it when we’re playing at the same time.

“I finished first, like five minutes before. I’m playing best of five, so I didn’t know if she won her match because they weren’t showing the score. So I was like ‘maybe she finished before me, maybe she’s coming here’.

“Then I was like making movies; maybe she lost, maybe she’s upset. I stepped out of the court and my coach said it was 5-1. Then I saw it was 15-40 and I was like ‘oh no’. I would rather play than watch her match.”

Britain’s Samantha Murray Sharan and her husband Divij Sharan entered the mixed doubles this year, and Tomljanovic revealed there was almost another love match in the draw.

“We’ve been planning to play for the longest time and always find a reason not to,” said the Australian. “But this time I swear the rain screwed us up and we had to play back to back.

“For me it’s not a problem but for him playing best of five I didn’t want to risk it. It was a good call I think.

“I even wrote the email to apply and saved it in drafts! Hopefully we will play in the Australian Open, or maybe US Open.”