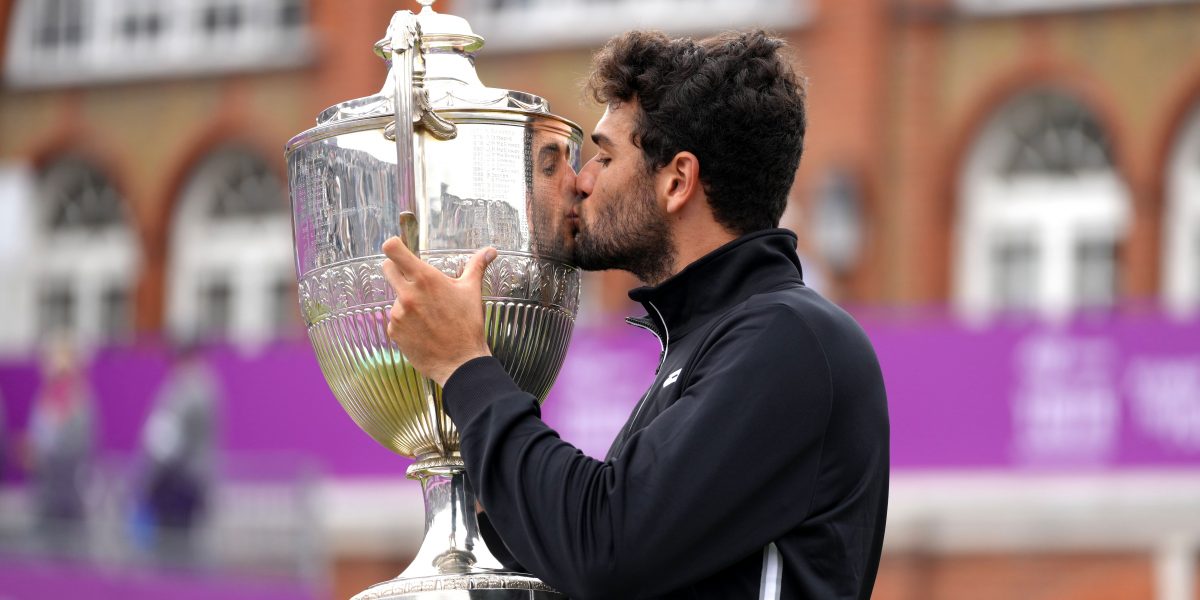 Cameron Norrie’s bid to become the king of Queen’s Club was ended in three sets by big-serving Italian Matteo Berrettini in the final of the cinch Championships.

Norrie, 25, was attempting to become only the second Brit to win at Queen’s, after Andy Murray, since the Second World War.

In doing so Berrettini, also 25, became the first debutant to triumph at Queen’s since Boris Becker in 1985 – who went on to win Wimbledon a couple of weeks later.

Following his third defeat in a final this year, Norrie said: “All credit to Matteo and your team. A great week for you and just too good today.

“I’ve really enjoyed my tennis here and if you’d told me before the tour, I’d have signed up for the final.

“It’s great to have tennis back in the UK, back in London and back on the grass.”

Berrettini was the destroyer of British hopes in west London having already accounted for Murray and Dan Evans with his booming serves which regularly touched 140mph.

Key for Norrie was to do the business with his own serve and then hope to eke out a chance or two on Berrettini’s, or strike in the tie-break.

So it was a huge setback when two double faults gifted Berrettini a break in the opening set, which he went on to take with yet another unreturnable serve.

Norrie saved two break points before moving 5-4 ahead in the second and had a glimpse of an opening at 6-5, 15-30 on the Berrettini serve, but it was quickly snuffed out.

However, in the tie-break the plan worked to perfection, Norrie nicking the mini-break, racking up three set points and taking the third on serve when Berrettini floated a backhand long.

Two more break points were fended off by Norrie at 2-3 in the decider but in his next service game he blew a 40-0 lead, netting limply to hand Berrettini the chance to serve for the championship.

Berrettini had won his previous 45 service games this week, and he made it 46 to love to land his fifth ATP title and the biggest of his career.

Nevertheless, Norrie can console himself with a GBP 72,000 pay day and a rise in the rankings from 41 to 34, which should be enough to see him among the seeds at Wimbledon.

“It’s obviously special to be seeded at Wimbledon,” added Norrie. “I’m obviously disappointed not to get the title but we’ll keep pushing for more and hopefully there’ll be many more chances to come.”

Berrettini, the first Italian to claim the Queen’s title, said: “It’s been an unbelievable week and to think of Boris Becker’s name and my name is crazy.

“I have been watching the tournament since I was a kid and this is a dream come true to win it.

“Cam is a great player and this year he has shown how he can play on all the surfaces. He’s had a great week and I am sure he will win a title soon.”

There was success for Britain when Gordon Reid won the wheelchair singles final 6-2 6-2 against Argentina’s Gustavo Fernandez.