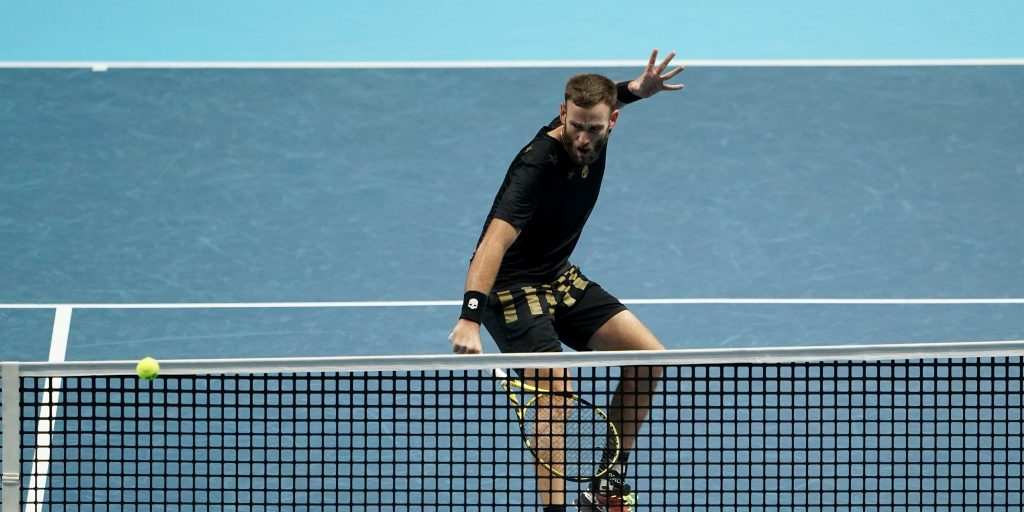 Michael Venus has hit out at the New Zealand government after revealing playing in the Nitto ATP Finals is likely to mean he is unable to go home.

The New Zealander will compete at London’s O2 arena alongside Australian John Peers as one of the world’s eight leading doubles teams.

But, while the other players will be looking forward to one final week in the coronavirus bubble before heading home for the off-season, things are significantly more complicated for Venus.

He had a flight booked for earlier this week but had to cancel that to play in London, where he has 800 ranking points to defend having reached the final last year with former partner Raven Klaasen.

Venus had considered pulling out of the ATP Finals but managed to get a voucher to return on December 13. If he goes down that route, though, he will then need to quarantine for two weeks in a hotel room, which would take him virtually to the start of the new season.

The 33-year-old told the PA news agency: “I don’t even know what I’m going to do right now. If I take that flight and then I have two weeks in quarantine there while also having three weeks before that in lockdown here with no tennis clubs or gyms open, that’s five or six weeks of doing nothing.

“And then, to have to turn around the next week and go to Australia, it’s almost impossible.”

Venus tried pleading his case to the New Zealand government but has been left disillusioned after help was given to the likes of the West Indies cricket team but not to domestic athletes.

The country has been widely praised for its handling of the crisis having managed to keep cases very low, and Venus said: “It’s great once you’re there and you’re able to be free and have no worries about things, but I think the oversight on the amount of spaces and how they’re working that system to get home, it just doesn’t make sense.

“It’s quite unfair that there are some sports that are actually going on there, where other countries have come in – the West Indies are playing cricket there – so other nationalities are allowed to come in yet the citizens from their own country aren’t able to get back. I think right now they’ve kind of got their priorities wrong.

“We went to the deputy prime minister, he’s the minister of sport in New Zealand. We basically got told that he doesn’t get involved in these things or influence it but I’ve heard things where he has helped out with the rugby team and cricket team so it’s just one of those politics things where they do what they want to help who they want.”

Venus, who has a two-year-old daughter, is considering travelling to Australia instead in the hope he might be able to see his family that way.

“I’m looking into that to see when the earliest I can get there is and try to figure out if family can come across there for some time,” he said.

“I think the longest I’ve gone without seeing them is probably a few weeks so to be almost four months now and then another month and potentially only a week or a few days with them to then turnaround and go for another month to six weeks.

“Every time I go back to New Zealand I’m going to have to do two weeks quarantine on top of the weeks I’m away travelling. It’s becoming a bit of nightmare right now actually.”