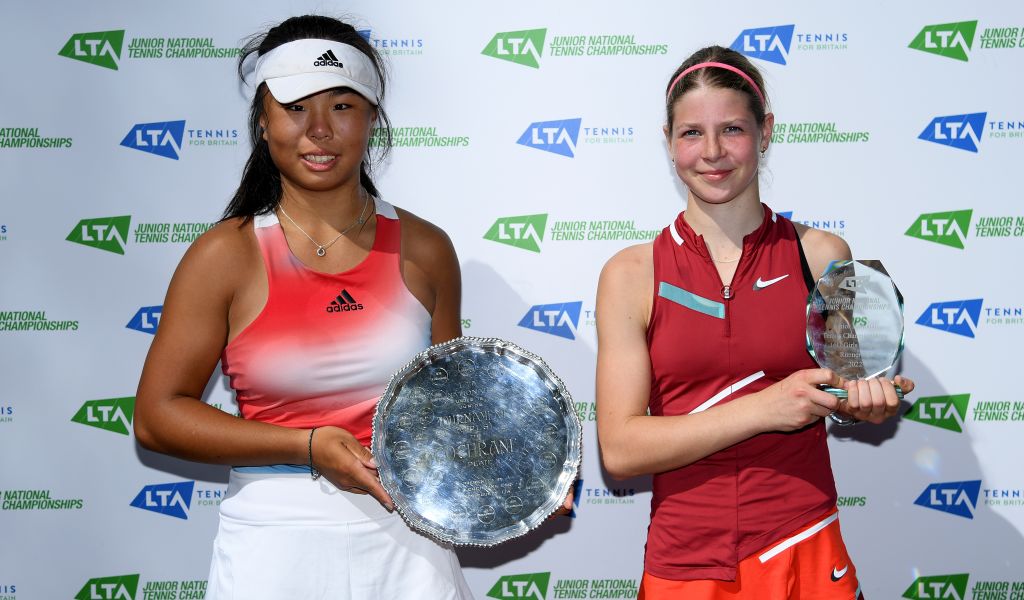 Mimi Xu captured plenty of headlines when she claimed victory in the 18 & Under Junior National Championships last week and now she has backed it up with another big title.

The 14-year-old from South Wales toasted another title win at the LTA’s National Tennis Centre on Friday, as she beat Hannah Klugman in a high-quality final to add the 16 & Under Junior National title to cement her status as the best junior player in the UK.

“I am very proud to have won both of the Junior National events at the National Tennis Centre,” said Bridgend-born Xu, who won 6-3, 7-6.

“I feel like I played the big points well, but all credit to Hannah because she raised her game in the second set. She is only 13 and is already playing at such a high level. Now I have so much to look forward to in the next few weeks with qualifying for Wimbledon a big opportunity for me.”

“It was a high-quality final,” said Katie O’Brien, former British No.1 and now LTA Women’s National Coach: “There was so much depth in the 18 & Under and 16 & Under event this year, so it is a fantastic achievement for Mimi to win both.

“It has been a great success staging these events at the National Tennis Centre and hopefully we will see a lot of these players in years to come.”

Henry Searle is the 16U Junior National Champion 🏆

Henry won a close final over Viktor Frydrych 6-4, 6-4 to claim the title and a coveted wildcard into junior @Wimbledon

Meanwhile, Wolverhampton’s Henry Searle beat Welsh-born Viktor Frydrych 6-4, 6-4 in the Boys’ Singles Final, as he avenged a defeat against Frydrych in last week’s 18 & Under Junior National Championships to prevail in this event.

“I played pretty well in the final,” said Searle, who is a season ticket holder at Premier League football club Wolves. “I played Vik last week and lost, so I needed to come up with a different gameplan this time. It worked well and now I can’t wait to play at Junior Wimbledon this summer.”