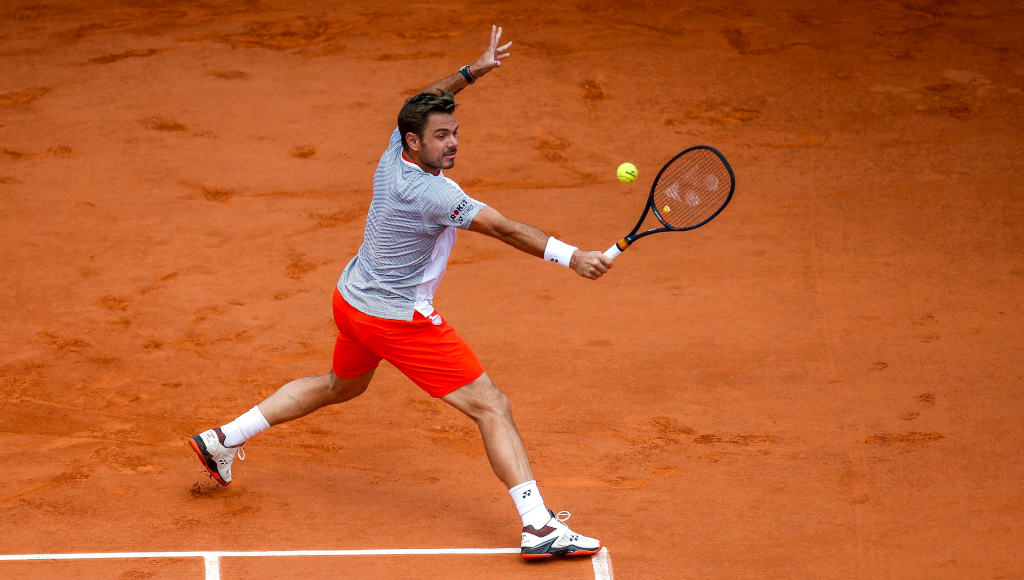 Andy Murray’s return to clay was a chastening one as he was brushed aside by old foe Stan Wawrinka in the first round of the French Open.

Much had been made of the pair being drawn together again three years after a brutal semi-final at Roland Garros proved the end of Murray’s right hip.

The cold and damp conditions were the same but the similarities ended there as 2015 champion Wawrinka took just an hour and 37 minutes to ease to a 6-1, 6-3, 6-2 victory.

The heavy ball has been attracting a lot of criticism but Wawrinka looks as if he could hit through a brick wall, let alone a clay court, and the slow conditions were very much to his liking.

The Swiss may be 35 and having fought back from his own injury troubles, undergoing two knee surgeries while Murray was fighting to preserve his own career. But he is still a proven performer at the grand slams and he quickly set about dismantling the Murray second serve.

It was so cold that Murray was wearing leggings under his shorts and there was sluggishness about the 33-year-old’s movement and particularly his serve.

He won just 11 points on serve during the first set as Wawrinka reeled off six games in a row.

There were a few more positive signs in the second set but Murray, who was unusually reserved, was still left motionless far too often as Wawrinka bulldozed the ball into the corners.

A break of serve right at the start of the third set brought the finish line closer, and Murray was unable to take any of his first three break points when he had Wawrinka at 0-40 in the next game.

The Scot just looked so underpowered compared to his opponent and he was left rooted to the spot once more as Wawrinka drilled a backhand winner into the corner to break for 5-2 before serving out the victory with an ace.