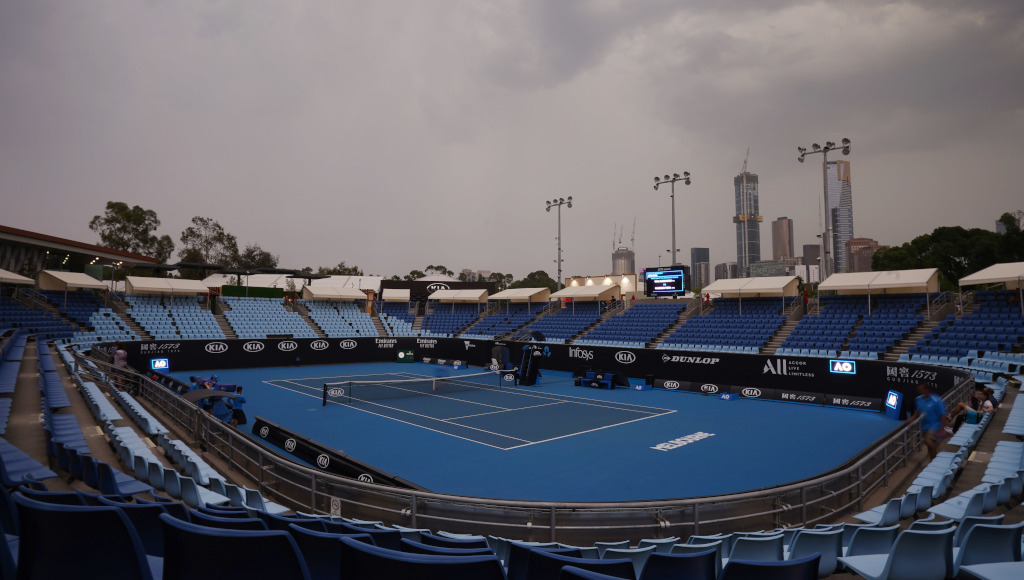 Ten people who have flown to Melbourne for the Australian Open have tested positive to coronavirus, authorities said.

Lisa Neville, police minister for the state of Victoria, reported three new cases on Wednesday, adding one of the cases was a player who has been in “hard lockdown” since arrival into Australia as he came in on a flight where positive cases had been recorded.

The second case related to another player and the third is a support person with the player, she added.

“If they are positive, those two (the player and support person) will go into the health hotel and their bubble will be considered close contacts and will be in lockdown for the 14 days.”

Your words are much appreciated, thank you for your support @vika7, it means a lot to us. https://t.co/fsJz63DCJl

Tennis Australia chief executive Craig Tiley said the safety of the Victorian community will not be compromised, but added the body was walking a “tightrope”.

He told ABC News Breakfast: “I do understand the players, this is a new experience for them and I don’t think anyone expected to know what the 14 days was like and they are adapting to it.

“At the beginning, it was pretty challenging with their adaptation, it’s got a lot better, I think the majority of the players understand and accept it and there is a minority struggling with it but we are going to do whatever we can to make it better for them.”

Yulia Putintseva of Kazakhstan has been one of the most outspoken complainants and she posted a picture of herself on Instagram holding up a sign reading: “We need fresh air to breathe.”

The critics have received the most publicity but there are plenty of players who have accepted the restrictions without complaint and appreciate how their situation looks to Melburnians, who endured the strictest lockdown in the world to reduce community cases to zero.

Two-time former Australian Open champion Victoria Azarenka wrote in a long Twitter post addressing her fellow players: “This has been a very difficult time for a lot of us that did not expect to end up in the situation we are in today, myself included.

“To be in a 14 day hard quarantine is very tough to accept in terms of all the work that everyone has been putting in during their off-season – to be prepared for playing our first grand slam of the year.

“I understand all the frustration and feeling of unfairness that has been coming and it is overwhelming.

“We have a global pandemic, nobody has a clear playbook of how to operate at full capacity and without a glitch, we all have seen it last year. Sometimes things happen and we need to accept, adapt and keep moving!”