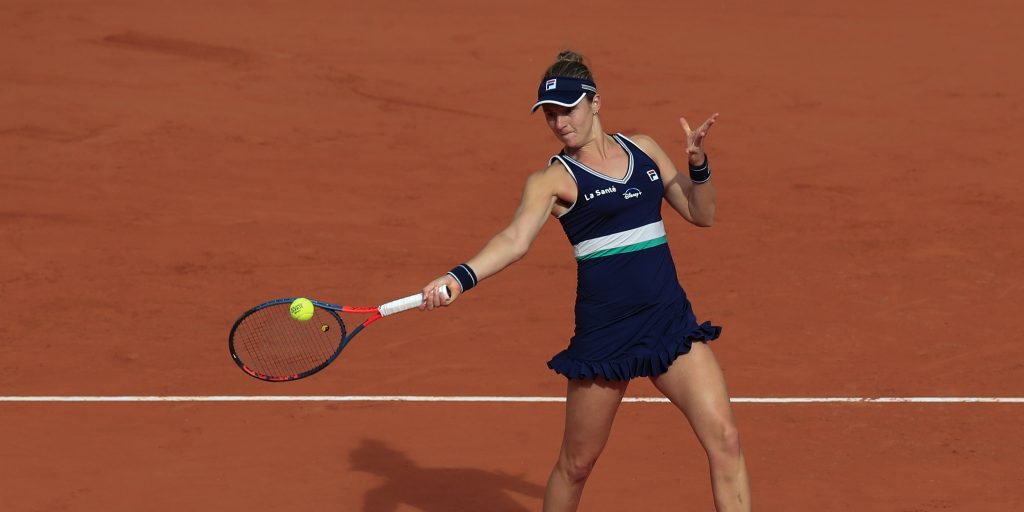 Nadia Podoroska made French Open history with a shock defeat of third seed Elina Svitolina in their quarter-final clash.

The 23-year-old from Argentina, playing at Roland Garros for the first time, became the first qualifier to reach the women’s singles semi-finals.

It has been a tournament full of upsets but Podoroska pulled off the biggest of the lot, stunning the Ukrainian world number five 6-2, 6-4.

Podoroska’s run in Paris – eight matches and counting including qualifying – is all the more remarkable given that she had never previously won a Grand Slam match, and has never even claimed back-to-back wins on the WTA Tour.

Moreover the world No 131 had never played a top-20 player before, let alone beaten one.

But Podoroska looked right at home on her first appearance on Court Philippe Chatrier, racing through the first set with 17 winners to the unsettled Svitolina’s two.

Svitolina finally held serve at the start of the second and then forged a break ahead, but Podoroska immediately wiped that out with a stunning drop shot.

Break after break followed until Podoroska held for 5-4 and then converted a third match point with a forehand winner before hurling her racket in the air in jubilation.

Podoroska said: “It’s a little bit difficult for me to speak. Thank you everybody for your support, I’m very happy.”