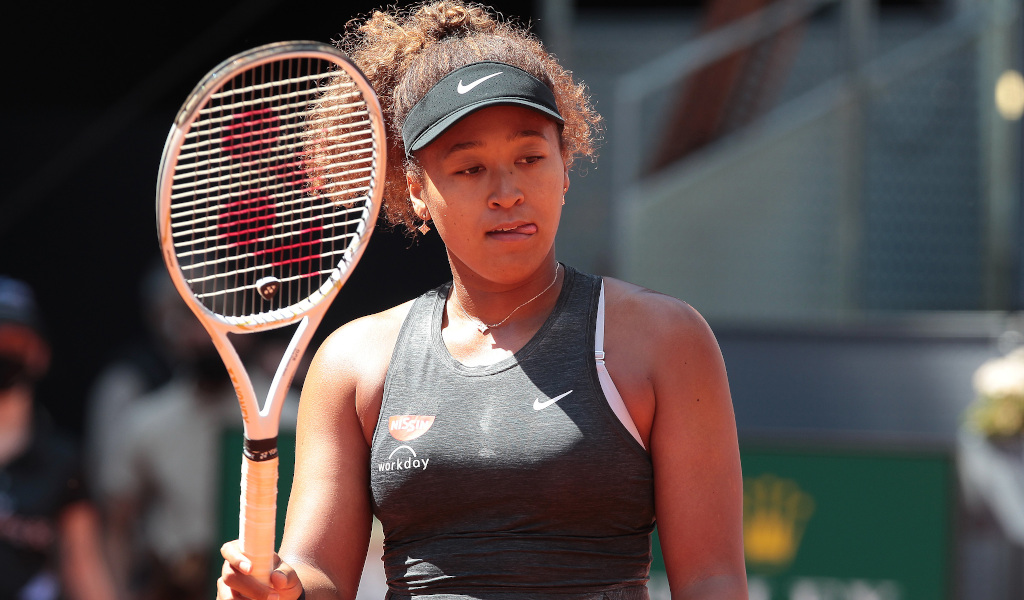 Naomi Osaka has been warned she faces being thrown out of the French Open should she continue her media boycott.

The four-time Grand Slam champion announced on social media ahead of the tournament that she would not be doing any press at Roland Garros, citing mental health reasons.

It has not gone down well with the tournament and drew an unusually punchy joint statement from the four Grand Slams, who threatened Osaka with severe sanctions should she not reconsider her stance.

The statement said: “We have advised Naomi Osaka that, should she continue to ignore her media obligations during the tournament, she would be exposing herself to possible further code of conduct infringement consequences.

“As might be expected, repeat violations attract tougher sanctions including default from the tournament and the trigger of a major offence investigation that could lead to more substantial fines and future grand slam suspensions.”

The statement continued: “The Roland Garros teams asked her to reconsider her position and tried unsuccessfully to speak with her to check on her well-being, understand the specifics of her issue and what might be done to address it on site.

“The mental health of players competing in our tournaments and on the tours is of the utmost importance to the grand slams. We, individually and collectively, have significant resources dedicated to player well-being.

“In order to continue to improve, however, we need engagement from the players to understand their perspective and find ways to improve their experiences.

“A core element of the grand slam regulations is the responsibility of the players to engage with the media, whatever the result of their match, a responsibility which players take for the benefit of the sport, the fans and for themselves.

“As a sport, there is nothing more important than ensuring no player has an unfair advantage over another, which unfortunately is the case in this situation if one player refuses to dedicate time to participate in media commitments while the others all honour their commitments.

“Finally, all grand slams remain committed to continually reviewing and discussing opportunities, together with the tours and the players, to improve every aspect of the player experience, including with the media.

“But we consider this is only ever achieved through respectful and constructive discussions.”

Despite her media snub, Osaka did take part in a short and rather awkward on-court interview for the few hundred fans allowed into Court Philippe Chatrier following her victory over Romanian Tig.