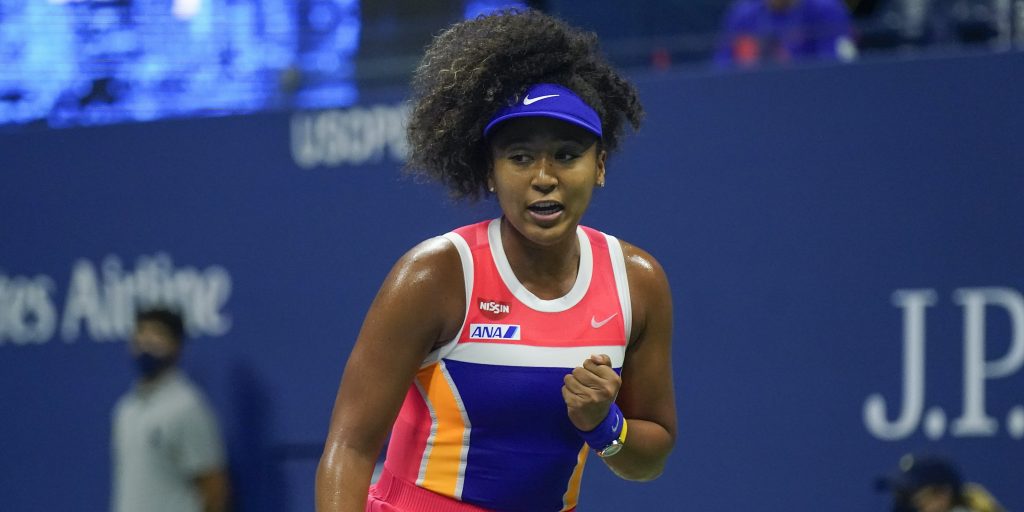 Two-time Grand Slam winner Naomi Osaka won a power battle against Jennifer Brady to march back into the US Open final.

Brady has been the breakout star of the tournament and her performance here showed that America has yet another woman who can challenge for Grand Slam titles.

That winning smile 😍@naomiosaka is through to the #USOpen final once again! pic.twitter.com/6fiHKPYGna

But that honour here will go to Osaka, who will take on either Serena Williams or Victoria Azarenka in her third major final.

The Japanese fourth seed came onto court wearing a mask bearing the name of Philando Castile, a 32-year-old black man who was shot dead by a police officer in 2016.

Playing for a cause bigger than herself has given Osaka a clear mindset on court, and she played a virtually immaculate opening set.

Brady, 25, had not dropped more than four games in a set all tournament, and certainly did not let the occasion get to her, the pair trading ferocious blows.

Look who’s in the crowd supportin’ his girl 👀🥰@cordae I #USOpen pic.twitter.com/nL9kee8hCP

The American had the only chance to break in the seventh game but missed a return, and that was her Achilles heel in the tie-break as Osaka marched to within sight of the final.

But Brady fully believes she belongs with the best players in the world now, as she pushed ahead with an even better second set.

She came out on top of a pulsating rally to break for 5-3 and confidently served out to level the match.

The match was being played under the Arthur Ashe roof, with storms forecast in New York, and, as the rain hammered down, Osaka forged ahead in the decider.

Brady had not faced a break point for more than two sets but a loose game at 1-2 gave Osaka an opening and she pounced.

The net cord, which had favoured the American until that point, had a hand in it, while Brady declined to challenge a backhand called out on break point that was shown by HawkEye to be in.

That proved to be the beginning of the end of Brady’s terrific tournament as Osaka held her nerve to serve it out.