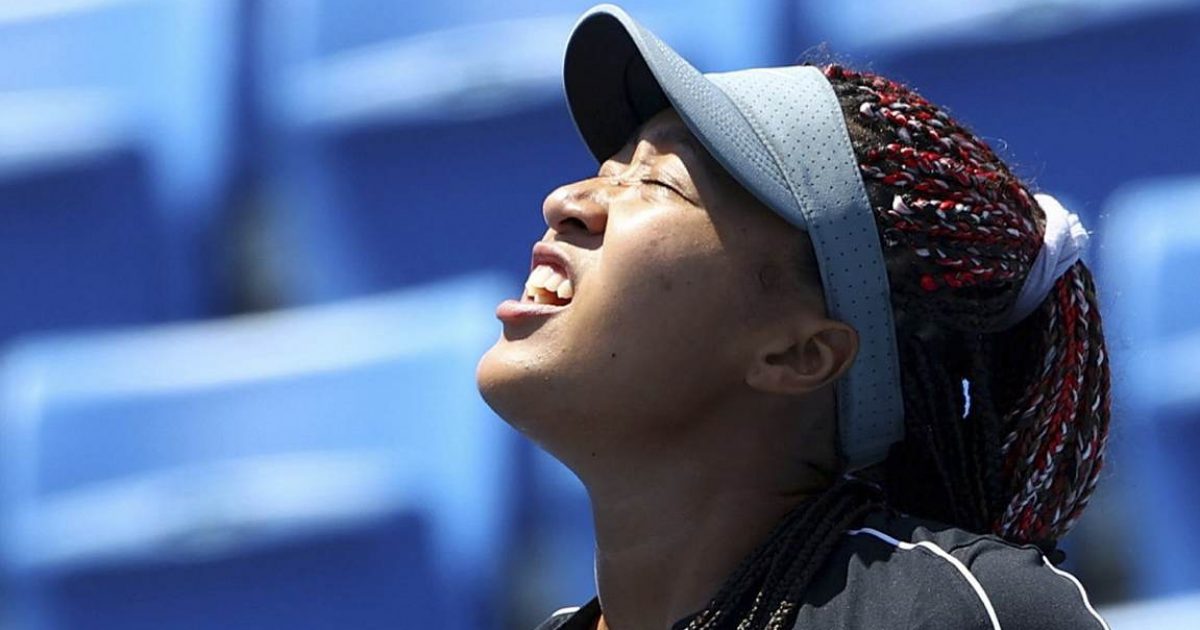 The eyes of the world were on Naomi Osaka when she lit the Olympic flame on Friday night and it will be the same on Sunday when she ends her eight-week break from tennis by taking on China’s Zheng Saisai.

Any doubt about Osaka’s status in Japan or the sporting world in general was put to bed as she took the torch on its final journey in the Olympic Stadium, climbing a symbolic Mount Fuji in a striking ending to the opening ceremony.

Now the 23-year-old must turn her focus back to the court, where she has not been seen in a competitive environment since withdrawing from the French Open in May and opening up about her mental health struggles.

Born in Japan to a Japanese mother and Haitian father before moving to the USA as a young child, and as an outspoken advocate for equality, the choice of Osaka to light the torch was a pointed one.

Japan is one of the least racially diverse countries in the world and the portrayal of Osaka as a mixed race woman has often been problematic.

This was an expression of intent for a new, more open Japan, and Osaka wrote on social media: “Undoubtedly the greatest athletic achievement and honour I will ever have in my life. I have no words to describe the feelings I have right now but I do know I am currently filled with gratefulness and thankfulness.”

Osaka was the first tennis player to light the Olympic flame, with rumours beginning after her match was shifted from Saturday to Sunday, and it was a proud moment for the sport as a whole.

She is aiming to become the first Japanese tennis player to win an Olympic gold medal, and there will be a lot of focus on how she handles the attention and expectation following the furore that blew up over her social media statement that she would not be fulfilling her media duties at Roland Garros.

The 23-year-old opted to miss Wimbledon as well but, in an essay for Time magazine earlier this month, Osaka reiterated her commitment to playing at the Olympics, saying: “I could not be more excited to play in Tokyo.

“An Olympic Games itself is special, but to have the opportunity to play in front of the Japanese fans is a dream come true. I hope I can make them proud.”

Since then, of course, the worsening Covid situation in the Japanese capital has resulted in the Games behind held without spectators.

Back on her favoured hard courts, where she has won four of the last six grand slam titles, Osaka should not have too many problems against 52nd-ranked Zheng from China.

Several big names are missing, including Serena Williams, but seven of the top 10 are in the field, led by world number one and recent Wimbledon champion Ashleigh Barty.

A final between Osaka and Barty would be a huge occasion, and men’s top seed Novak Djokovic backed the Japanese star to handle the expectation.

“Naomi Osaka is a great champion that we have in our sport,” said Djokovic. “Playing in her country without a crowd is obviously not ideal for her, I’m sure that she wanted to have support and people behind her.

“She and (Kei) Nishikori carry a lot of responsibility and weight on their shoulders for sure playing in Japan, I know people expect a lot from them.

“But, even though Naomi is relatively young, she’s a grand slam champion and she has quite a lot of experience playing at the highest level, so I don’t think that’s going to cause a lot of trouble for her.”