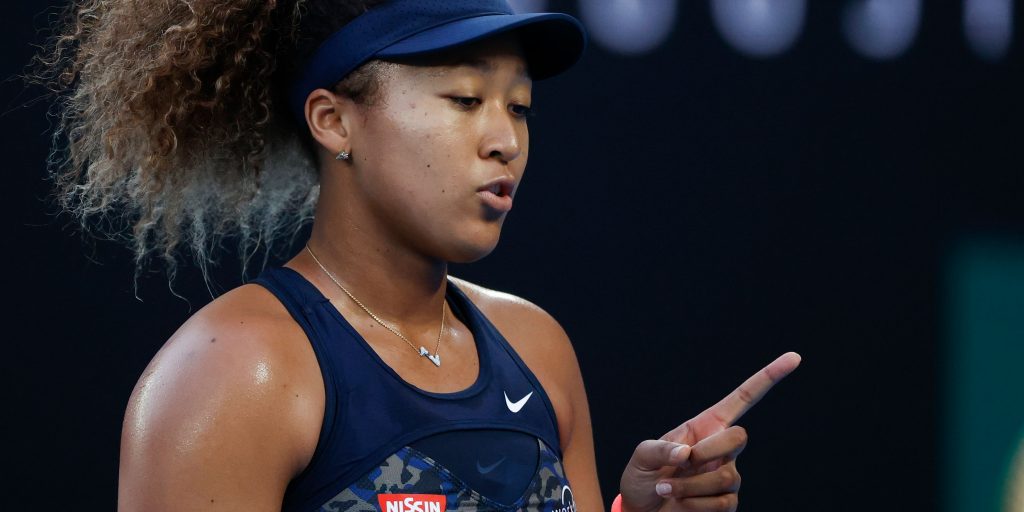 Naomi Osaka has been unbeatable since the realisation after last year’s Australian Open that tennis does not matter as much as she thought it did.

Defending her second Grand Slam title in Melbourne, Osaka froze taking on teenager Coco Gauff in the third round and slumped to a straight-sets defeat.

Two weeks later she won only three games in a Fed Cup match against little-known Spaniard Sara Sorribes Tormo. It was a watershed moment through which coach Wim Fissette found the key to freeing Osaka to fly to the top of the game again.

“I lost really bad and for me that was really life-changing,” said Osaka. “He just told me my life won’t change if I lose, it can only get better from winning.”

Since that day last February, Osaka has won all 20 matches she has played, taking in a third grand slam title at the US Open and carrying her though a very tough draw to a fourth major final at Melbourne Park.

She saw off Serena Williams in straight sets in the semi-finals and goes into Saturday as a big favourite against first-time slam finalist Jennifer Brady.

“I think the thing that I’m most proud of is now mentally strong I’ve become,” she said.

We can’t wait for tomorrow’s rematch between @naomiosaka & @jennifurbrady95 in the #AO2021 women’s singles final🎇#AusOpen pic.twitter.com/UoZFPvuTHI

“I used to be really up and down. I had a lot of doubts in myself. But I think the quarantine process and seeing everything that’s going on in the world, it put a lot into perspective. I used to weigh my entire existence on if I won or lost a tennis match. That’s just not how I feel any more.”

Osaka and Fissette have now been working together for more than a year and learning to trust the Belgian and be open with him has been a key step forward.

Fissette said: “During the Australian Open last year, she looked very nervous to me, she was under pressure, and she only looked like that because she was not expressing her feelings.

“I asked before the Gauff match how she was feeling, and she told me she was OK, everything was good. She was obviously not. She was completely blocked by her emotions in that match.” 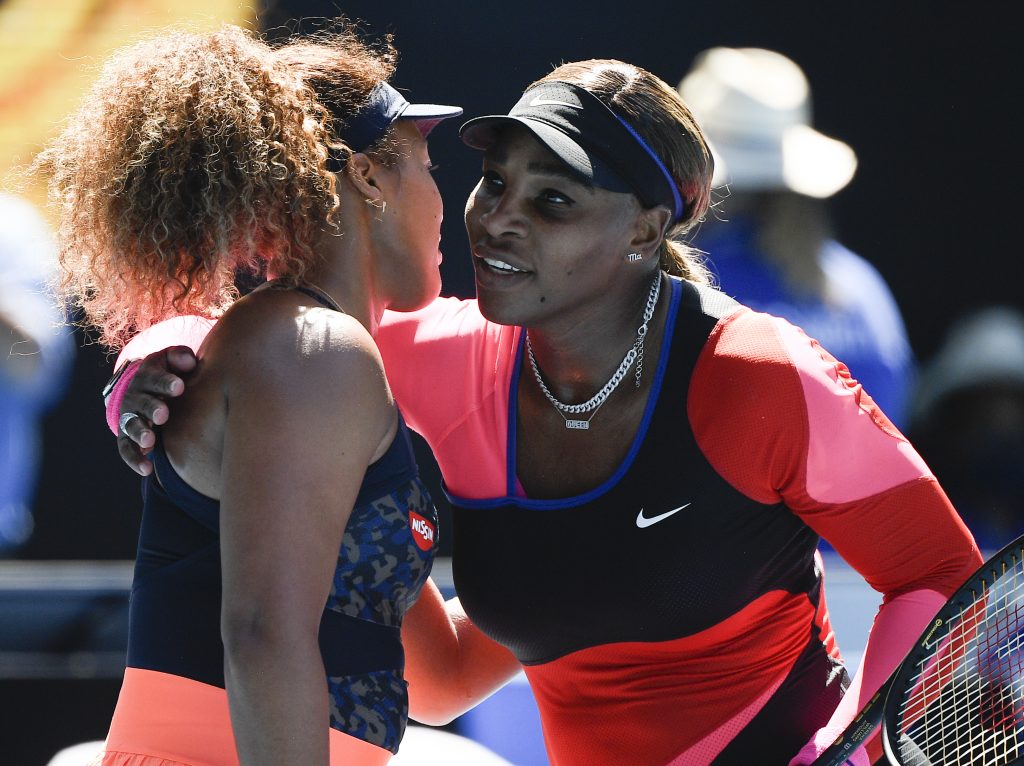 Fissette is one of the most experienced and respected coaches in women’s tennis having previously worked with multiple slam champions Kim Clijsters, Victoria Azarenka and Angelique Kerber.

Asked what those players and Osaka have in common, he said: “I think the most important thing is that they love big matches and big moments, but especially Naomi. She was excited yesterday before the match (against Williams). She was like when I bring my kids to the toy store.

“It’s just great to see at such a big moment, serving for the match against Serena in the semis, that she has such a clear mind and she knows exactly what she needs to do.

“I think that’s the best thing about Naomi. She’s a big server, she’s a big hitter, but she’s a lot more than that. She’s also a great thinker on the court.”

Osaka will certainly not underestimate 25-year-old American Brady after they played one of the best matches of 2020 in the US Open semi-finals.

“It’s easily one of my most memorable matches,” said Osaka. “I think it was just super high quality throughout. For me, it’s not really surprising at all to see her in another semis or another finals.”

Brady is a late developer at the top level, having only really found her love for the sport during her studies at the University of California.

She said: “I didn’t really have great success in the juniors. That was really hard for me. I took a hit there and thought, ‘OK, maybe I’m not meant for this sport. Maybe I’m not good enough. I’ll go to college for four years and then I’ll find a real job’.” 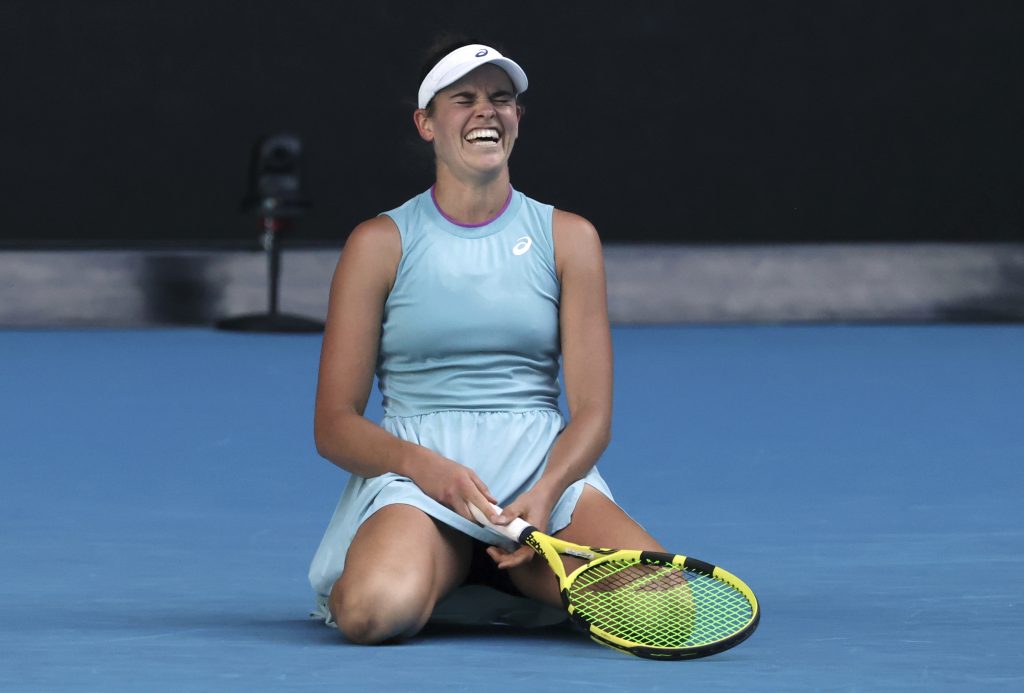 Brady finally realised she could compete with the best players last year and she will break into the top 20 for the first time next week.

Her achievement is all the more impressive considering she was one of the 72 players confined to her hotel room during two weeks of quarantine on arrival in Australia.

Brady struggled with nerves during a semi-final victory over Karolina Muchova, and she said: “I don’t know how I’m going to feel on Saturday.

“I can say I can enjoy the moment and just try to play tennis and not really think too much about it, but there’s going to be moments… where I’m going to be thinking about, ‘Wow, this could be my first Grand Slam title.”