Naomi Osaka survives scare to reach US Open fourth round 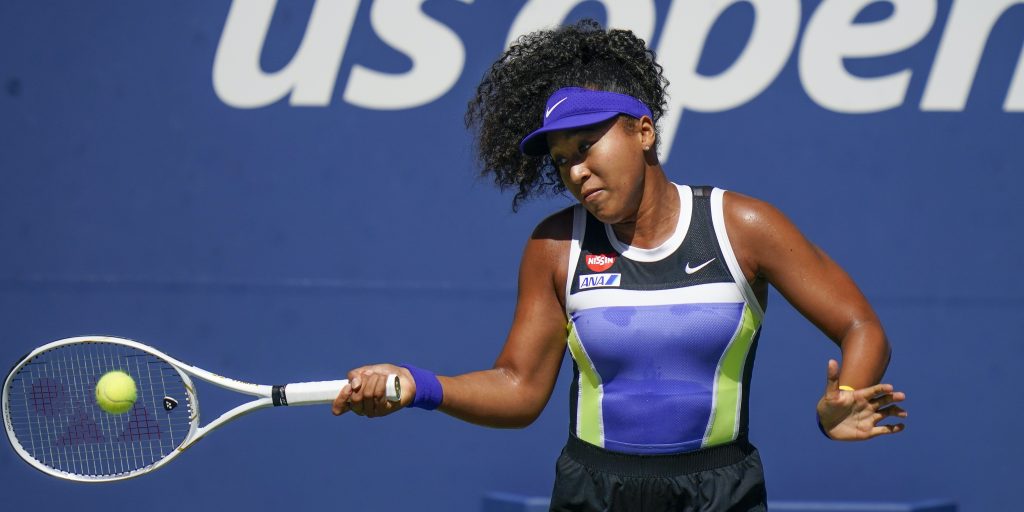 Title favourite Naomi Osaka survived a scare against Ukrainian teenager Marta Kostyuk to reach the fourth round of the US Open.

Osaka once again wore heavy strapping on the left hamstring she injured last week while her mask bore the name of Ahmaud Arbery, a 25-year-old unarmed black man who was shot dead while out running in February.

Osaka has masks with different names on for all seven rounds, and she showed just how much she wants to repeat her triumph of two years ago.

Kostyuk reached the third round of the Australian Open in 2018 aged just 15 but this was her first big moment in the limelight since and she certainly rose to the occasion.

Having faced pressure in most of her service games, the now 18-year-old made Osaka pay for missed chances by taking the second set on a tie-break and, had she converted on any of the break points at 2-1 in the third, the result may well have been different.

Speaking on court, Osaka said: “She was very good. I’m kind of scared of how good she’s going to be in the future.”

Fellow former champion Angelique Kerber is also through to the last 16 after a 6-3 6-4 victory over Ann Li, and a fascinating contest awaits against in-form American Jennifer Brady, who knocked out Karolina Pliskova’s conqueror Caroline Garcia.