Naomi Osaka has written a message of thanks for the “love” she has received since withdrawing from the French Open on Monday.

The world number two headed home to Los Angeles after opening up about her battles with depression and social anxiety amid a row over her decision not to fulfil her media commitments.

The past week has seen an avalanche of support for Osaka from across the sporting world and beyond. 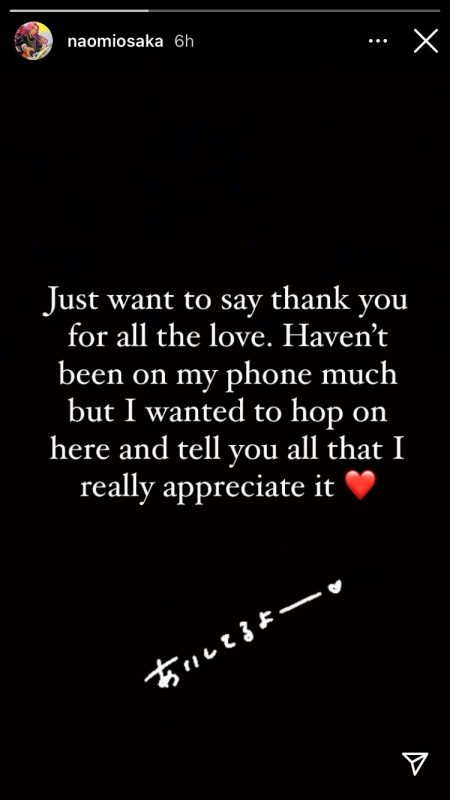 In her first social media activity since Monday, the 23-year-old wrote in an Instagram Story: “Just want to say thank you for all the love. Haven’t been on my phone much but I wanted to hop on here and tell you all that I really appreciate it.”

Osaka said she would be taking some time away from the court and it remains to be seen where she will play next.

The four-time grand slam champion has pulled out of what was scheduled to be her first tournament on grass in Berlin beginning on June 14 and there are serious question marks over whether she will play at Wimbledon.