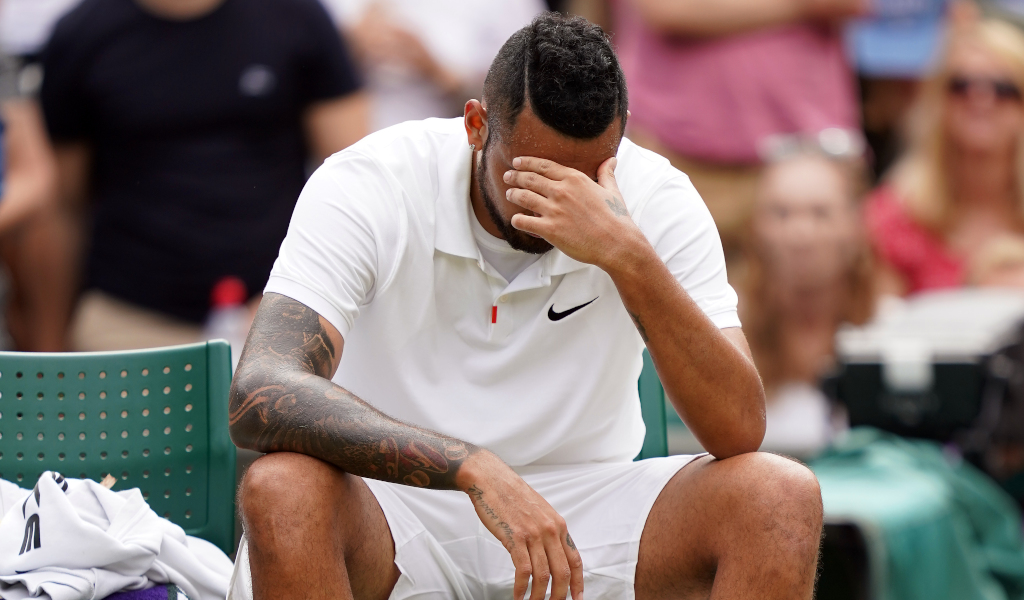 Nick Kyrgios admitted he was “devastated” to bow out of Wimbledon prematurely after injury forced him to retire from his third-round match against Felix Auger-Aliassime.

The temperamental Australian, so often criticised for his on-court behaviour in recent years, has delighted the crowd this week with his tennis as well as his antics, while his mixed doubles pairing with Venus Williams lit up SW19 on Friday.

But Kyrgios, who had not played a single tournament since February before arriving in London last week, was forced to leave his own party early after suffering an abdominal injury while level at one set all against 16th seed Auger-Aliassime.

Rest up, @NickKyrgios – look forward to having you back next year 👊#Wimbledon pic.twitter.com/WURhj58ErR

“I was devastated, obviously. I’m enjoying myself,” he said. “Going from the bad boy of tennis, all this stuff, to now one of the crowd favourites. I knew they wanted me to keep playing. I tried to give everything I absolutely could.

“I knew the more I served, the worse it was getting. It was heartbreaking for me. I told the crowd it was the end of the road. It was a journey.

“I honestly thought the way I was playing I could have done some pretty cool things this week. But it is what it is. It was tough to leave that crowd, honestly.”

Although he could not confirm it, the injury means it is almost certain his doubles pairing with Williams is over.

“I’m just disappointed. I don’t want to think about telling Venus just yet,” he added.

Felix Auger-Aliassime advances to the fourth round after Nick Kyrgios is forced to retire due to injury.

It was a sign of Kyrgios’ popularity this year that, despite being the loser of the match, he was interviewed on court afterwards.

It was a huge shame both for the Court One crowd and Kyrgios himself, especially given how he started the match – once an official had retrieved the trainers which he absent-mindedly left in the locker room.

Hug it out… 🤗#Wimbledon pic.twitter.com/MRL4PKst95

However, he had needed a medical timeout at 5-2, and late in the second set he began serving at around 85mph.

Auger-Aliassime took the set 6-1 and Kyrgios sat down, briefly consulted the trainer before shaking his opponent’s hand.

He said his piece to the microphone and then waved goodbye to warm applause, the one-time enfant terrible of tennis now the unlikely darling of Wimbledon.

The reception Kyrgios has received this week also seems to have reinvigorated his desire to keep playing the sport he has so much talent at, but sometimes so little regard for.

“I think there’s something cool in the fact I pick and choose very wisely what I want to play,” he added. 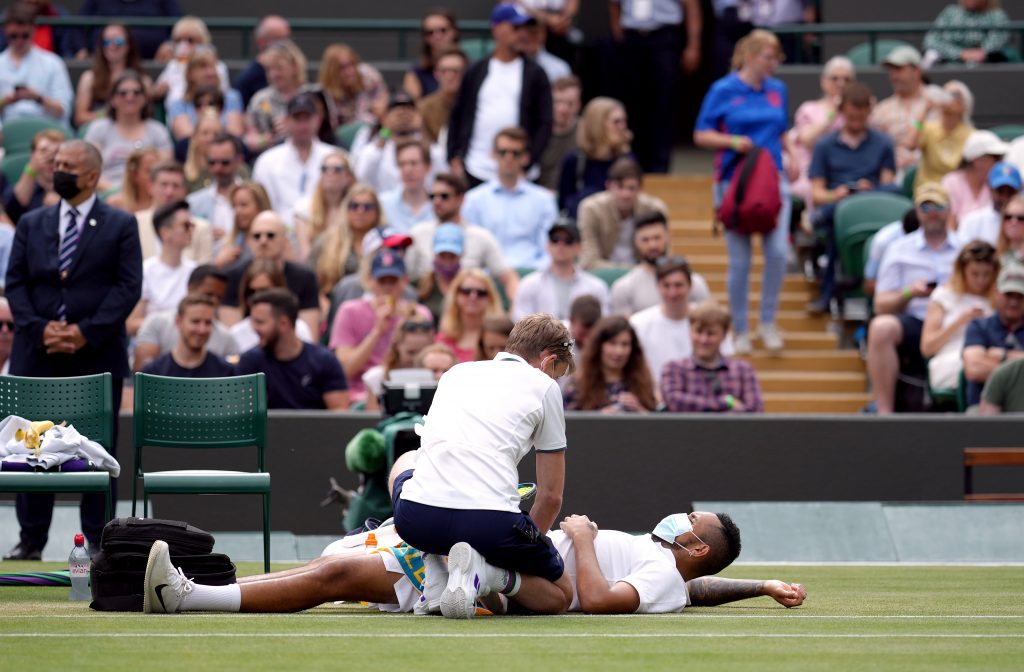 “I think it’s cool that I don’t play that often, because when I do play, they definitely tune in. All my matches are packed out.

“I think that’s the cool thing about it. They’re like, ‘Kyrgios will be playing, now he’s playing’, there’s full hype around it.

“We’ll see. I really enjoyed the crowd this week. It felt like I was playing back home in Australia. It was even better. So it was cool.”