Code violation for swearing, plenty of laughs as Nick Kyrgios and Venus Williams partnership starts with a win 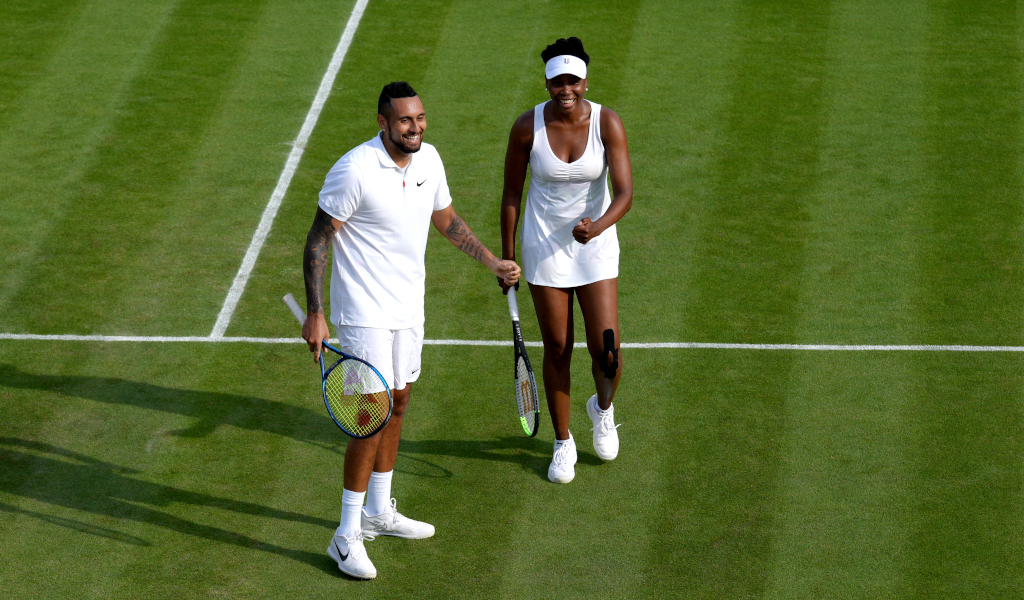 Not even playing alongside Wimbledon royalty in the mixed doubles could prevent Nick Kyrgios from getting a code violation for swearing.

The hot-headed Australian, whose singles matches so far have been peppered with various rants and raves, had been on his best behaviour for the majority of his partnership with five-time singles champion Venus Williams, against Austin Krajicek and Sabrina Santamaria.

But in the deciding set, when Kyrgios felt hard done by at being denied a challenge and Williams’ serve was promptly broken, the familiar expletives came out towards the umpire’s chair.

Williams, 41, looked as if she was trying not to laugh at the outburst, which did not detract from an otherwise good-natured and hugely-entertaining match on a sun-drenched Court Two.

Kyrgios and Williams won 6-3, 3-6, 7-5 and received a standing ovation from a delighted crowd.