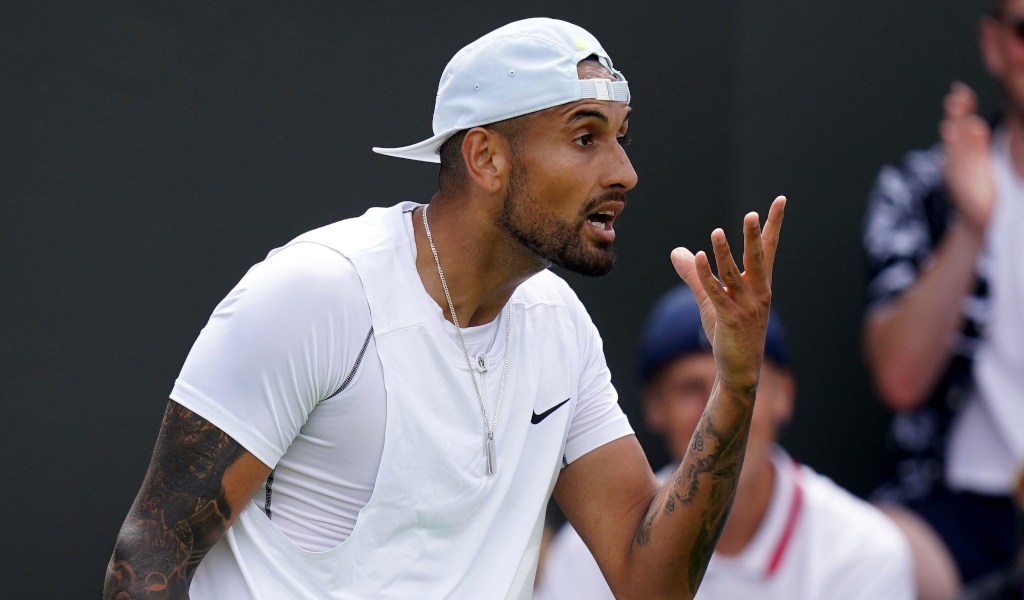 Nick Kyrgios is being fuelled by his critics as he bids to achieve a best Grand Slam result at Wimbledon.

After the drama and recriminations of his clash with Stefanos Tsitsipas, the Australian’s fourth-round match against Brandon Nakashima on Centre Court was a much less tempestuous affair.

Kyrgios struggled with a shoulder problem but recovered from a set down and then clinched the decider against 20-year-old American Nakashima, winning 4-6, 6-4, 7-6 (7-2), 3-6, 6-2 to set up a quarter-final with Chile’s Cristian Garin. 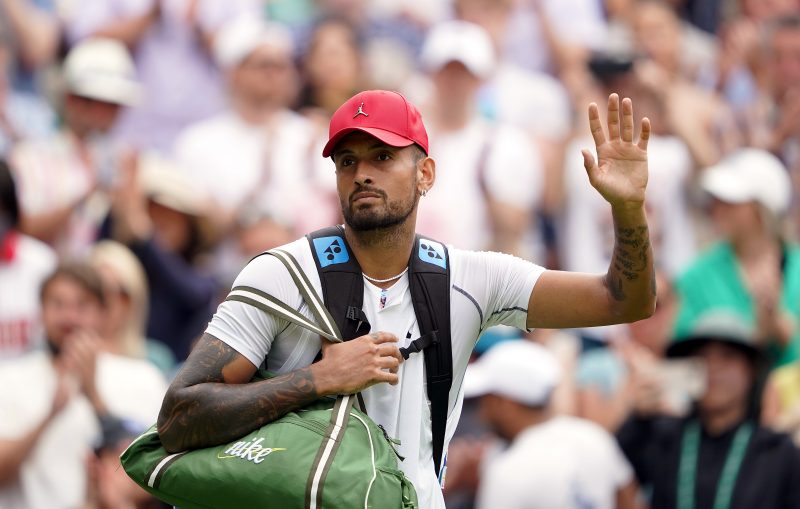 Kyrgios’ battle against Tsitsipas was undoubtedly the most talked-about match of the tournament so far, with the 27-year-old receiving plenty of criticism for his on-court behaviour.

“Honestly, I don’t care,” said Kyrgios. “I just smile. It’s so funny. I joke around with my team about it so much. It’s hilarious.

“I almost just wake up and read things, and I just laugh. And I never forget things people say, whether it was three, four years ago, things that just stick with me.

“I have a massive chip on my shoulder. I sit here now in the quarter-finals of Wimbledon again, and I just know there’s so many people that are so upset.”

Kyrgios has reached the last eight at Slams twice before, on his Wimbledon debut in 2014 and then at the Australian Open the following year, losing at that stage both times.

There have been more lows than highs since but he was proud of the way he fought his way past Nakashima, saying in his post-match on-court interview: “I need a glass of wine tonight for sure.”

And Kyrgios now feels mentally ready to go even further.

“Today I was almost just smiling and laughing to myself on the far side, just knowing I was locked in an absolute battle,” he said. “In the past I wasn’t able to kind of enjoy that.

“That’s probably the first time in my career where I wasn’t playing well, regardless of playing Centre Court Wimbledon, fully packed crowd, I was able to just say, ‘Wow, look how far I’ve come’.

“I was bouncing the ball before I served. I really just smiled to myself. I was like, ‘We’re here, we’re competing at Wimbledon, putting in a good performance mentally’.

“There was a time where I was having to be forced out of a pub at 4am to play Nadal second round. My agent had to come get me before I played my match on Centre Court. I’ve come a long way, that’s for sure.

The concern is whether Kyrgios’ body can hold up. He began wincing and holding his shoulder during the first set before taking painkillers and then a medical time-out for treatment later in the match.

It looked like he may be heading out when Nakashima, who was through to the fourth round of a slam for the first time, took the fourth set, with Kyrgios deliberately tanking the final game, but the Australian regrouped impressively in the decider.

One fan has got no time for Nick Kyrgios’ complaints! 😅#Wimbledon #BBCTennis pic.twitter.com/Nx8FykY4m4

“At the end of the fourth, complete rope-a-dope tactic,” said Kyrgios, who only had one argument with the umpire, earning a rebuke from a spectator who told him to “stop moaning”.

“I just threw away that service game. I knew he was in a rhythm. He was starting to get on top of me. I kind of just wanted to throw him off a little bit. It worked.

“I woke up after Tsitsipas and had some shoulder pain. I’ve played so much tennis in the last month and a half, so I almost knew that it was time for my body to start feeling some niggles. I think that’s normal. It’s just something I manage.

“I’ll keep having the same mentality, taking one match at a time. Everyone is capable at this point in time. There’s eight players left.

“I just want to continue to do the right things physically, professionally. My team does such a good job. I do so much physio work. We all stay as a close-knit team. We’re just doing this together. Hopefully we can keep going.”