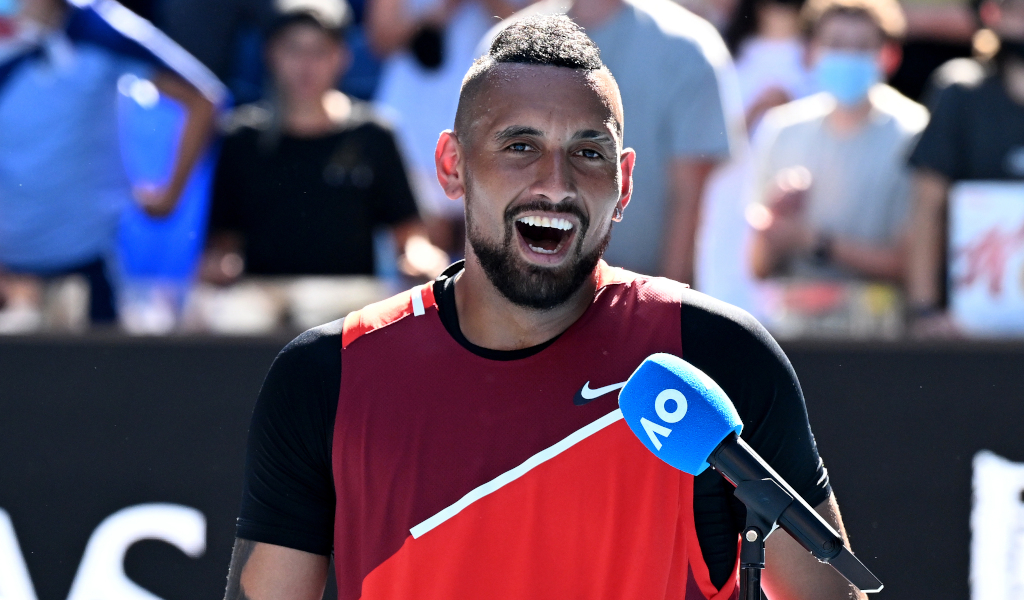 Nick Kyrgios is putting the tennis racket down for a short while and swapping it for a basketball as he is headlining a celebrity basketball match for charity.

The star studded side will be taking part in the Sydney Kings Starlight Celebrity game on April 24 at the Qudos Bank Arena at the Sydney Olympic Park.

Kyrgios is a massive basketball fan if his Twitter account is anything to go by so this match which has been organised by the Kings basketball team won’t seem like work for him at all.

#BREAKING | @SydneyKings owner Paul Smith reveals to @BenFordham that @NickKyrgios will headline the action at the charity basketball match this weekend.

NSW Premier Dominic Perrottet and TV personality Ben Fordham will be the captains for teams in the Starlight Celebrity Game and they will have teams full of celebrities from the worlds of sport, entertainment and politics.

Kyrgios spoke to NBA Australia last year about why basketball is so important to him when he isn’t busy playing tennis, he said: “When I’m out playing basketball I don’t think of anything for that hour or two hours.

“It’s just having fun, seeing the ball, just hearing the ball bouncing going through the net, it’s my meditation, I feel like I’ve got no problems in the world – and then when I step off the court I feel like the real world just catches up again.

“It’s just like something that’s always going to be a part of me, I don’t want to stop playing it, I played until I was 14 competitively and I still play whenever I can, like literally all around the world, I go to LA Fitness until like 2am and play and run with guys, so I always try and get a ball in my hand when I can.”

Kyrgios was last in action on a tennis court on April 9 when he reached the semi final of the Houston Open before he was beaten by Reilly Opelka.