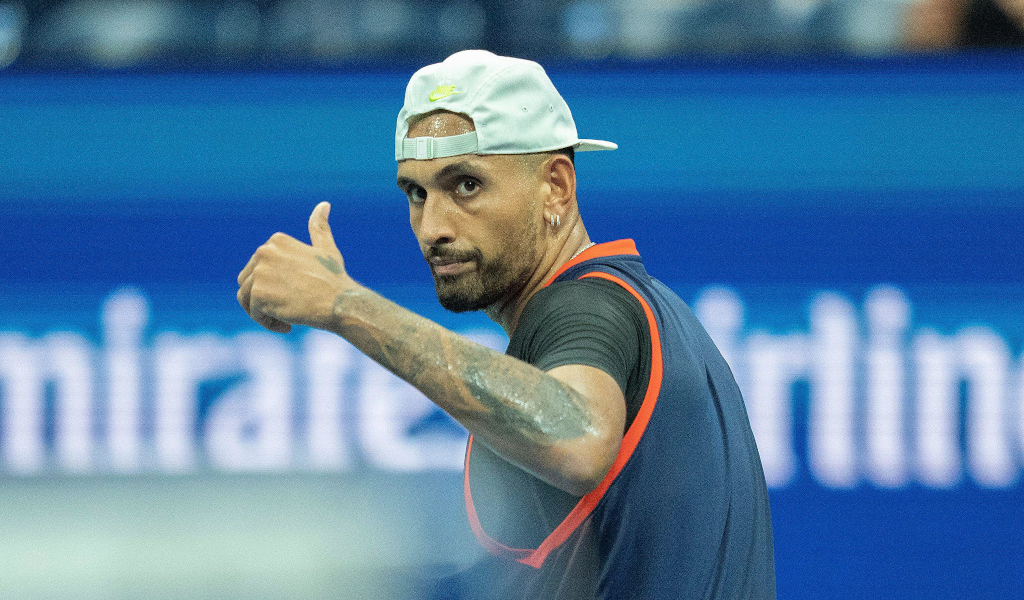 Nick Kyrgios has made a thinly veiled dig at Stefanos Tsitsipas in an Instagram Story after the Greek player’s mother accused him of playing “dirty tennis”.

Kyrgios and Tsitsipas met in the third round at Wimbledon earlier this year, but their match turned into an X-rated affair with swearing and several contentious moments as both players lost their cool during the encounter.

Australian Kyrgios at one point asked the chair umpire to disqualify his opponent after the Greek smashed a ball into the stands, but his request fell on death ears.

After the match Tsitsipas accused Kyrgios of being a “bully”, adding that “he also has a very evil side to him”.

The 27-year-old, of course, rejected the claims, saying” “I just don’t understand what I did. Like I did nothing towards him. I didn’t think I was aggressive towards him. I wasn’t hitting balls at his face. I don’t know. I didn’t feel like there was any anger.

“I had no anger towards Stef today on the match. I don’t know where it’s coming from, to be honest. If he’s affected by that today, then that’s what’s holding him back. I just think it’s soft.”

Last week Tsitsipas’ mother Julia Apostoli brought the issue back into the spotlight during an interview with Greek media as she claimed that the Australian brought the worst out in her son.

“The only person who confuses Stefanos is Nick Kyrgios. He is the only one who brings him out of himself,” she told Greekcitytimes.com.

“In the Wimbledon match, Kyrgios decided to ignore the general rules of sports. The match became very strange and nervous because he was playing ‘dirty’ tennis.

“Stefanos doesn’t play like that. He completely lost his temper due to the behaviour of his opponent and lost the match without being any worse on the court.”

Kyrgios was never going to keep quiet and he had his own dig – a two letter reply – on social media. 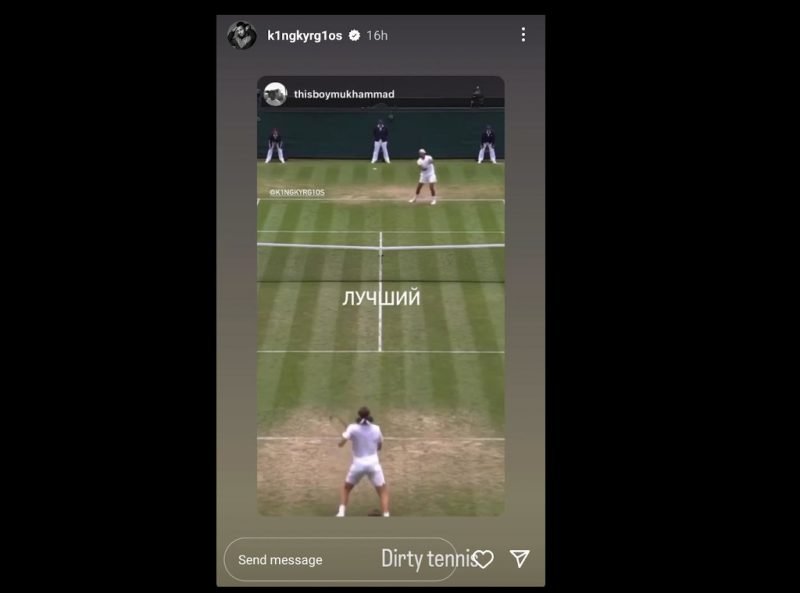 The Australian posted a clip of their clash at Wimbledon and, after winning a point, Kyrgios turned to the crowed and bowed. He accompanied the post with the words “dirty tennis”.

Both players were hit with fines after the bad-tempered match at SW19. Kyrgios went on to reach the final, but finished runner-up Novak Djokovic in his maiden Grand Slam final, losing in four sets.