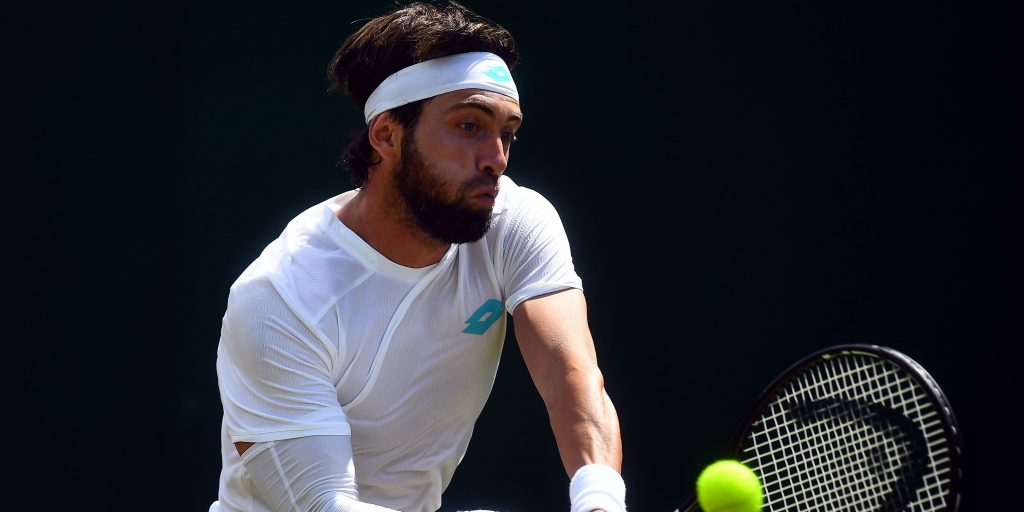 The Georgian arrived in Doha having lost 14 of the 16 matches he had played since the tour resumed last summer, with his only victories coming against opponents ranked outside the top 250.

Basilashvili’s poor form coincided with him being charged in his native country with domestic violence against his ex-wife, and the legal process remains ongoing.

But the world No 42 has found the winning formula again on court this week, starting with a first-round victory over John Millman.

His stand-out win, of course, came in the quarter-finals when he ended Roger Federer’s comeback event, and he completed one of the best weeks of his career with a 7-6 (7-5) 6-2 victory over fifth seed Roberto Bautista Agut.

Asked on court whether he imagined at the beginning of the week he would end it with the trophy, Basilashvili said: “Definitely not. I’m super, super happy. I had zero expectations for sure to win the tournament.”

The final of the Open 13 Provence in Marseille will be between top seed Daniil Medvedev and unseeded Frenchman Pierre-Hugues Herbert.

Herbert, meanwhile, is through to his first ATP singles final since 2019 after upsetting countryman Ugo Humbert 6-3 6-2.

Herbert, who is better known as a doubles player, has already beaten Kei Nishikori and Stefanos Tsitsipas this week and is bidding for a first singles title.