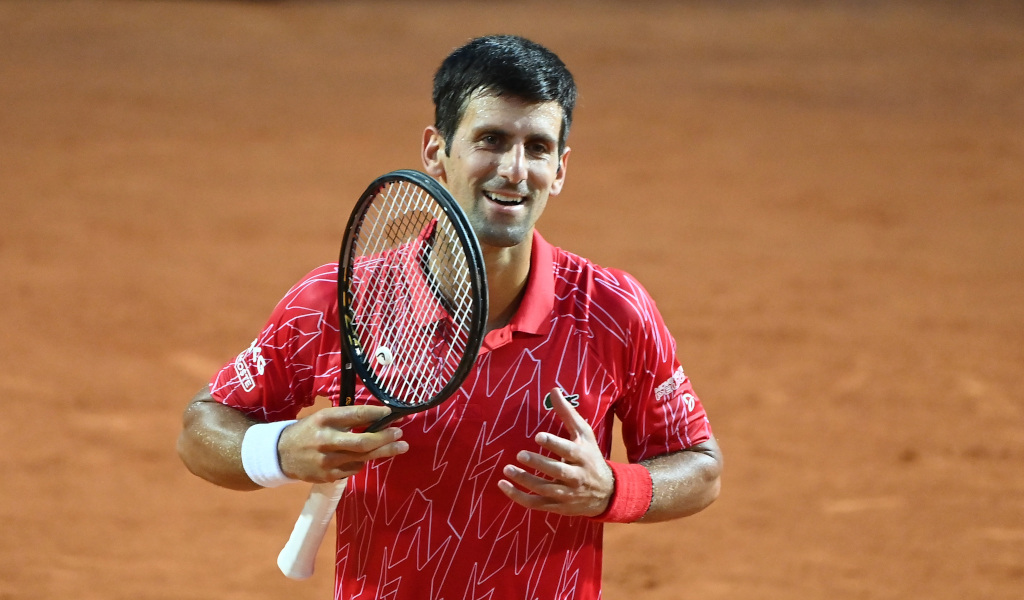 World No 1 Novak Djokovic will have no qualms about showing his emotions as he chases a second French Open title.

The Serb has another chance to challenge for an 18th Grand Slam crown only three weeks after his shock disqualification from the US Open for accidentally hitting a line judge with a ball struck in annoyance.

Djokovic bounced back in typically impressive fashion by winning the Italian Open title in Rome on Monday, maintaining his record of not having lost a match in 2020 barring the disqualification.

The Serbian said: “Obviously I am going to be extra careful of hitting a tennis ball around the court. That’s something that is obviously staying in my mind after what happened in New York. It’s going to stay there for a long time.

“Of course, I will make sure I don’t make the same mistake twice. But I don’t think that this will have any significant negative impact on how I feel on the tennis court. I won the tournament in Rome just a week later after what happened in New York.

“I did not feel any kind of emotional disturbance or difficulty to actually be able to play or still express my emotions in whatever way. Of course, I try to keep my negative reactions on the court as less as possible. But I guess it happens as well.

“I’m not going to be down on myself because of that. I also try to kind of accept it and forgive myself for what happened and move on. I’m a human being. I have flaws as everybody else.

“It’s because I care. I really want to be my best version as a player, as a human being on the court, and win a tennis match. Because of the care that I have for that, I sometimes express my emotions in a good way or maybe less good way.

“I don’t think significantly it does impact me that I’m unable now to show the fist pump or scream or something like that. It has happened in Rome already and everything is fine. I’m back to normal.”

Another potential headache for Djokovic is the French Open’s strict coronavirus rules regarding positive tests.

Any positive test means instant expulsion from the tournament, leading to anger from several players who say they have tested positive as a result of previously having contracted the virus rather than being contagious now.

Djokovic tested positive for coronavirus during the summer at his disastrous Adria Tour, but said: “I am not concerned about the virus being present or not present in me.

“I’m actually not thinking about it at the moment. I’ve been tested negative many times ever since I was positive. Obviously I think the world is still not yet 100 per cent clear on whether once you have the virus it is going to come back or not.

“The rules are as they are here in France. It’s pretty strict. I guess it has to be that way. I am grateful as a tennis player that I have an opportunity to compete and just play in another grand slam. Hopefully we’ll be able to finish this tournament with no big consequences.”

Djokovic will begin his tournament on either Monday or Tuesday against Swede Mikael Ymer.