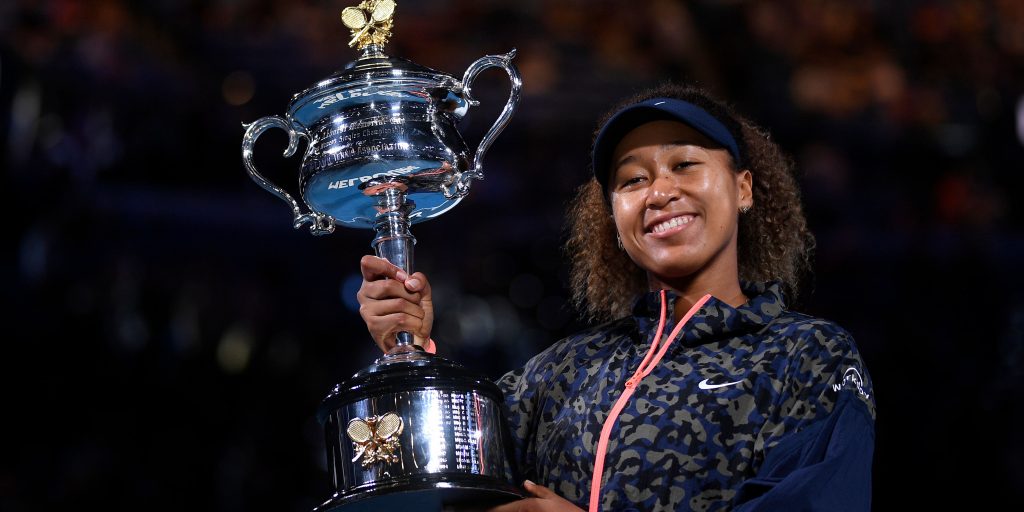 Naomi Osaka will continue to tread her own path but the Japanese star’s fourth Grand Slam title at the Australian Open puts her in rarefied company.

Osaka maintained her perfect record in slam finals with a 6-4, 6-3 victory over first-time finalist Jennifer Brady, adding a second title in Melbourne to the two US Open trophies she owns.

The 23-year-old is just the third player in the Open era to win her first four major finals after Monica Seles and Roger Federer and, on being told that fact, she said with a smile: “My reaction is that that’s very amazing company.

“I hope that I can have one grain of how their career has unfolded. You can only wish and you can only just keep going down your own path. But it’s definitely something crazy to hear.”

Osaka remains behind Ashleigh Barty in the rankings because of the temporary switch to a two-year system but there is no doubt she is the best player in the world on hard courts.

Speaking on Eurosport, former world No 1 Mats Wilander said he expects Osaka to reach double figures in Slam titles, saying: “I think she has 10 in her, minimum, I really do.”

Osaka struggled to deal with her new-found status after winning back-to-back Slam titles in New York and Melbourne in 2018 and 2019 but she has become comfortable with her position and the expectations placed upon her.

She said: “The first time that I won both these trophies, in a way I was just a kid. I didn’t really know what I was doing.

“I was winning my matches but I wasn’t really appreciating the moment, the tournament, how hard it is to even get to the position that I’m in right now.

“So I would say the ups and downs in my career definitely opened my eyes a lot. I don’t look at expectations as a burden anymore.”

Not that she will be getting ahead of herself when it comes to major titles.

“I’m taking it in sections,” she said. “For right now, I’m trying to go for five. After five I would think about maybe dividing the 10, so maybe seven or eight.

When 4️⃣ of your 7️⃣ career titles are Slams #AusOpen | #AO2021 pic.twitter.com/onPt3mD2BH

“I like to take things not big picture. I know that the people that I’m playing against are the best players in the world and, if my time comes to win another Grand Slam, it will come.”

It will surely come sooner rather than later, with the big question now being whether Osaka can translate her success on hard courts to clay and grass.

She has not made it past the third round at either the French Open or Wimbledon but is confident she can improve on both surfaces.

Asked which she thought her first slam title away from hard courts would be, she said: “Hopefully clay because it’s the one that’s sooner. I feel like I have to get comfortable on those surfaces. I didn’t play juniors, so I didn’t grow up playing on grass at all.”

“Hopefully I play long enough to play a girl that said I was once her favourite player.”@naomiosaka is winning Grand Slams and inspiring tennis stars of the future ✨#AusOpen | #AO2021 pic.twitter.com/BaYA3JkZhx

Osaka’s victory extended her winning run to 21 matches dating back more than a year and she hopes consistency can be the hallmark of her 2021 season.

“Anybody can give me a medal if I win all my matches this year, but I don’t think it’s possible,” she said. “Tennis players, we go through ups and downs. I only hope that my ups and downs are less drastic this year.”

Osaka and Brady played a superb match in the semi-finals of the US Open last year but this was only briefly a contest after Osaka overcame some early wobbles to clinch the first set.

Having dropped serve to trail 3-1, Brady fought back to level and put the pressure on her opponent only to dump a weak forehand into the net on Osaka’s first set point.

The third seed then raced into a 4-0 lead in the second set. Brady did well to compose herself and at least ask questions, but Osaka had the answers.

“Tonight I felt like was more of a mental battle,” said Osaka. “I think we were both nervous. I was extremely nervous.

“I honestly just told myself before the match, I’m probably not going to play well, I shouldn’t put that pressure on myself to play perfectly but just go out there and fight for every point.”

Brady, 25, is a late developer having finally realised she could compete with the top players last year and this run, which came despite her having to endure a fortnight in hard quarantine ahead of the tournament, will lift her to 13th in the rankings.

Although the American was disappointed not to end up with the trophy, she leaves Melbourne confident that there could one day be a different ending.

“I think I belong at this level,” she said. “I think winning a grand slam is totally achievable. It’s within reach.

“Playing out there, obviously I was nervous. It didn’t go my way but, at the same time, coming off court I was like, ‘OK, that feels a little bit normal’. It felt different than what I was expecting it to feel.

“If you were to ask me maybe a year ago… it would feel it’s like going to Mars.”