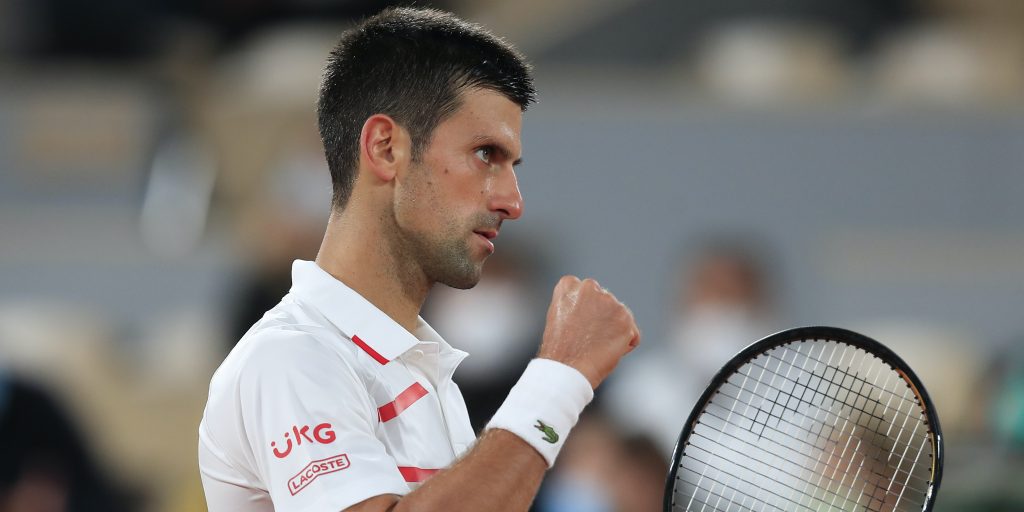 Novak Djokovic feels ready to go “deep into the tournament” after coasting to a straight-sets first-round win over Mikael Ymer at the French Open.

The world No 1 produced a composed display to see off the 22-year-old Swede in his return to Grand Slam action following a shock disqualification from the US Open for accidentally hitting a line judge with a ball he had struck away in annoyance.

Djokovic, who won the Italian Open title in Rome last week, eased through the first set in just 20 minutes under the roof on Court Philippe Chatrier before wrapping up a 6-0, 6-2, 6-3 victory.

The 33-year-old Serbian is chasing an 18th Grand Slam crown at Roland Garros, where he won the title in 2016.

“I am definitely very confident,” said Djokovic, whose comfortable victory over the world number 80 maintained his record of not having lost a match in 2020 barring the disqualification.

“I won every match that I played this year except the one in New York where I was disqualified.

“If you keep on winning, with every match that you win your confidence level raises a notch higher.

“Obviously these conditions are different than what we are used to here in French Open.

“Everyone has been talking about it – the balls, the heavy clay, the cold weather. It all affects the play, of course.

“But I think it’s quite suitable to my style of the game. I actually enjoyed myself on the court today.

“I think I played really well. A few hiccups here and there, but I think generally the game is there.

“I’m ready physically, mentally, emotionally to go deep in the tournament. Hopefully I can have another successful year here in Paris.”

Djokovic will go on to face Lithuania’s Ricardas Berankis in round two.

The world number one maintains he is fully focused on the challenges ahead, rather than the fall-out from events at the US Open.

“I have not had any traces of New York in my mind. I’m over it. Honestly forgot about it, I’m not thinking about it,” Djokovic said.

“I thought I started off extremely well, winning 6-0 first set is the best possible way to start a Grand Slam.

“This is exactly what my intentions will be, trying to get off the blocks very strong with a good intensity.”