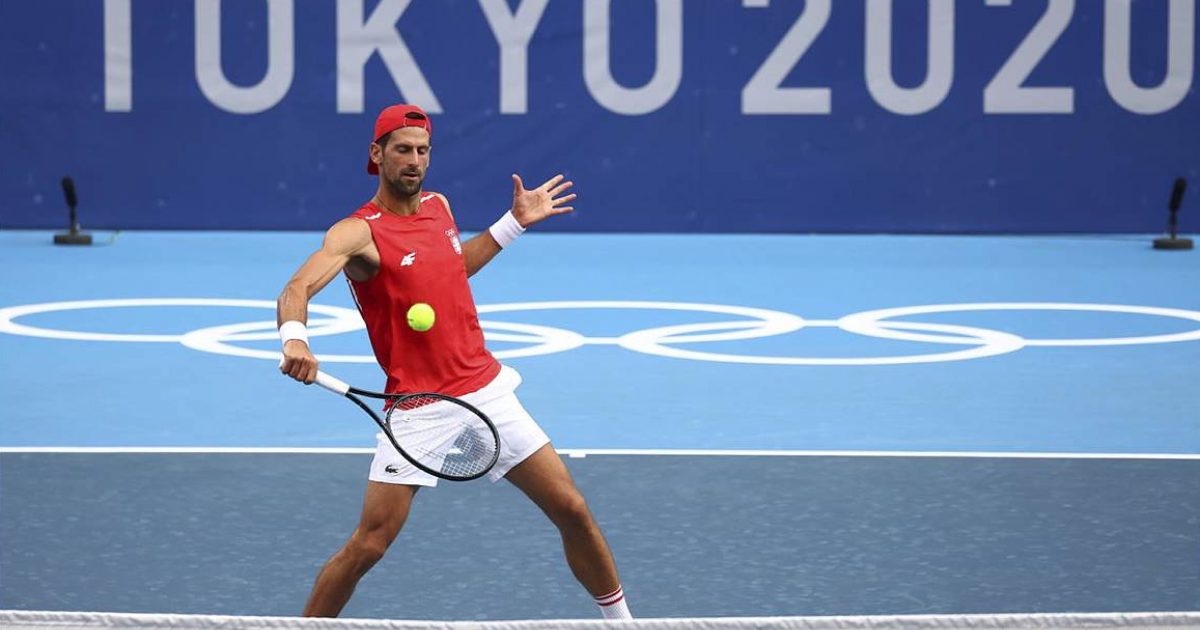 Novak Djokovic may have to beat Alexander Zverev and Andrey Rublev to reach the gold medal match in the Tokyo Olympics after the world No.1 received a challenging draw.

The Serbian is attempting to add a gold medal to his already incredible season that has included victories in the first three Grand Slam events of 2021.

Now he has learned his fate in Tokyo, where he will open up with a match against Bolivia’s Hugo Dellien.

Competing in his fourth Olympics, Djokovic is seeking a first gold medal after collecting a bronze medal at the 2008 Beijing Olympics, while losing to Juan Martin Del Potro in bronze medal match at the 2012 London Olympics against the same opponent at the 2016 Rio Olympics.

Djokovic was unsure whether he would travel to Tokyo for the event, but he has arrived and practiced with his old friend and rival Andy Murray on Thursday.

World No. 2 Daniil Medvedev will make his Olympic debut in the same half of the draw as third-seeded Greek Stefanos Tsitsipas while Rublev takes on Rio bronze medallist Kei Nishikori of Japan in the first round.

Great Britain’s Andy Murray is looking to win a third straight singles gold medal in Tokyo, but he has been handed a tough first round draw against Canadian 15th seed Felix Auger-Aliassime.