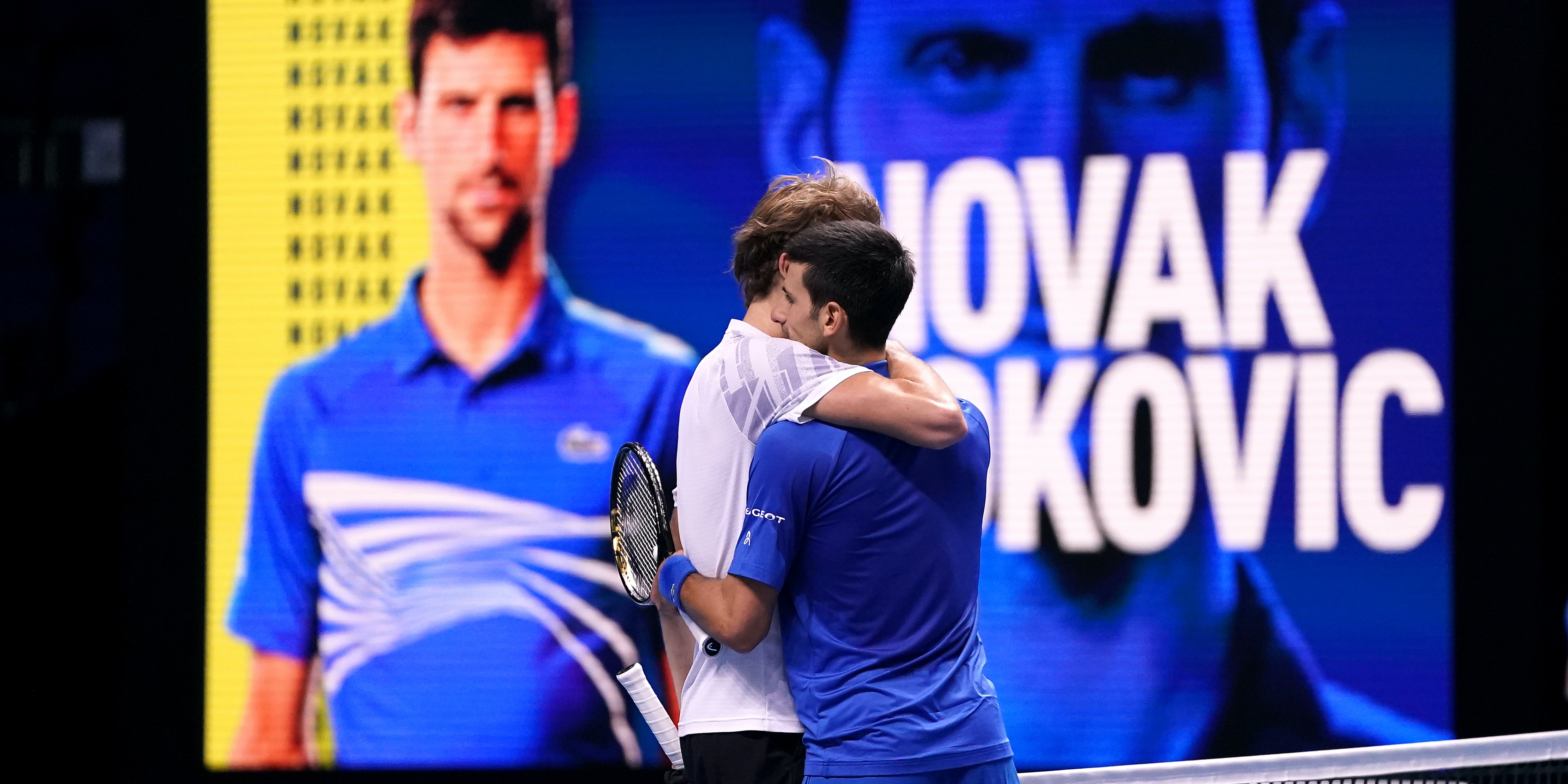 Novak Djokovic defeated Alexander Zverev to set up a semi-final clash against US Open champion Dominic Thiem at the Nitto ATP Finals.

For the second day in a row at London’s O2, one of the world’s top two tennis players found himself in a straight shoot-out for a place in the last four.

The top seed’s victory means the world’s top four players make up the last four, with Daniil Medvedev already through as group winner ahead of his clash with Diego Schwartzman on Friday evening.

Djokovic was well beaten by the Russian in his second match, producing a performance that was well short of his best, but he was quickly on the front foot here, winning the first seven points.

A Zverev double fault handed him the break and that was all the advantage he needed to claim the first set.

Zverev – the only man to beat Djokovic, Nadal and Roger Federer at the tournament – was below his best in his first two matches, although he rejected suggestions that the focus on serious assault allegations made by an ex-girlfriend, which he strongly denies, was having an effect on him.

The German improved in the second set, beginning to put some real pressure on the Djokovic serve, although he was unable to force a break.

Djokovic still was not playing at the top of his game but, as he so often does, he found a way to win the points he needed and a fine tie-break saw him across the finish line.

It is the ninth time in 13 appearances at the tournament that he has made the knockout stages and he is two victories away from a record-equalling sixth title.