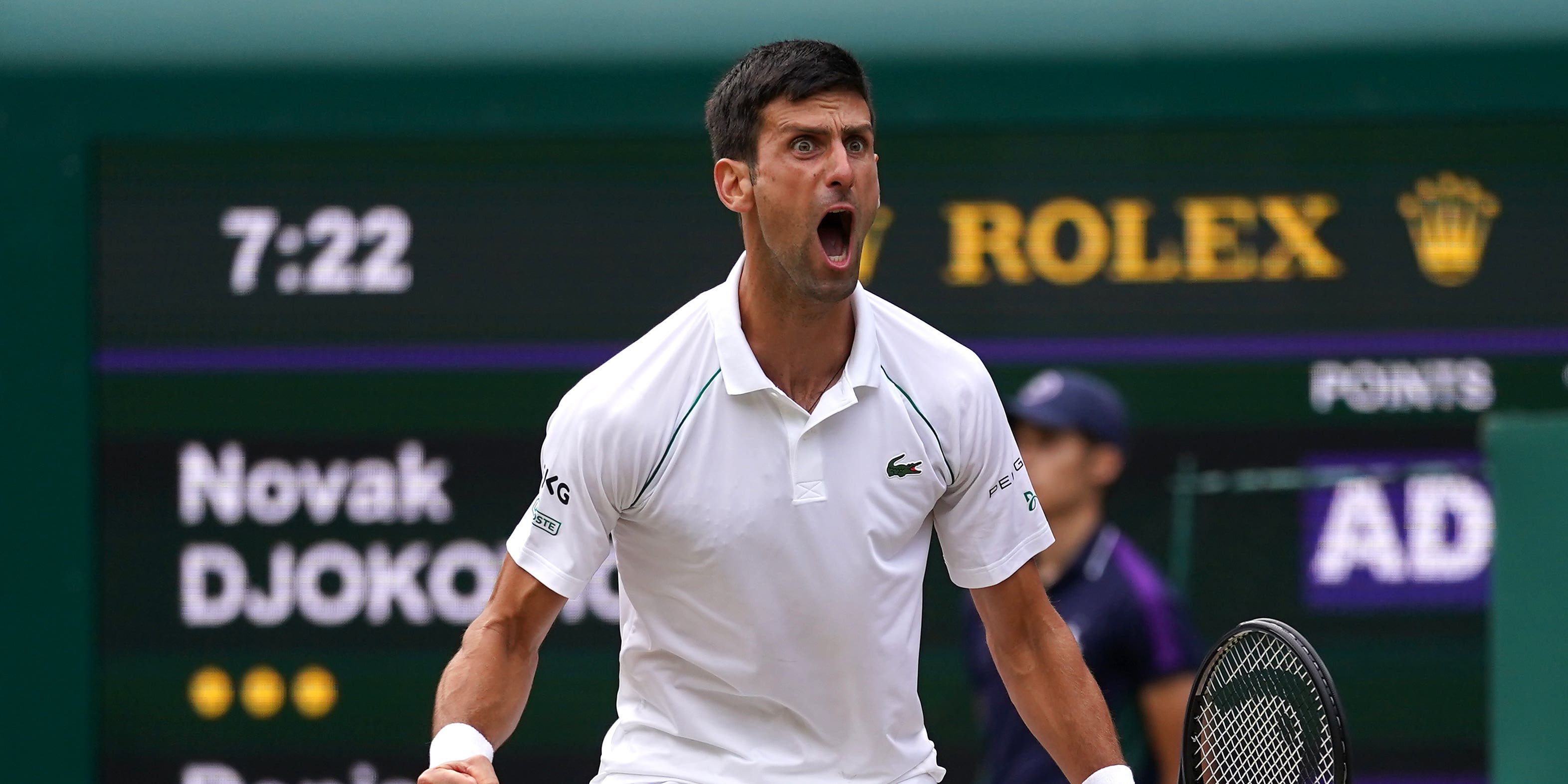 Novak Djokovic is wary of “red hot” Matteo Berrettini with history on the line for both players in the Wimbledon men’s final on Sunday.

Djokovic is playing arguably the biggest match of his career. Victory would see him achieve a decade-long goal of equalling Roger Federer and Rafael Nadal’s record of 20 Grand Slam titles.

It would also see him become the first player since Rod Laver in 1969 to win the first three titles of the year, keeping him on track to emulate the Australian by claiming a calendar Grand Slam.

Throw in an Olympic singles gold medal in Tokyo, for which he will also be favourite, and Djokovic would become the first man ever to win a Golden Slam.

The world number one showed once again in his semi-final victory over Denis Shapovalov that, when it comes to winning the key points in a match, he is unparalleled.

But that is a lot of potential history for even a man as mentally strong as Djokovic to carry and, in big-serving Italian Berrettini, he is facing the form player of the season on grass.

Djokovic told the Serbian press after his victory on Friday, meanwhile, that he had been struggling with a stomach problem.

“With big weapons in serve and forehand, he can play well, which he has proven, on any surface,” said Djokovic of Berrettini.

“We played against each other in the quarters of Roland Garros, which was a very tight and very tough four-setter.

“Obviously grass favours him even more, favours his game. If he serves big, as he did throughout the entire tournament, it’s tough to break his serve, it’s tough to go into the rhythm, to find a good positioning to return, make him play.

“But I believe in my return. I think return has served me very well throughout my career. Hopefully I’ll be able to get a lot of those serves back and wait for my chances.

“I will have to also serve myself efficiently. It’s the final. It’s really anybody’s game. He’s arguably the guy who has been in the best form on grass courts this year, winning Queen’s. He’s red hot. It’s going to be a great battle.”

Berrettini, a 25-year-old Roman ranked ninth, came into Wimbledon as one of the favourites having won his first grass-court title at Queen’s Club, and is on an 11-match winning run.

To extend that he will have to do what no one other than Nadal has managed for five years and defeat Djokovic in a Grand Slam final.

While Federer and Nadal’s dominance has faded, Djokovic – barring his self-inflicted exit from the US Open last year – has been a one-man defence force in keeping the younger generation’s hands off the biggest titles.

He has defeated Daniil Medvedev and Stefanos Tsitsipas in back-to-back slam finals this year and will now look to add Berrettini to the list.

The Italian has maintained a relaxed demeanour all the way through the tournament and must try to keep that as he bids to become the first Italian player to win a singles title at Wimbledon.

“I’m just so, so happy for everything,” he said. “My year started in a good way, with the finals in ATP Cup. Then I got injured again. I kind of saw those ghosts again of my body kind of struggling.

“Again, I came back stronger. I think I fully deserve to be here. I want to enjoy my first final.

“Obviously the job is not done yet. I want to get the trophy now that I’m here. But it’s really an unbelievable feeling.”