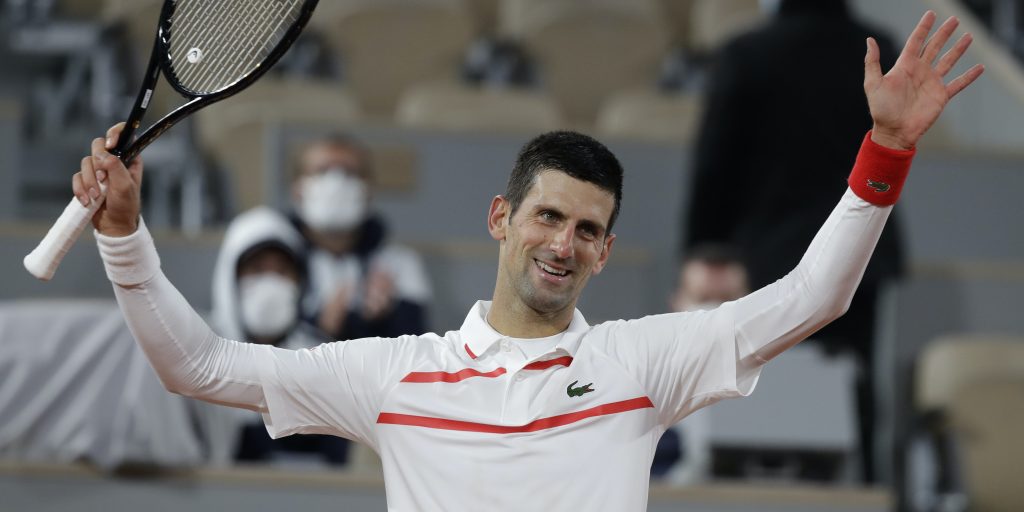 Novak Djokovic dropped just five games for the third match in a row to ease into the fourth round of the French Open.

The world number one was up against lucky loser Daniel Elahi Galan and – although the Colombian made a match of it in the second and third sets – he was unable to really test Djokovic, who came through 6-0, 6-3, 6-2.

It was a 71st victory at Roland Garros for the Serbian, taking him clear of Roger Federer and into second place behind Rafael Nadal, and he is through to the last 16 for the 11th year in succession.

If tennis doesn’t work out, we have a job for you @DjokerNole 😉 🧹#RolandGarros pic.twitter.com/B56ubcRQSS

Djokovic’s biggest worry was the conditions, with the Serbian refusing to carry on playing while the roof was shutting during the second set after Galan slipped with rain falling.

The top seed even got involved with sweeping the court in preparation for play to restart and expressed frustration afterwards that the roof was not deployed from the start.

He said: “This is exactly the reason why you build the roof so why not use it?

“You just lose a lot of time while the roof is closed or one side of the court is wet and you need to wait until it’s able for us to continue play. So I did feel like it was a wrong decision in my opinion not to close the roof right away.”

Galan was one of a number of unheralded names through to the third round, and the last 16 in the men’s draw features three men ranked outside the world’s top 150.

Djokovic said: “There is heightened awareness or caution when you play someone for the first time, because obviously they can come out firing and really have nothing to lose and just play the tennis of their lives.

“But I think also, if you impose yourself from the very beginning on the court, which I have in those first three matches here, then it makes it hard for them to really believe that they can come back.

“But it’s really nice I think overall for tennis to see new faces, young players. (Sebastian) Korda, obviously his father was a champion, and him coming in and reaching the fourth round is a great story.” 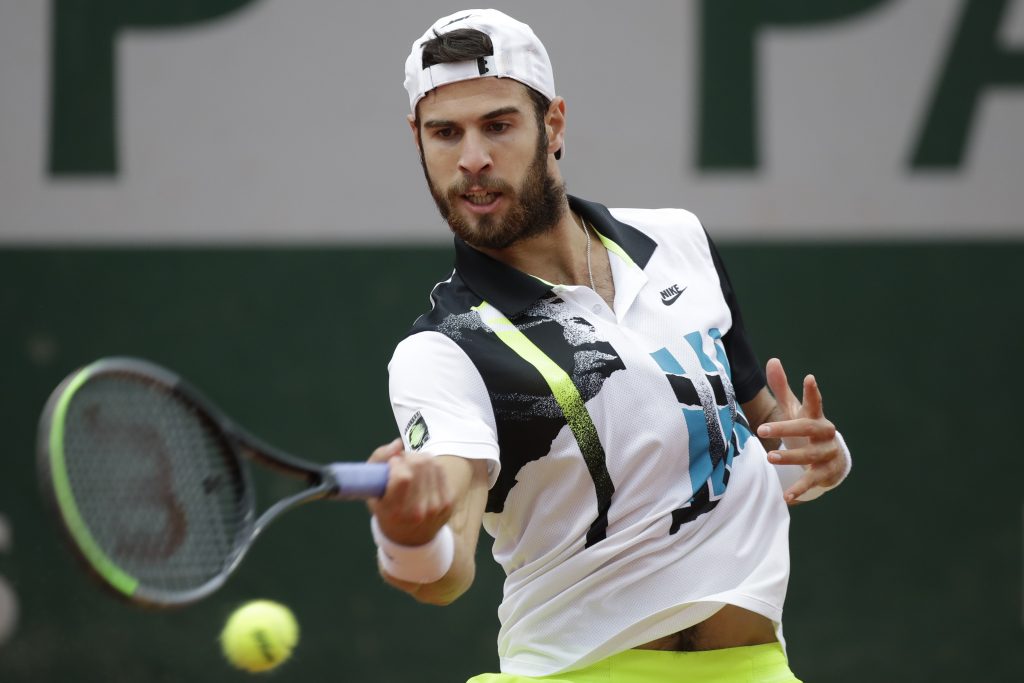 In the last 16, Djokovic will take on a much more familiar name in Russian 15th seed Karen Khachanov, who reached the quarter-finals last year and is having another good run, beating Christian Garin 6-2, 3-6, 6-4, 6-2 in round three.

Stefanos Tsitsipas and Grigor Dimitrov will clash next after both benefiting from injuries to their opponents.

Tsitsipas was leading Aljaz Bedene 6-1, 6-2, 3-1 when the Slovenian called it a day because of an ankle injury. Dimitrov, meanwhile, had just won the second set against Roberto Carballes Baena when the Spaniard decided he could no longer continue.

It is the first time Dimitrov has made the fourth round at Roland Garros at the 10th try, and he said: “I don’t know how many times I’ve been in the third round here.

“I appreciate the moment. I appreciate the stage that I’m at. All I’m doing right now is just being consistent. Everything is in place. My shots are there, my serve is there. I’m just going in the moment, trying to stay within myself, going one day at a time.”

The shock of the day was caused by German qualifier Daniel Altmaier, who knocked out seventh seed Matteo Berrettini 6-2 7-6 (5) 6-4 to reach the fourth round at his first grand slam.

The 22-year-old, who has been beset by injury problems, revealed he has been helped by British boxers David Haye and Anthony Joshua through his sponsorship from Sky.

Altmaier said: “I was working really hard with my team to be in this position, to feel stable, to really play well and compete against the top guys. I always believe in this, so I think that’s why it’s happening at the moment.”

Altmaier will take on Pablo Carreno Busta, who won an attritional battle against his fellow Spaniard Roberto Bautista Agut 6-4, 6-3, 5-7, 6-4.

Thirteenth seed Andrey Rublev continued his strong form with a 6-3, 6-2, 6-3 victory over Kevin Anderson, and the Russian will face unseeded Hungarian Marton Fucsovics, who saw off Thiago Monteiro 7-5, 6-1, 6-3.