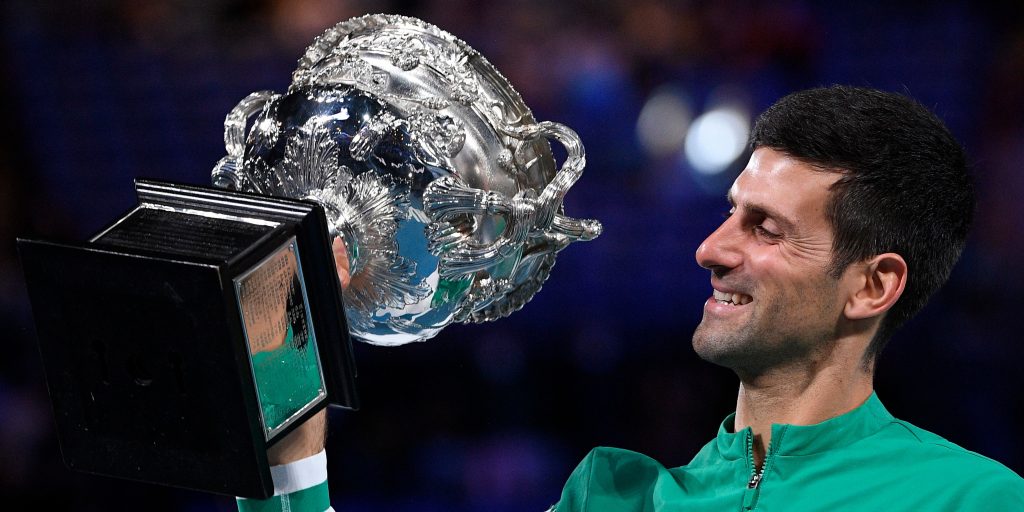 Novak Djokovic maintained his position as the king of Melbourne after what he described as the most emotionally challenging of his 18 Grand Slam titles.

Half of those trophies have come at the Australian Open, where Djokovic extended his perfect record in finals with a dominant 7-5, 6-2, 6-2 victory over Daniil Medvedev.

The world No 1’s record seemed to be under considerable threat given the form of his Russian opponent, who went into his second grand slam final on a run of 20 successive victories, but Djokovic struck yet another blow against the younger generation.

The outcome may have been familiar but this was anything, but a straightforward trip for Djokovic, who was heavily criticised for seeking better conditions for players during the two-week quarantine period and then suffered what he confirmed on Sunday to have been an abdominal muscle tear during his third-round victory over Taylor Fritz.

The 33-year-old said: “It has been definitely emotionally the most challenging Gand Slam that I ever had, with everything that was happening, injury, off-the-court stuff, quarantines. It has been, least to say, a roller-coaster ride in the last four weeks.”

Djokovic will go down in history as arguably the best player of all time, but he has had to face persistent negative publicity over the last year, from his disastrous Adria Tour, which caused a coronavirus outbreak, to his disqualification from the US Open for hitting a line judge with a ball, and establishment of a new player association.

The King of Melbourne Park.

Requesting quarantine leniency in a city that was heavily sceptical of the decision to stage the tournament went down like a lead balloon.

Djokovic said: “Of course, it’s not nice to hear that. It also seems unfair from some people that criticise and judge without really checking before.

“But it’s not really the first time. I have so much experience with this because it happened so many times in my life. It will probably not be the last one. I didn’t allow it to hinder my performance. I think winning the trophy is in a way my answer.”

Djokovic also had the last laugh on those eager to herald the end of the dominance of the big three of the Serbian, Rafael Nadal and Roger Federer.

Speaking ahead of the final, Djokovic told Eurosport of the new generation: “They still have a lot of work to do. I’m not going to stand here and hand it over to them. I am going to make them work their a**e off for it.”

With a smile, he said on Sunday: “It was a risky statement. But I think I deserved over the years my position to say something confident about myself and my game and my record in the finals.

“Nevertheless, I didn’t mean any disrespect to Daniil or anybody that is part of the next generation. Obviously they’re going to slowly but surely take over. It’s not happening yet. People have been talking about it like it already happened but the top spots are still held by Rafa and myself.”

Djokovic is guaranteed to reach one of his major career goals by surpassing Federer’s record of 310 weeks at world number one.

He remains two Slam titles behind Nadal and Federer, and winning the biggest trophies will be his clear priority for the rest of his career, with Djokovic set to play sparingly while coronavirus-related restrictions prevent him travelling with his young family.

Coach Goran Ivanisevic described Djokovic’s performance as a masterpiece and said this was a title the Serbian needed after the disappointments of the US Open and his heavy final loss to Nadal at the French Open.

“He needed (it), if he wants to break the record, if he wants to catch Roger and Rafa,” said the former Wimbledon champion. “Rafa is going to win one more, maybe two for sure, French Opens. You need to keep going winning.”

Djokovic’s history of apparently miraculous recoveries from physical ailments led to scepticism of his latest problem, but Ivanisevic admitted he was very concerned.

“I know that he has the mind to overcome the pain and everything,” said the Croatian. “But when I heard what it is, it was not easy to hear the news.

“We did a (coronavirus) test every day before the match because you need a test before you fly. Then at the end it became like a lucky charm.

“He’s amazing. Mentally I never met somebody like that. People criticise him, they say this and that. I witness something that is amazing. This victory with what he had is unbelievable.”

It was a disappointing evening for Medvedev, who fought back from two sets down to push Nadal to five in his first slam final at the US Open in 2019 but never looked capable of staging a repeat. 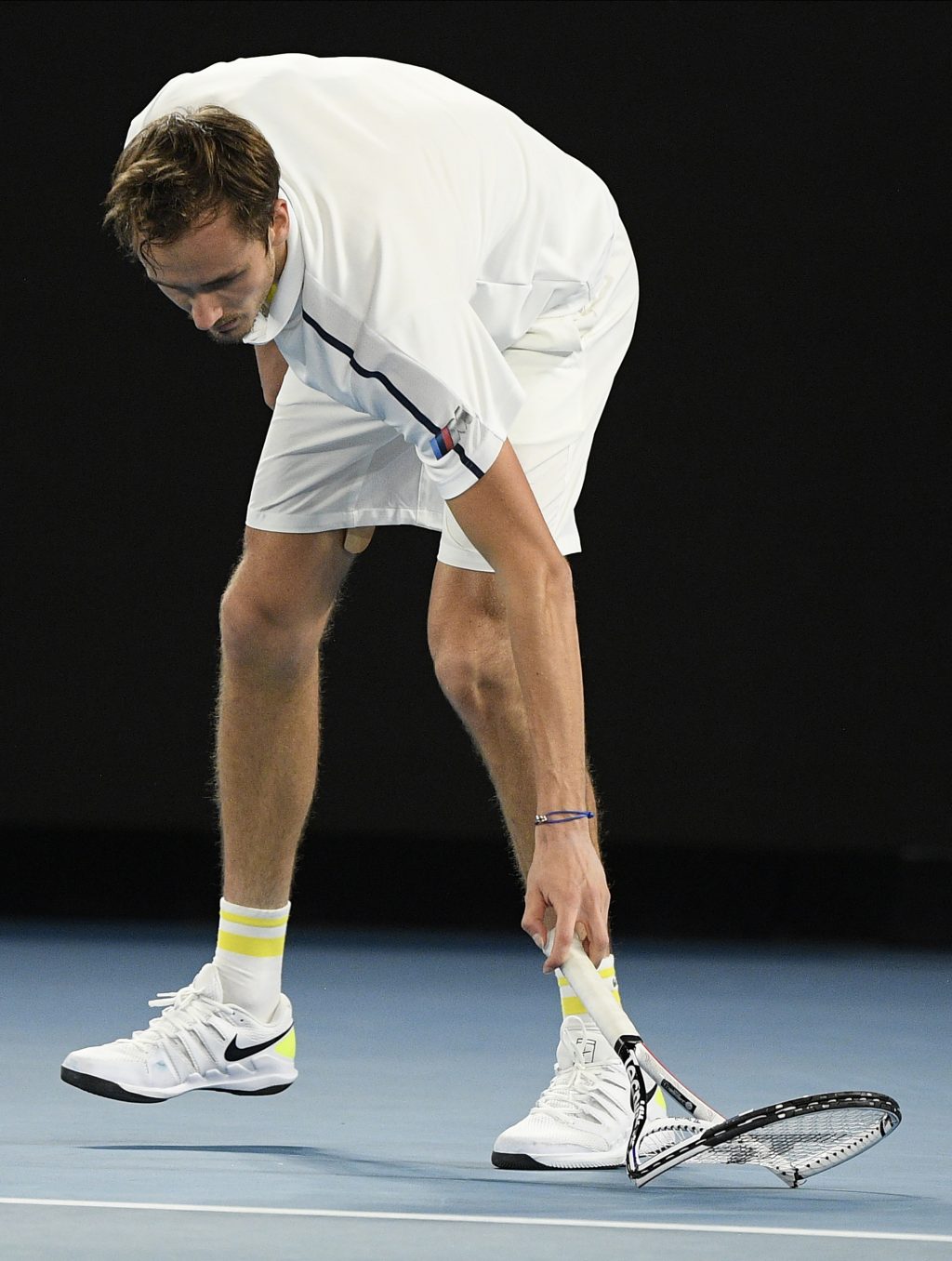 “I feel like it’s the kind of matches I won throughout this tournament that he won today,” said the 25-year-old, who had his serve broken seven times.

“I think I got closer because I always say experience is the key for me. Next time if I play Novak ever here in the final, I’m for sure going to do some things on the court, maybe off the court also, differently. Doesn’t mean that I will succeed, but that’s life of a tennis player.”