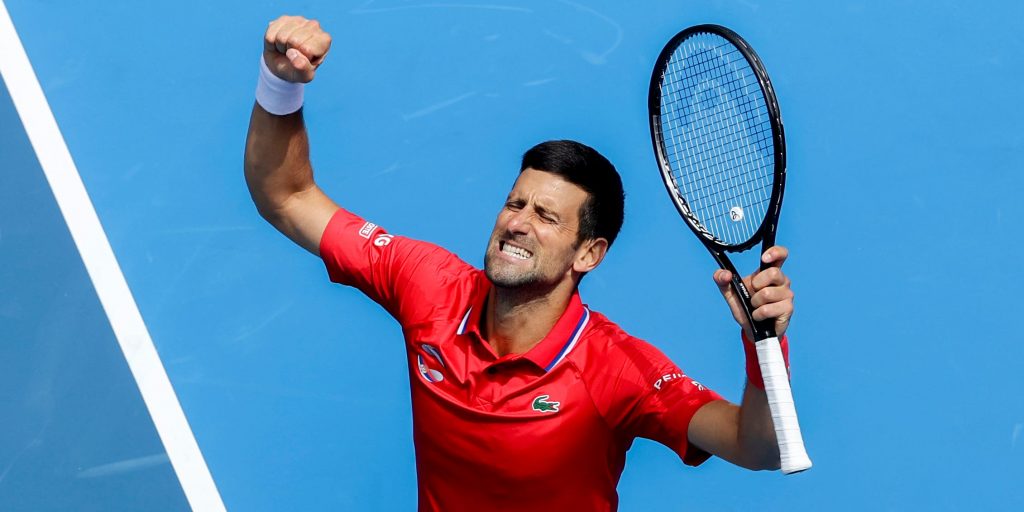 Novak Djokovic continued his unbeaten record at the ATP Cup but Rafael Nadal caused concern by pulling out of Spain’s opening contest with a sore back.

The world number two had been due to feature in Spain’s clash with hosts Australia at Melbourne Park but wrote on Twitter: “Hi all, we have decided with Team Spain and my team, to not play today the first match of the ATP Cup here in Melbourne since I have a stiff low back.

“Hopefully I’ll be better for Thursday.”

The decision appeared to be a precaution, with Nadal actively supporting his team-mates from the sidelines.

And Spain coped well without the 20-time grand slam champion, wrapping up victory with two singles wins. Pablo Carreno Busta defeated John Millman 6-2 6-4 before Roberto Bautista Agut fought back from a set down to see off Alex De Minaur 4-6 6-4 6-4.

Djokovic won all eight singles and doubles match in the inaugural edition of the tournament – which pits national teams against each other – last year to propel Serbia to the title.

He picked up where he left off with a 7-5 7-5 victory over Canada’s Denis Shapovalov and then teamed up with Filip Krajinovic to win the deciding doubles after Milos Raonic had beaten Dusan Lajovic.

It was not a good day, though, for US Open champion Dominic Thiem, who was beaten 6-2 6-4 by Matteo Berrettini. Denis Novak defeated Fabio Fognini 6-3 6-2 but Thiem and Novak lost 6-1 6-4 to Berrettini and Fognini as Italy secured victory.

Thiem shrugged off the disappointment, saying: “(The) first official match is always something different with all the tension and the nerves and everything.

“I thought in general that he played a very good match. Towards the end it got better from my side but actually, I’m never the guy who has the greatest starts to a new season or after a long time off. There’s many, many things to improve and to adjust still.”

Russia, the only country with two top-10 singles players, made a strong start with straight-sets victories for Daniil Medvedev and Andrey Rublev over Argentinian duo Diego Schwartzman and Guido Pella, respectively.

In the Murray River Open, Nick Kyrgios played his first match for almost a year and edged to a 3-6 6-4 7-6 (4) victory over Frenchman Alexandre Muller.

The 25-year-old, who needed treatment on his knee at the end of the first set, was happy with the way he handled the situation.

Kyrgios said: “After the first set I could have panicked. So I’m actually happy the way I dealt with it and I just drew from experience. I was nice to myself.

“It was a strange one, to be out there again playing a competitive match. Just the scoring system seemed a bit weird.

“It was fun to be out there again, and obviously good to win, but I had a couple injuries coming through this last year. Actually more so than I would playing. So I just wanted to see what my body would do, and it actually did pretty well.”

At the Great Ocean Road Open, there were victories for three players who endured hard quarantine.