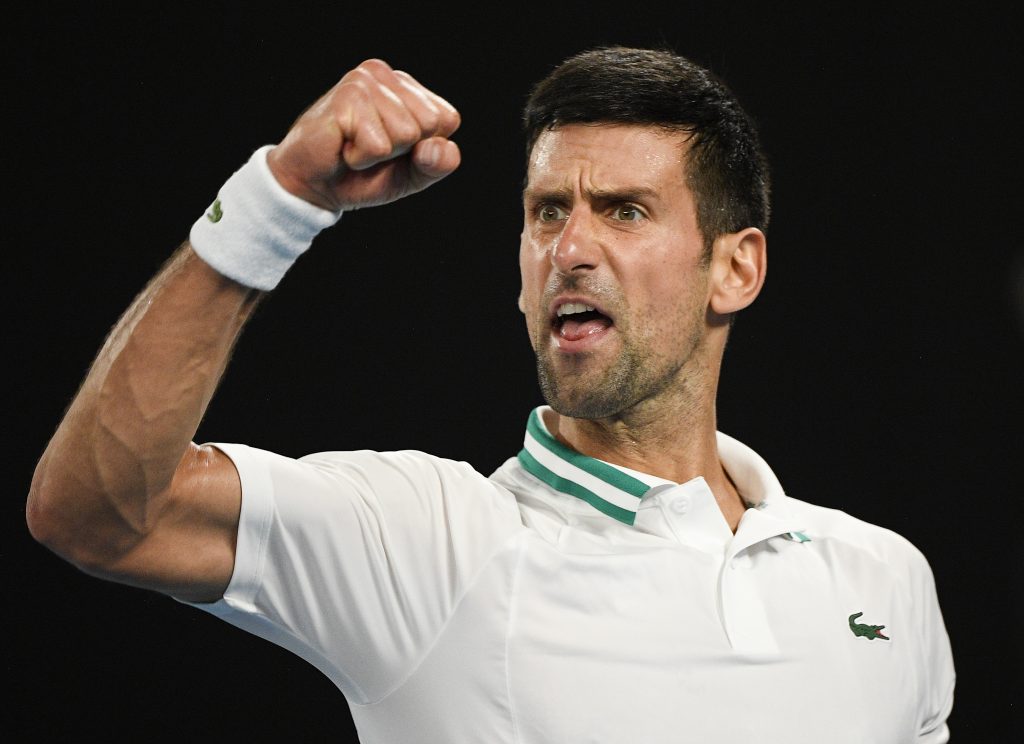 Novak Djokovic declared himself back in peak condition after ending the run of qualifier Aslan Karatsev to reach a ninth Australian Open final.

The world No 1, who has won the title on each of the eight previous occasions he has reached the semi-finals in Melbourne, claimed his first straight-sets win since the first round, beating the number 114 from Russia 6-3, 6-4, 6-2.

It was a much-needed comfortable evening for Djokovic after the dramas of his tournament so far, including an abdominal injury suffered in a third-round five-setter against Taylor Fritz and a nail-biting victory over Alexander Zverev in the quarter-finals.

The 33-year-old said: “It took a lot out of me. I was exhausted, especially after Zverev’s match, but I was thrilled to overcome those huge challenges. I knew that once I triumphed over Zverev that things will be better. I just had that kind of inner feeling and proved to be right.

“I am surprised the way I felt tonight. I think it surpassed, in a way, my greatest wishes and the way I wanted to feel. But at the same time, I did have kind of similar experiences in the past where I was managing to recover pretty quickly.”

This was not entirely straightforward, with Karatsev clawing his way back from 1-5 to 4-5 in the second set and forcing Djokovic to save two break points.

The roar let out by the top seed when he clinched the game showed what a big moment it was, and he ended with a run of four games in a row. 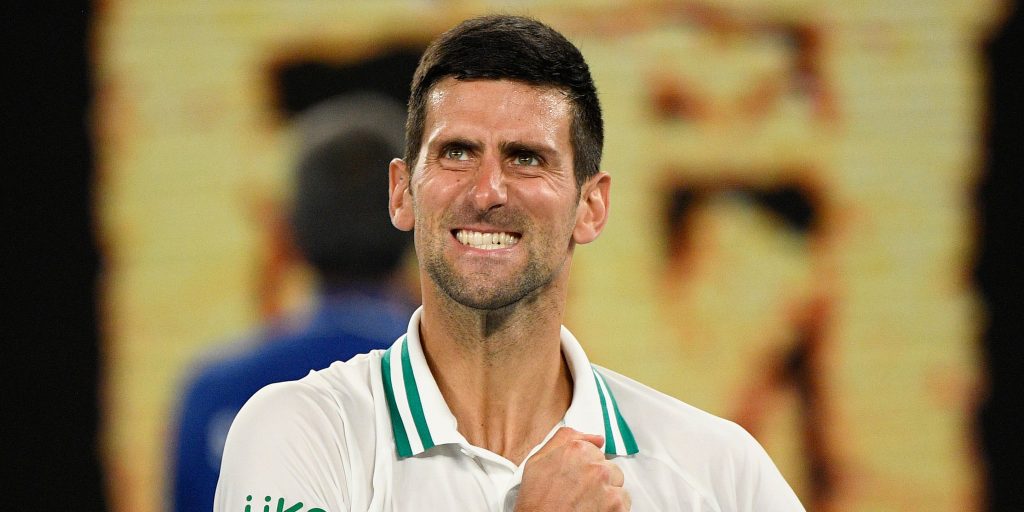 Djokovic will bid for his 18th Grand Slam title on Sunday in his 28th final, with Daniil Medvedev and Stefanos Tsitsipas doing battle on Friday night in the second semi-final.

Whoever wins will have their work cut out to stop Djokovic, and the Serbian added: “I’m just very pleased with the performance. It came at the right time. Before the last match in a Grand Slam, it couldn’t be better timing for me to play my best tennis.

“I’m also happy that I have two days off now. Still recovery is the priority. I’ve played enough tennis. I’m feeling great on the court.

“Regardless of who I face on Sunday, I’m ready for the battle, for the toughest match of the tournament, without a doubt. Both of these guys are in great form.

“Medvedev is playing on an extremely high quality. He’s on a winning match streak, over 20 matches won. He’s just the man to beat.

“On the other hand, Tsitsipas produced some phenomenal tennis last night against Rafa (Nadal). Coming back from two sets down against Rafa at a Grand Slam, any Grand Slam, is a huge effort.”

Karatsev’s victory over Grigor Dimitrov on Tuesday made him the first man in the Open era to reach the semi-finals on his grand slam debut, and he had been looking to become the first qualifier to make a final.

The 27-year-old Russian, who will rocket into the top 50 having never previously been inside the top 100, was far from overwhelmed against Djokovic but he discovered just why the Serbian is renowned as arguably the greatest defensive player the game has seen.

Karatsev said: “It was a great two weeks for me, starting with the (qualifying). It’s a good experience. To play against Novak, it helps me to get this experience, to feel the game, the way how he’s playing.

“Now I will be playing all big tournaments. So I’ll get this confidence and just keep playing, keep practising.”